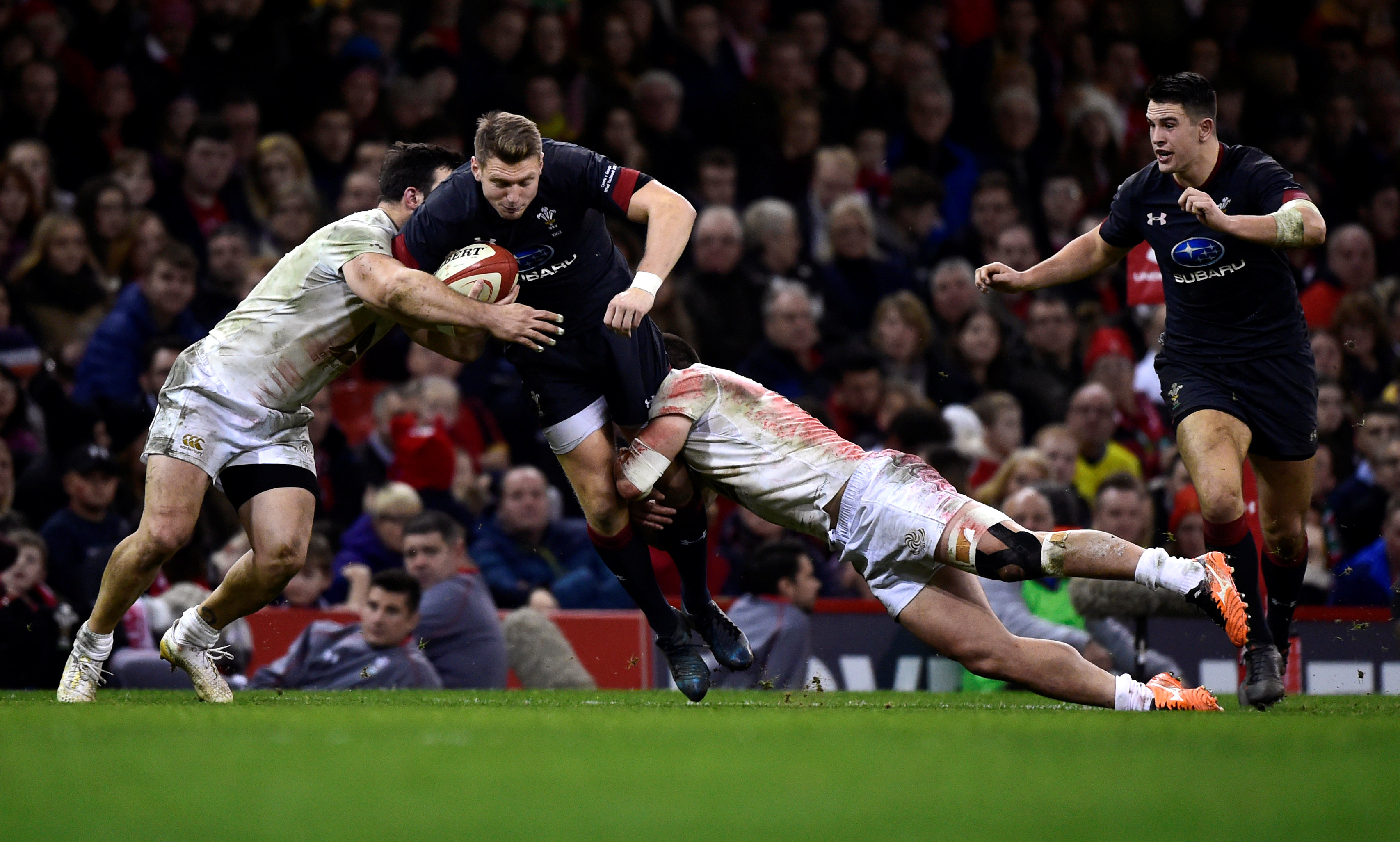 Cardiff: A second-string Wales team held on for a narrow 13-6 win over Georgia on Saturday with stout defence denying the East European country a first win over a top tier rugby-playing nation in a controversial finish at the Principality Stadium.
There was a single try from Wales winger Hallam Amos in the first international between the two countries that will seen as a morale triumph for Georgia, who have been lobbying for a place in the Six Nations Championship.
Wales, who made 14 changes to the team that lost 29-21 to Australia last weekend, crossed the Georgia line three times but only Amos’s 20th minute effort was awarded in a match that only livened up near the end as Georgia pushed for an upset result.
They might have grabbed a draw at the end in a controversial finish that mirrored Wales’ loss to France in the Six Nations in Paris last March which later led to a reprimand to the French for manipulating the rules to their advantage.
This time Wales substitute Tomas Harris was sin-binned in the final minute, handing Georgia a penalty yards from the try line.
Wales claimed they did not have any more fit props to come on, even though Leon Brown and Nicky Smith were still standing on the sideline encouraging their team mates after being replaced, and so the referee ordered an uncontested scrum which denied the visitors an opportunity for a pushover try.
Georgia instead kicked for a lineout, then went through 11 phases as they attacked the Welsh line before being penalised for not releasing the ball and losing their chance for a draw.
The game's only try came after a long skip pass from Rhys Priestland as Wales won a lineout and allowed their backline to sweep the ball across the length of the field and for Amos to go comfortably over.
Priestland kicked two penalties and a conversion while fullback Soso Matiashvili kicked over two penalties for Georgia, who were 10-3 down at half-time.
The teams meet again in two years’ time at the Rugby World Cup in Japan.
Wales have two more Tests in Cardiff in the next fortnight against world champions New Zealand and South Africa.