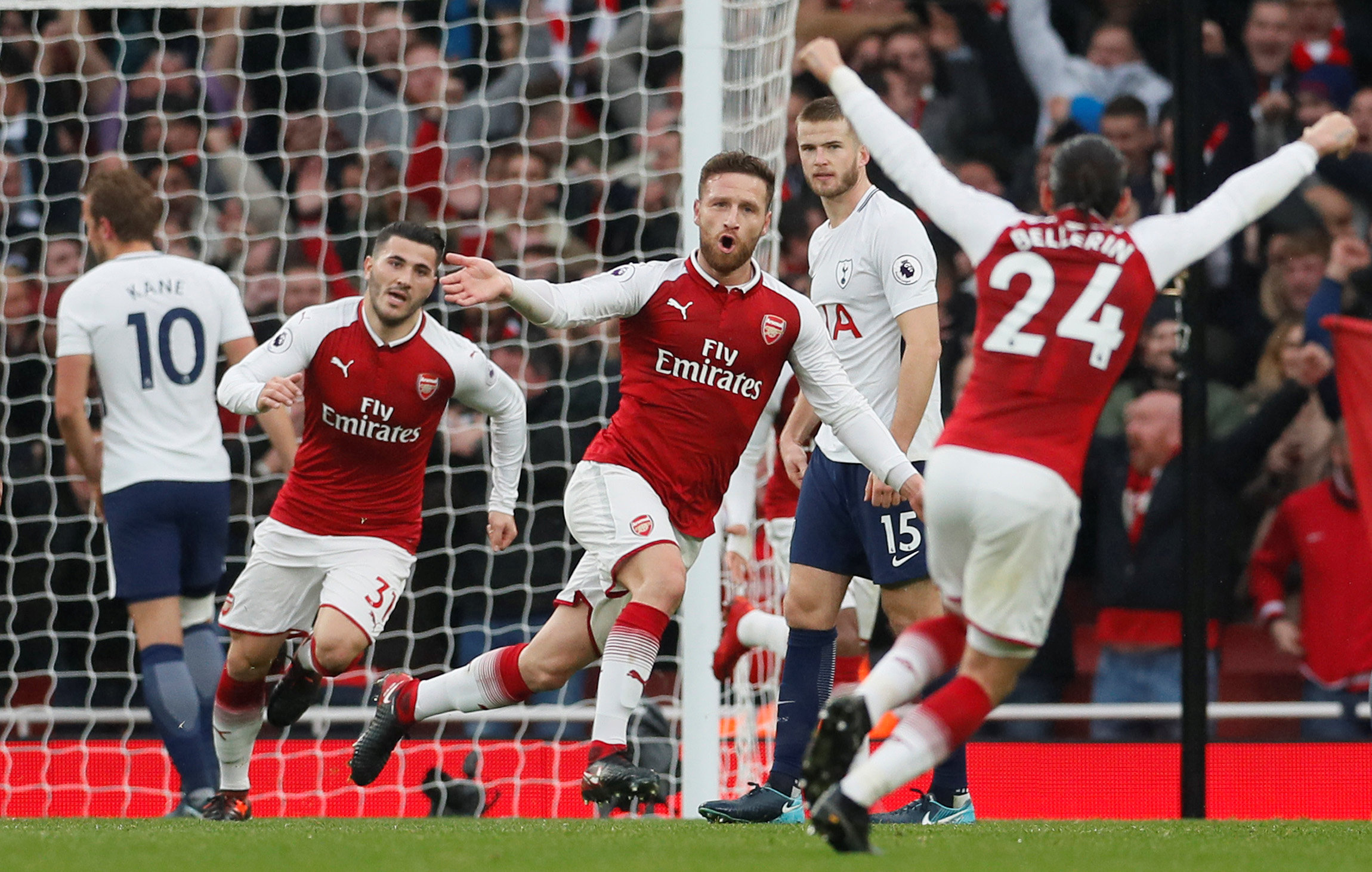 London: Shkodran Mustafi and Alexis Sanchez earned Arsenal a convincing 2-0 Premier League win over Tottenham Hotspur in the north London derby at the Emirates Stadium on Saturday.
Mustafi opened the scoring with a superb 36th-minute header and Sanchez doubled the advantage five minutes later with a close-range strike.
The result lifted Arsenal to fifth place in the table on 22 points, one behind Spurs.
Arsenal have now won 11 Premier League matches in succession at their home ground after their first league victory over arch-rivals Spurs in seven games.
The hosts started the better and Alexandre Lacazette should have done better than scoop a right-footed shot from the edge of the box high and wide in the fifth minute.
Harry Kane fired straight at Petr Cech a minute later but Arsenal remained the more potent attacking force and almost took the lead when Hector Bellerin’s 10th-minute cross only just missed Lacazette's toe.
Tottenham were operating solely on the counter and went close twice in quick succession, Christian Eriksen scraping the outside of the post in the 33rd minute before Kane’s deflected header was saved by Cech.
They were made to pay in the 36th minute, following a disputed foul from Davinson Sanchez on Alexis Sanchez. Ozil floated the resulting free-kick into the box and Mustafi found the top corner with a brilliant guided header.
The hosts were now buoyant and doubled the lead five minutes later with another raid down the right flank.
Lacazette was fed by Bellerin and cut back for Sanchez, who made a mess of his first touch but lofted his second high into the net from a tight angle.
Tottenham were more urgent after the break but were unable to fashion clear-cut opportunities and increasingly became vulnerable to Arsenal counter-attacks as they pushed forward in search of an equaliser.
Sanchez had three chances to put the match beyond Spurs but lashed one of the efforts high and had the other two saved by Tottenham goalkeeper Hugo Lloris.
Any hope of a way back into the match for Tottenham seemed to disappear when manager Mauricio Pochettino took off Kane and Dele Alli, both of whom were returning from injuries that had ruled them out of international duty.