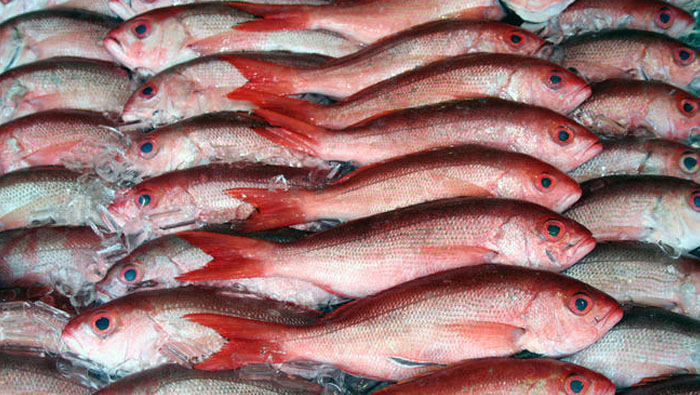 Muscat: Oman achieved high rate of self-sufficiency in fish production, exceeding 200 per cent in some years, while in 2016 it reached about 176 per cent.
The monthly average of Omani household expenditure on fish and marine products reached OMR18.6, according to household expenditure and income data survey 2016.
The total value added of the fish sector in the Sultanate at the end of 2016 amounted to OMR197.3 million with a growth rate of 17.7 per cent compared to 2015. The gross value added amounted to OMR189.9 million and the contribution of the sector to GDP increased 0.8 per cent in 2016 from about 0.6 per cent in 2015, according to statistics released by the National Centre for Statistics and Information (NCSI).
The fisheries sector is expected to achieve an average growth rate of 6.5 per cent during the Ninth Five-Year Plan (2016-2020).
Of the total output of 280,000 tonnes, there was an increase of 8.7 per cent compared to 2015. Fish exports increased by 15 per cent in 2016 to 151,800 tonnes but the value of export decreased by OMR3.8 million compared to 2015 to OMR72.7 million.
The GCC countries accounted for 60 per cent of the Sultanate's fish exports quantity, 44 per cent of which was to the United Arab Emirates. Sardine constituted 59 per cent of the total fish exports.
As for the fish imports, the total imports increased by the end of 2016 to 27 per cent to 29,800 tonnes. The value of fish imports increased by OMR4.7 million compared to 2015. 37 per cent per cent of the fish imports came from Yemen, followed by U.A.E (28 per cent) and the Kingdom of Saudi Arabia (14 per cent).
The total quantity of re-exported fish from the Sultanate was 5,000 tonnes with a total value of OMR3.8 million and Saudi Arabia accounted for 46 per cent of re-exported fish value.
The data indicate that the total number of fishing licenses in 2016 amounted to 47,470, while the number of fishing boats was 22,720. The number of artisanal fishing vessels was at 700 and 134 fishing vessels were being used for coastal fishing while one ship engaged in commercial fishing. The number of licenses for fish transfer and marketing was at 4,195 licenses.
In terms of investment in the sector in 2016, the total loans granted by the Fish Development Bank amounted to 1020 loans with a total value of about OMR6.9 million.
By the 2030-2040 period, fish farming is expected to increase to around 220,000 tonnes with a financial value of OMR346 million. The total investment expected during the period of the Ninth Five-Year Plan is OMR1.1 billion.