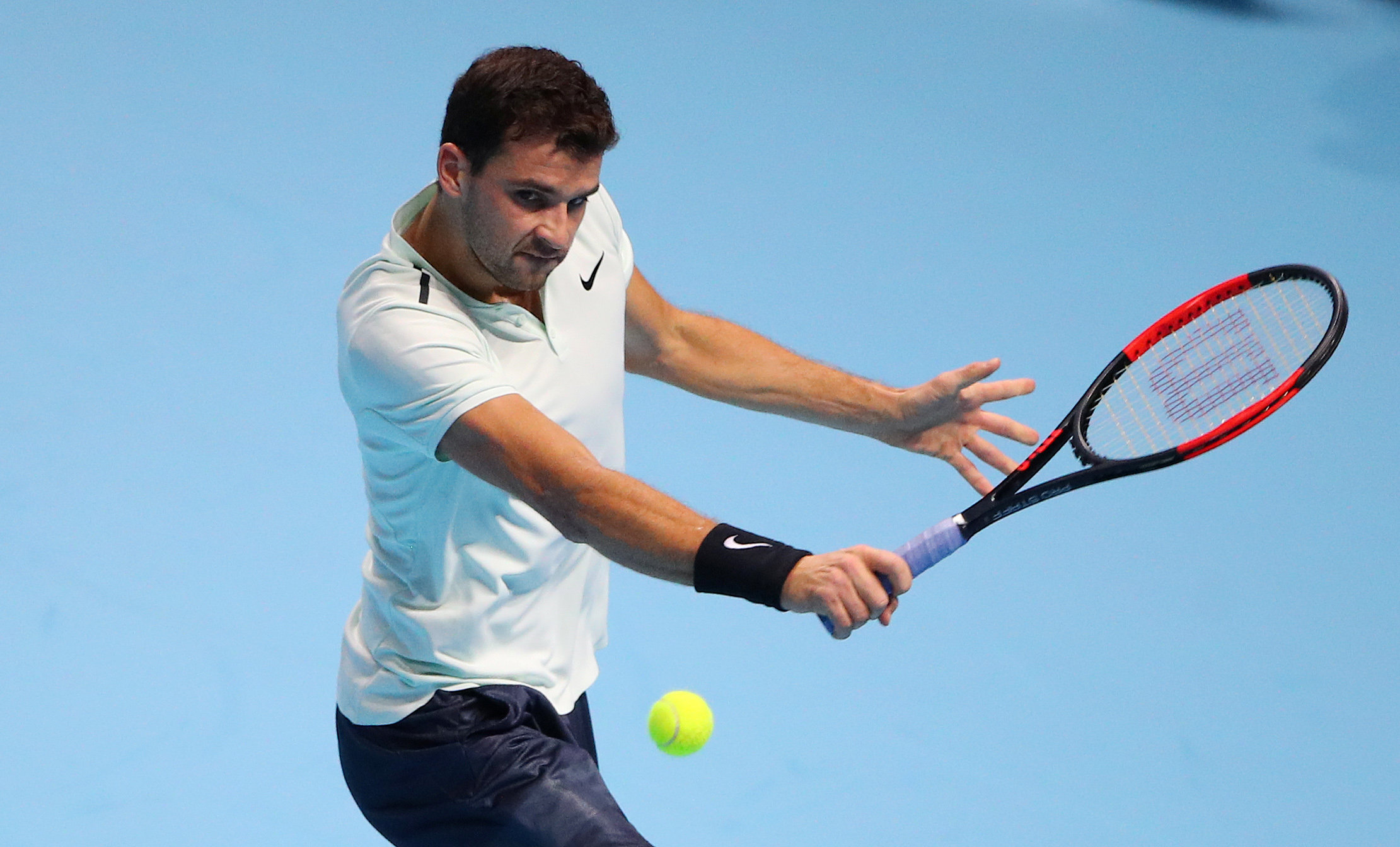 London: Bulgaria's Grigor Dimitrov outclassed Belgium's David Goffin 6-0, 6-2 to race into the semifinals of the ATP Finals on Wednesday.
The world No. 6 looked supreme as he made it two wins from two matches on his tournament debut.
At one stage, a whitewash looked a distinct possibility as he led 6-0, 3-0 and 0-30 on the Goffin serve before his misfiring opponent managed to stem the flow of points against him.
Goffin, who beat an injured world No. 1 Rafael Nadal on Monday before the Spaniard withdrew, made the last few games more competitive but could only extend the match to 74 minutes.
There had not been a 'double-bagel' at the Tour Finals since Roger Federer, who reached the semis on Tuesday, beat Argentina's Gaston Gaudio 6-0, 6-0 in Shanghai in 2005.
At times Dimitrov, who has spent most of his early career being compared to the Swiss great, was playing tennis of which even 19-time Grand Slam champion Federer would have been proud.
He struck 18 winners, won 72 percent of his service points and only faced one break point in the match.
"I was just thinking, there are only a few days in the year when everything you touch turns to gold and that was the first set," Dimitrov, the first Bulgarian to qualify for the elite eight-man tournament in its 48-year history, said on court.
"When it comes on such an occasion, it's special."
Goffin could still qualify and will know what he has to do once Dominic Thiem plays Nadal's stand-in Pablo Carreno Busta later.