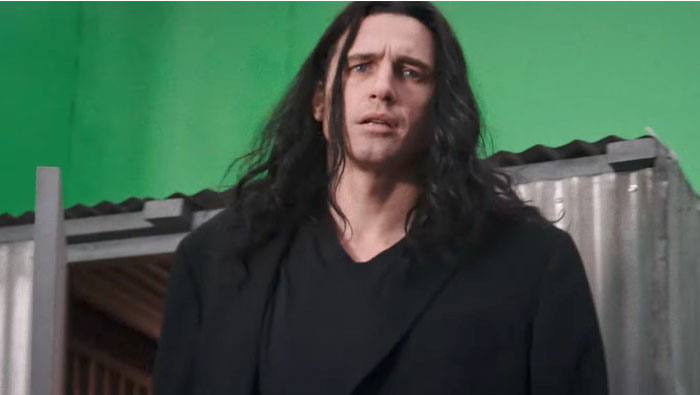 LOS ANGELES: When James Franco set out to direct "The Disaster Artist," a faux behind-the-scenes look at the making of 2003's "The Room," often called one of the worst films ever made, he said it was not to poke fun at the "Room" creator Tommy Wiseau.
Franco, who also stars as the eccentric, strangely accented Wiseau in "The Disaster Artist," said he believed the film conveyed Wiseau's passion for the medium, despite "The Room" being critically panned.
"He is an artist in that sense, so ('The Room') is a disaster and it's a piece of art," Franco said in an interview at Sunday's premiere of "The Disaster Artist" at the American Film Institute (AFI) festival in Los Angeles.
Franco recruited his brother Dave Franco to star as Wiseau's co-star and friend Greg Sestero, who co-wrote the book "The Disaster Artist: My Life Inside The Room, The Greatest Bad Movie Ever Made," which Franco's film is based on.
"We never wanted to make fun of 'The Room' or Tommy Wiseau," said Dave Franco.
"On the contrary, we wanted to celebrate Tommy and we wanted to celebrate this movie and celebrate people who have dreams and don't take no for an answer," he added.
In "The Disaster Artist," rolling out in US theaters from Dec. 1, Wiseau and Sestero become disillusioned with Hollywood and decide to make their own film, which Wiseau funded, directed and starred in.
The film shows that even now, nobody knows Wiseau's age, where he is originally from and how he had $6 million to create the "worst film ever made."
"People would make fun of 'The Room' but 15 years later it's still selling out cinemas across the world," Sestero said. "At this point, how can you call it the worst movie? It's a success, you know."