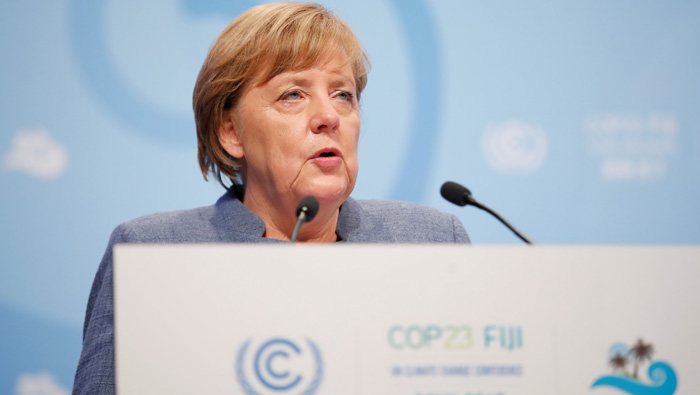 Bonn(Germany): A global climate agreement signed last year and that the United States plans to quit was only a start and more steps are needed to fight global warming, German Chancellor Angela Merkel said on Wednesday.
"We know that the Paris Agreement is a start," Merkel said in a speech in the German city of Bonn where almost 200 countries are seeking to bolster the global climate accord.
"We also know that under the current commitments we will not meet the two degrees or 1.5 degrees target," she added referring to the agreed goal to limit a rise in temperatures to "well below" two degrees Celsius (3.6 Fahrenheit) above pre-industrial times, ideally 1.5.