Plan a trip to Oman's deserts 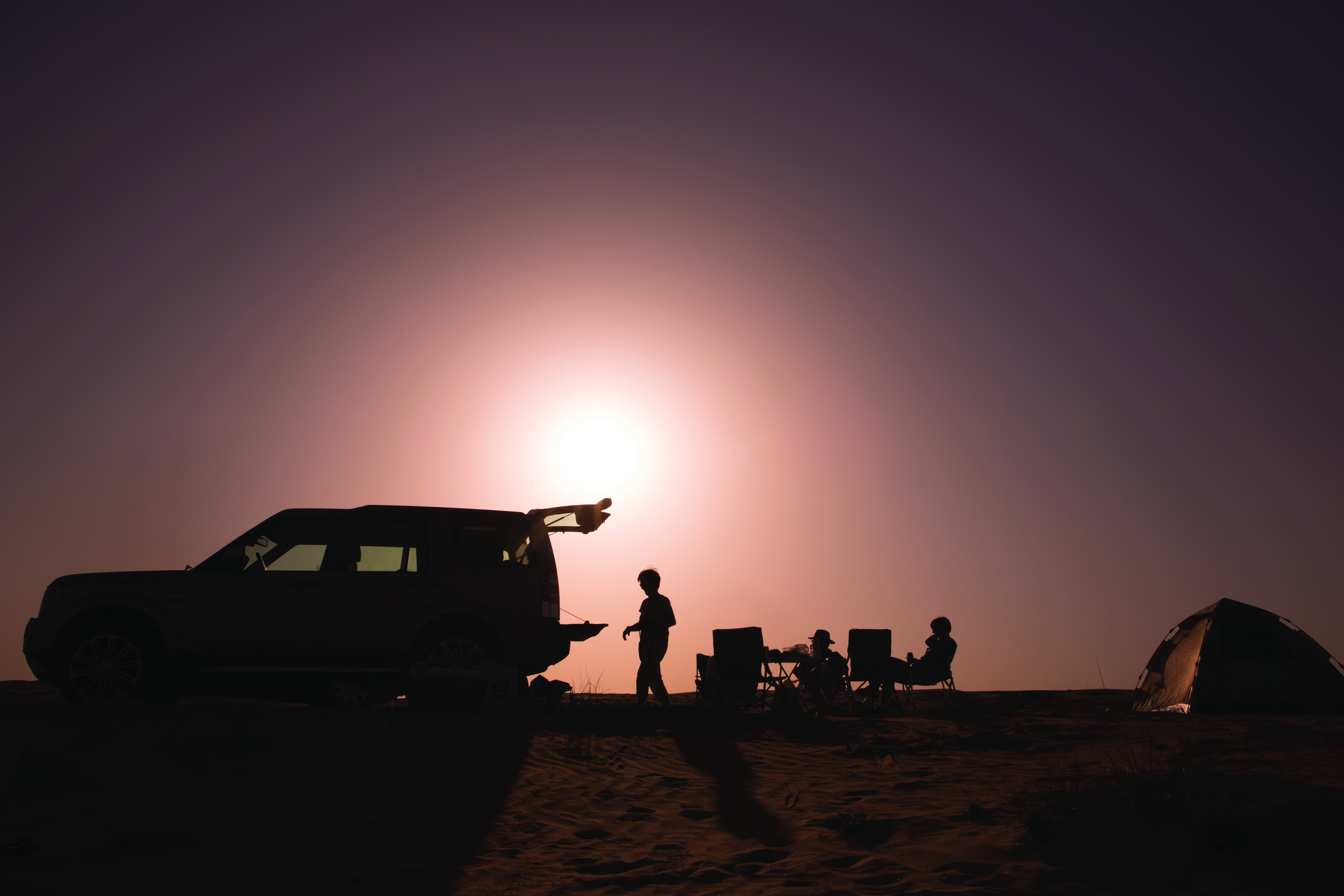 It has started getting cooler, which means you don’t have to worry about being fried alive on stepping out in the open. Instead you can actually walk around in the open without trying to find air conditioned buildings, and can finally wander into the desert. Well maybe not too much or too randomly, and of course, with a plan and along with a group, but a desert escapade is ideal for your weekends as winter sets in.

So last week my friends and I, who aren’t expert adventurers and don’t even know the desert too well, decided that maybe it was time to take a trip to Sharqiyah Sands and spend a night barbecuing, star gazing, and live a life of a Bedouin. While most of us were not quite confident, we still set on an adventure trip to the deserts, so high was our adrenaline rush.
After a couple of meetings and arguments we headed off for a real surreal experience. We gathered at a friend’s place in Mawaleh, and set out on the trip in two 4X4s at around 3pm, just two hours behind schedule.

The road trip was great; with Oman’s picturesque landscape and the crazy company along with some good music, things were going well. We did pack a few sandwiches to munch on our way and hence none of us were really starving.

Since none of us were quite experienced in desert travel and camping with few going for the first time, we decided to set our own little amateur camp/tent beside one of the properly established camp sites. It was an easy option as finding the way was easier because it was on Google maps. Also we knew that if something untowards happen we could run off to the camp for rescue.
So following the Google map when we reached Bidiyah we took the turn following the board which pointed at the particular camp site. By around 7pm, we were in the coarser desert, where we stopped to deflate the tyres. Remember to do that before you get into the desert.

Although a little eerie, we kept driving through into the dark along the tyre trails left by other vehicles. One of my friends seemed confident of the way but that just led us to camel shed, and without disturbing too much we got back to where we started.

After several hits and misses we finally reached the camp, thanks to the red light coming from the transmission tower near the camp. We parked both the cars a couple of kilometres away from the camp and started setting up our tent (which happened in about 15 minutes), barbecue pit (which took nearly 45 minutes to start functioning) and the bonfire that took forever to light up.
Lesson learnt was that the wood has to be thinner and not thick tree logs and it can’t be wet at all. Thankfully we had a few battery operated lanterns to our rescue, which helped us see two unwanted visitors, a green scorpion, and a huge bug.

We were extremely tired and almost collapsed on the mat we had laid out outside the tent. Lying down for the next few hours we watched the millions of stars that we can seldom see in skies of Muscat.

Soon our food was ready and we were back in action until one of us faintly noticed how the sky’s colour was slowly changing from pitch black to a deep purplish-blue.
Yes, we had all survived the night and were even awake despite being supremely tired. Since our main agenda was to watch the sunrise from Sharqiyah Sands, we wanted the best spot for it. So we decided to climb up the huge dune, which seemed like the hardest physical activity I’ve ever done in life.

But on reaching the peak, I realised this was totally worth it. The whole group that is otherwise super loud and talkative just sat down there quietly watching the sun gradually cast its glow. It was peaceful, serene, and so quiet that we could actually hear each other breathe.

What a breathtaking sight it was! But sadly the calmness was shortlived and suddenly a herd of sheep could be seen on the next dune that didn’t look too happy with us. Before they could even take a step forward nearing us, we sprinted like there’s no tomorrow back to our tents, falling and rolling and sliding on our way down. Having packed everything and making sure that we hadn’t left any of our litter behind, we loaded our vehicles and started our journey back to Muscat with a silent promise to the sun and the sand to be back very soon.