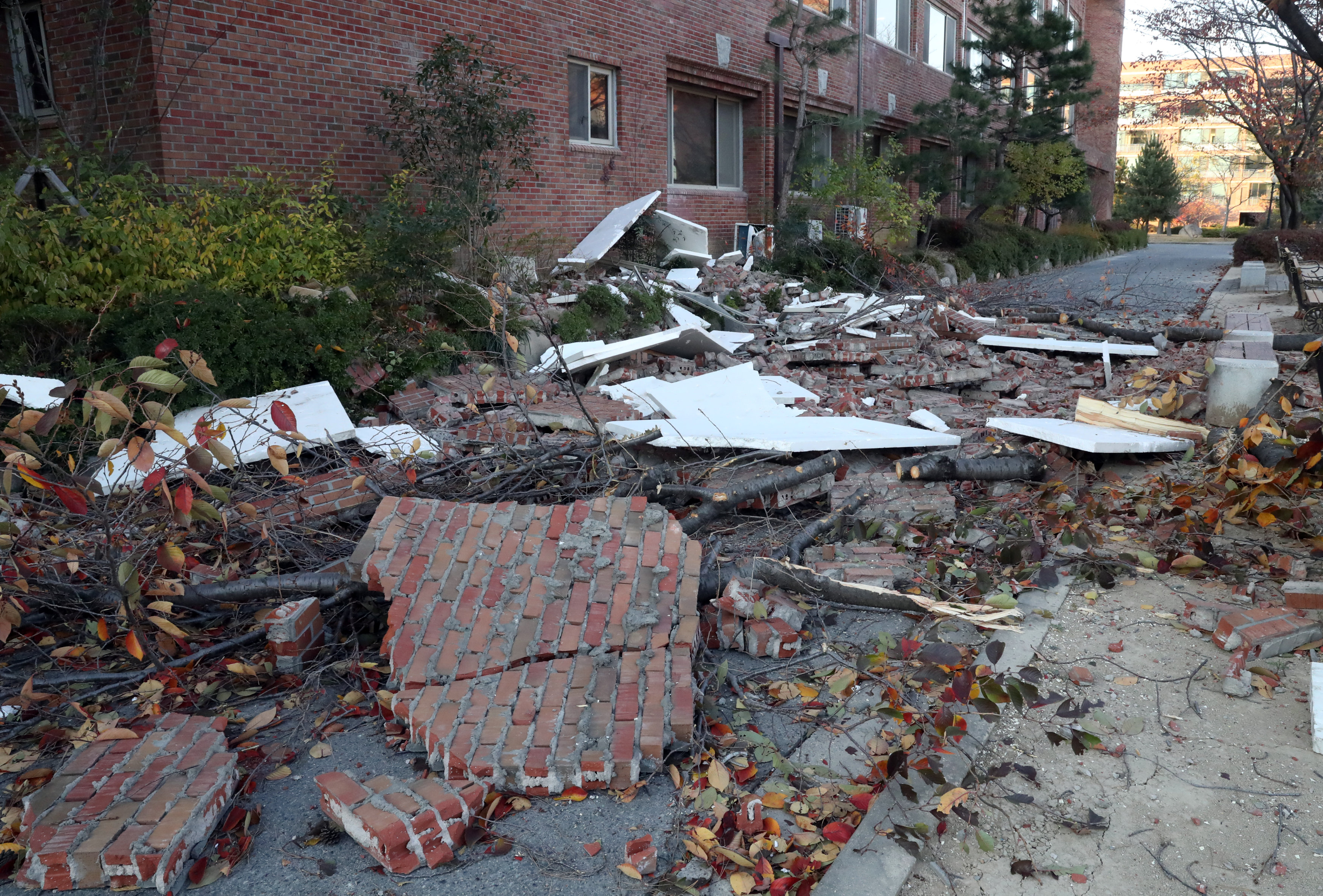 Seoul: South Korea postponed its annual university entrance exam by a week on Wednesday after a rare earthquake rattled the country, shaking buildings and causing damage but no deaths.
Minister of Education Kim Sang-kon said the hugely competitive exam, scheduled for Thursday, would be postponed for the first time ever because of a natural disaster. It was the country's second-biggest earthquake on record.
"A fair amount of damage was reported," Kim told a media briefing.
"Due to the continued aftershocks, we are seeing many citizens, including students, unable to return home."
The exam would now be held on Nov. 23 to ensure conditions were fair for everyone, he said.
The 5.4 magnitude quake struck about 9 km (5 miles) north of the southeastern port city of Pohang, the Korea Meteorological Administration said.
Shaking was felt across the country and there were numerous reports of minor damage. Operations at nuclear reactors were not affected, the state-run nuclear operator Korea Hydro & Nuclear Power Co said.
The university entrance exam is taken very seriously. Commercial airliners do not fly during listening portions of the exam, while financial markets open later in the day to ensure light traffic for students to get to their exam centers.
The country's foreign exchange and stock markets will still open an hour late (0100 GMT) on Thursday, South Korean financial authorities said in text messages.
South Korea has relatively little seismic activity, compared with Japan to the east.
Its strongest quake on record was magnitude 5.8 in September last year.
The Meteorological Administration said nearly 20 aftershocks had shaken the region and more were expected in coming days.