Flash floods kill at least 10 in downpour near Athens 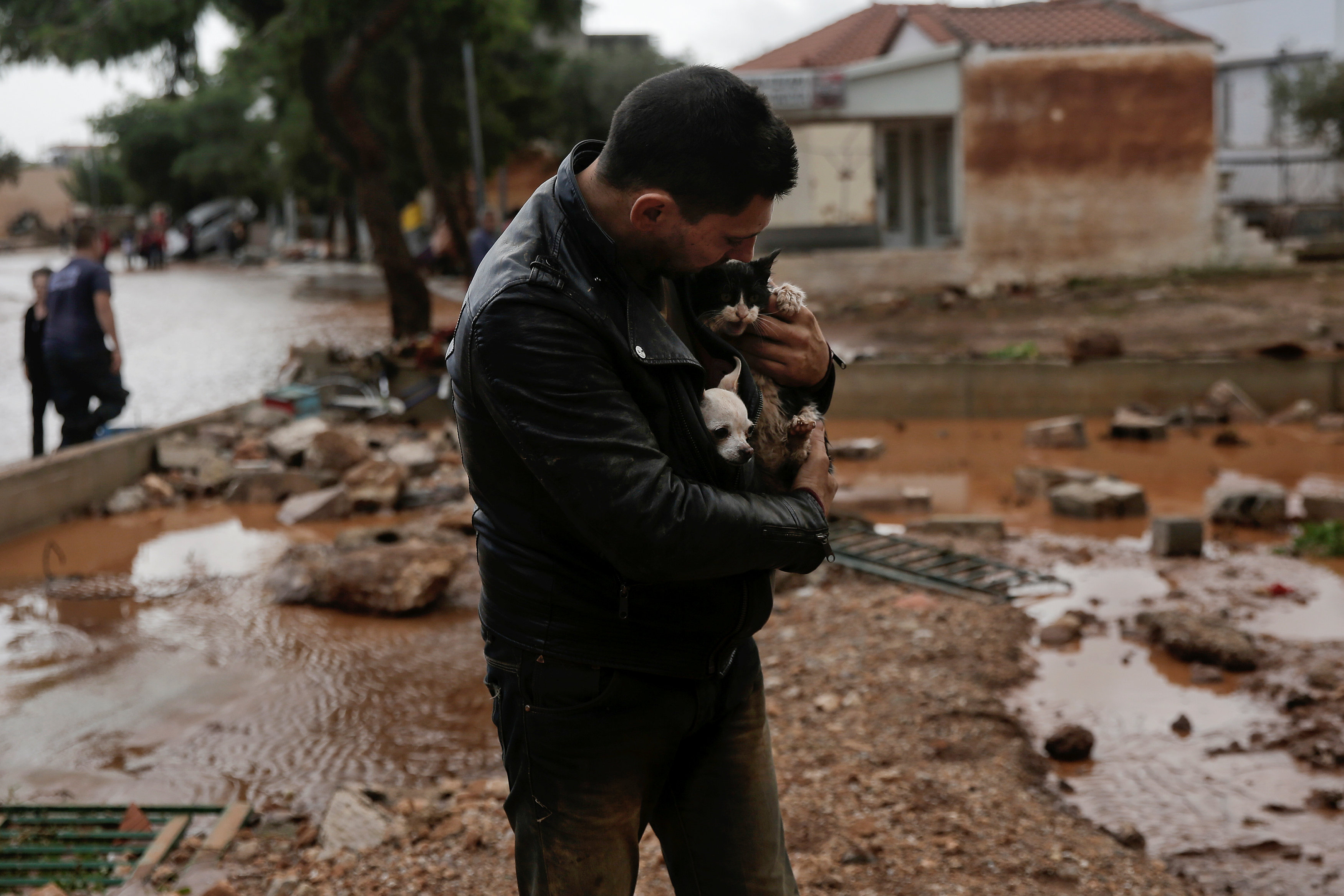 Mandra (Greece): At least 10 people died in flash floods in Greece on Wednesday in the most deadly such incident in recent years when a torrent of red mud swept through towns west of the capital Athens after heavy rain, authorities said.
Torrential rain of this type is uncommon in Greece, where poor infrastructure can leave citizens vulnerable to flooding. The overnight deluge turned roads in the industrial towns of Nea Peramos and Mandra, about 27km (17 miles) west of Athens, into fast-flowing rivers and trapped dozens of people in their homes or cars.
Some residents were forced onto rooftops and balconies while cars were thrust onto porches or tipped onto their side. Twelve people were rescued from a bus on a bridge.
"This is a biblical disaster," Mandra Mayor Yianna Krikouki told state broadcaster ERT. "Everything is gone." Heavy vehicles, a bus and cars were stranded under more than a metre of water on a nearby motorway. The force of the water smashed through walls and broke through roads.
In Mandra, five people - two women and three men - were found dead either in their flooded homes or in allotments. Another two were found floating in the sea.
"The walls collapsed, the cars were carried away and they broke everything here. There is nothing left," resident Marina Kolia said. "Water is everywhere in the house."
The wall of a local cemetery crumbled and vehicles collided with tree trunks. The fire brigade said at least three people were missing, and an unspecified number of people injured.
Prime Minister Alexis Tsipras expressed regret at the loss of life and called for an emergency meeting with ministers. Greece has had around a week of heavy rain. A state of emergency was declared in the west Attica region, which includes Nea Peramos and Mandra, on Wednesday. Both towns, which have a combined population of about 20,000 people, lie in the foothills of a mountain in western Attica. Many Greek housing settlements are built without taking into account town planning regulations.
An Athens prosecutor ordered an urgent preliminary investigation into the deaths and destruction caused and was also investigating possible urban planning offences.
On Tuesday, Greece declared a state of emergency on the eastern island of Symi, just off the coast of Turkey, after a storm swept cars into the sea, damaged homes and cut off electricity and water supplies.