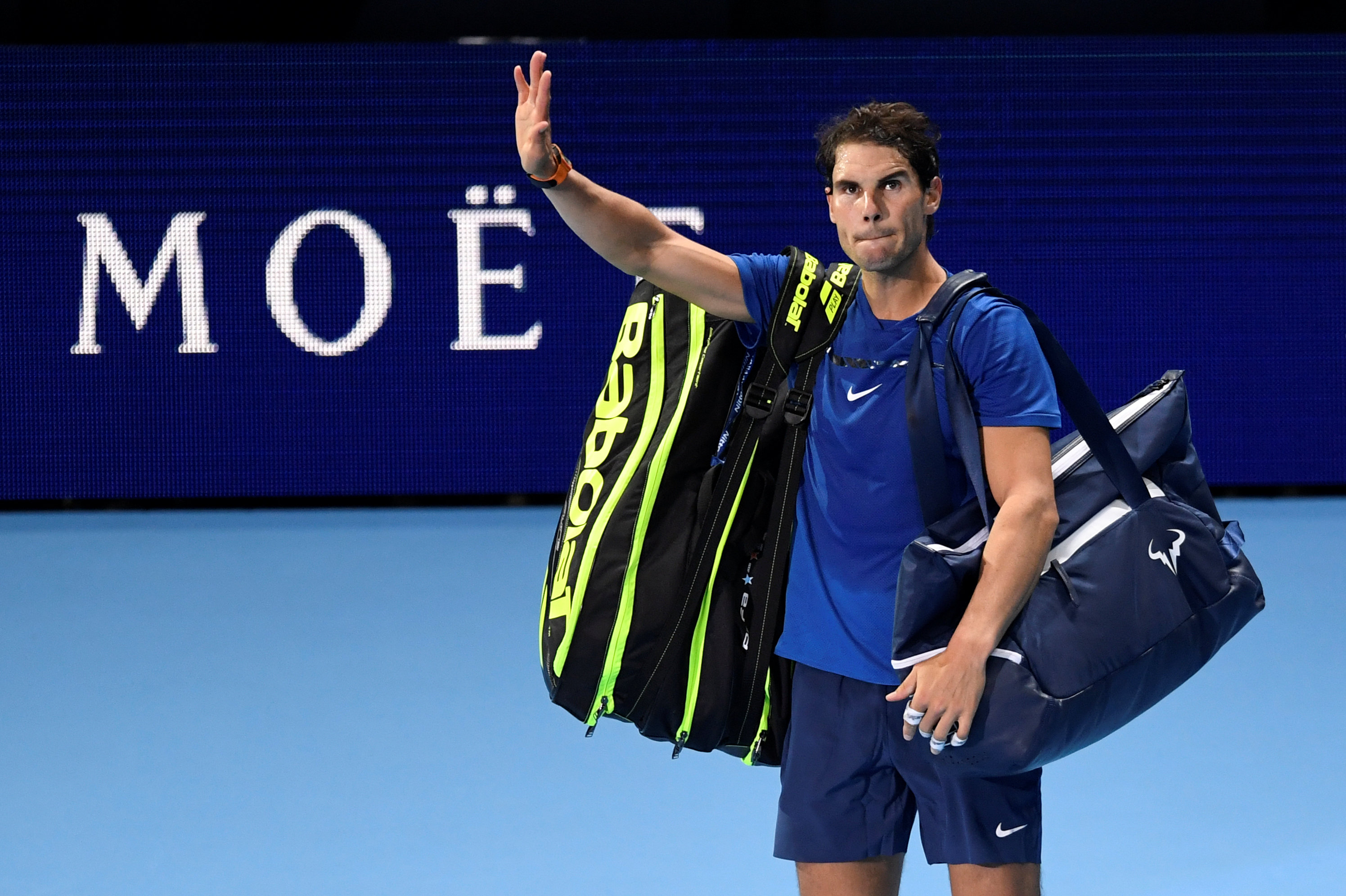 London: Rafael Nadal's unforgettable season came to a painful end when he withdrew from the ATP Finals with a knee injury after defeat in his opening round-robin match against David Goffin on Monday.
The Spaniard, already assured of ending the year as world No. 1 having won a 10th French Open title and the U.S. Open, was clearly hobbling as he went down 7-6 (5), 6-7 (4), 6-4.
"No, I'm off," the 31-year-old Nadal told reporters when asked if he would be fit enough to play his remaining round-robin matches against Dominic Thiem and Grigor Dimitrov.
"My season is finished. I had the commitment with the event, with the city, with myself. I tried hard.
"I did the thing that I had to do to try to be ready to play. But I am really not ready to play.
"I fought a lot during the match, but knowing that probably ...(it was going to be) the last match of the season."
Two weeks ago Nadal had withdrawn from the Paris Masters before his quarterfinal match after experiencing pain in his right knee.
He had hoped to recover in time to attempt to claim the only major title to elude him -- having twice lost in the final.
There was no questioning his fighting spirit as he still managed to push world number eight Goffin all the way, saving four match points in the second set, but his movement was hampered in the final set.
He will now begin the process of recovering full fitness in time for the start of next year.
"I tried, but seriously it was a miracle to be very close in the score during the match," Nadal, who missed the end of last season to fully recover from a wrist injury, said.
Nadal has been plagued by knee injuries throughout a career which has earned him 16 Grand Slam titles.
"I know what I have to do. I know all the things that happened in the past when I had these things, and I know the treatment that I had to do," he said.
"I know the periods of time that I need to work. Then if the treatment works or not, we will see.
"The good thing is (this is) nothing new. Everybody in my team, we have the right experience (to deal with) this thing. We hope to manage it well, to have the right rest, the right work, and try to be ready for the beginning of the next season."
Spain's Pablo Carreno Busta will now step in to complete Nadal's round-robin matches.
Nadal, whose 75 career titles include only one indoors, said it had been "no fun" to play on Monday and he would have withdrawn even if he had beaten Goffin.
"Win or lose I was going to pull out because I was not enjoying on court at all," he said. "Was not fun to play like this. I don't deserve (this) after this great season to spend two more days on court with this terrible feelings.
"I am, of course, disappointed. But I am not going to cry. I had a great season... (an) unforgettable one."