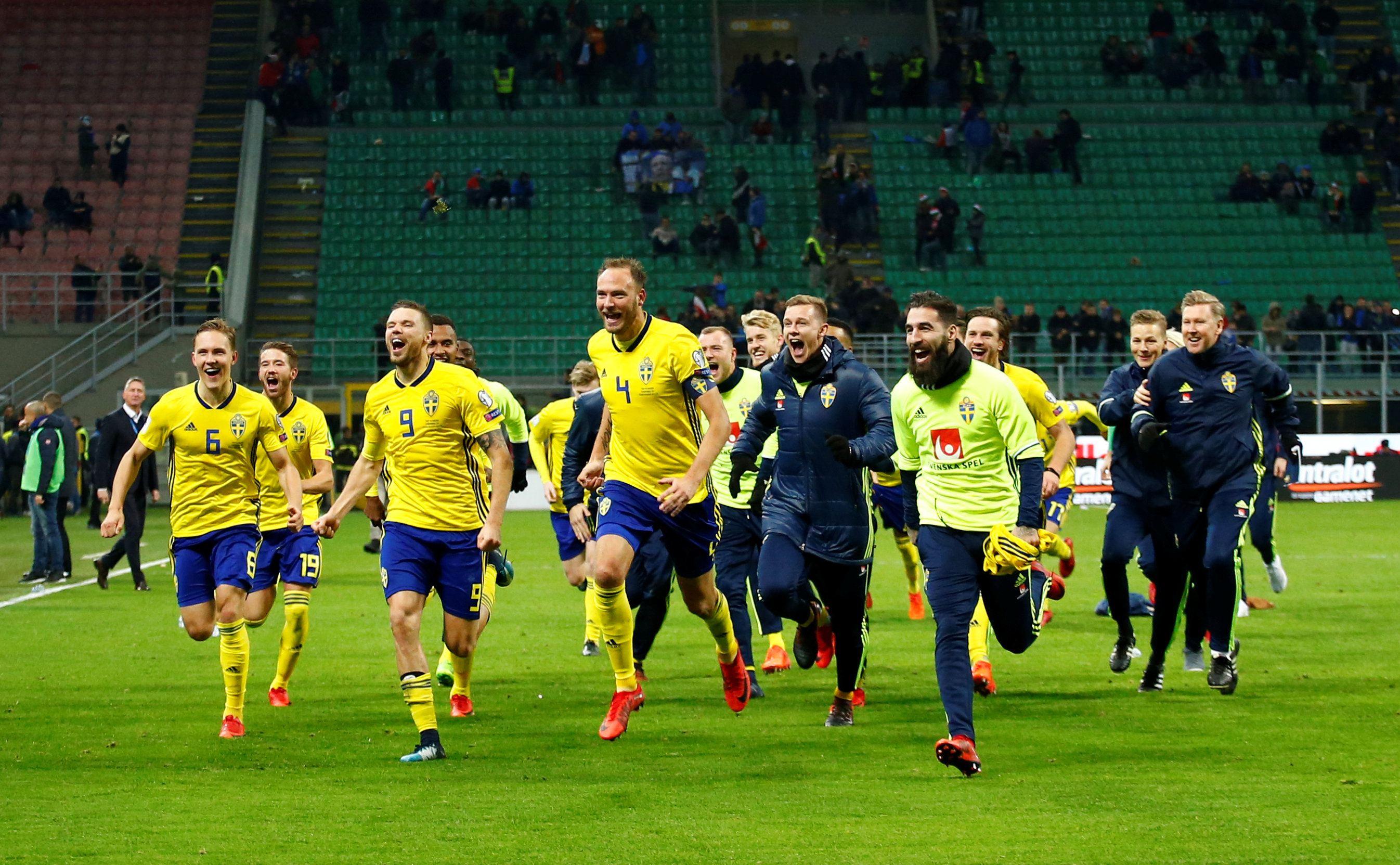 Milan: Sweden's players jumped for joy at the final whistle in Milan after Jan Andersson's side hung on for a famous 0-0 draw against four-time champions Italy on Monday that secured a place at next year's World Cup finals in Russia.
Jakob Johansson's deflected strike in Stockholm was the only goal over the two legs of the European playoff, meaning Italy miss out on the World Cup for the first time since the Swedes hosted the tournament in 1958 and finished as runners-up.
As Andersson was being interviewed by Swedish television, his players invaded the pitch-side studio, crushing the desk in front of the broadcasters as they danced with joy.
"I cried a few tears," Andersson said after his players had left to continue their celebrations on the pitch.
It was the first time Sweden had reached the finals since 2006.
"Look at some of the older players who felt that this was the last chance to make it to a World Cup - and now we did it. It's indescribable," he added.
A key figure in the mammoth defensive effort that delivered the draw they needed was Sweden captain Andreas Granqvist, who fell to the ground in tears as the referee ended the game.
"For my part, this is the biggest thing that has happened to me and for those of us that are older this is probably the last chance to play at a World Cup so to succeed in those circumstances is an unbelievable joy," the 32-year-old said.
Close shave
Shortly afterwards, he was seen sporting a brand new haircut due to a promise made earlier in the campaign.
"I said to the lads in the dressing room that if we got to the World Cup they could shave it off. I thought they'd forgotten it, but John (Guidetti) and Vigge (Victor) Lindelof shaved it off straight away," Granqvist said.
After the disappointed Italian fans had left the San Siro stadium, the Swedes stayed on and sang as the players continued their victory jig, savouring one of their greatest nights.
Sweden may have surprised the pundits but striker Marcus Berg said they believed all along that they could make it.
"I'm so damn proud of us," he told Swedish television.
"We have believed in this, we know how strong we are. I think that's the key - we know how strong we are. We believe in what we do, we help each other in every situation."