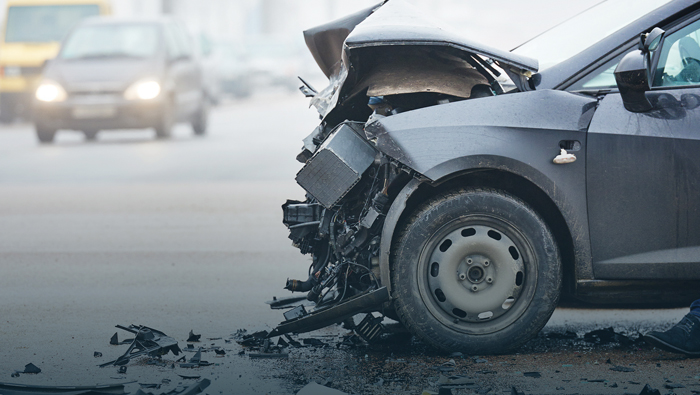 Muscat: More drivers are gambling on car cover in a bid to save money, according to experts.
There has been an increase in third party car insurance, prompting a warning from insurers that if the gamble doesn’t pay off, the costs could be exorbitant.
More than 80 per cent of new business at one insurance giant in the Sultanate was for third party cover, as residents opt for the cheaper option and gamble on not having an accident. But insurers have warned that if they do have a prang, they could face a huge bill to repair all the vehicles involved.
While the number of road accidents has decreased in recent years, by the end of September 2017, there were 2,738 road accidents, down from 3,480 in 2016, according to data from the National Centre for Statistics and Information (NCSI). Between January and September 2017, 466 people lost their lives on the roads, including 307 Omanis.
Again, that figure is down on last year, but experts say drivers shouldn’t gamble on car cover.
With road safety still a concern, drivers are being urged to make sure they are adequately insured before getting behind the wheel. Motorists often select their insurance based on the cost of premiums, opting for third party liability (TPL) without properly considering the fact they could be saddled with huge bills in the event of an accident if not properly covered.
A top official from one of Oman’s largest insurance brokers, Risk Management Services (RMS) said that 80 per cent of policies issued in their retail portfolio are third party policies.“The rise in compulsory, third party insurance relative to comprehensive insurance is largely due to economic considerations -discretionary spending is generally lower and the petrol price has gradually increased.
Another factor is that finance companies and banks cannot force the owners of financed vehicles to take out comprehensive insurance any longer,” said Niel Brand, Assistant General Manager - Personal Lines of Oman’s largest Insurance Broker, Risk Management Services (RMS). He said: “It may lead to financial loss to individuals as well as to the economy at large when an asset is lost without insurance indemnity.
On the positive side, drivers of third party-insured vehicles might be more diligent in their driving habits for the benefit of everyone.”
He added: “Third party insurance does not protect your vehicle from your own mistakes, neither from natural calamities.
One should always take comprehensive coverage on a vehicle that is relatively new and/or valuable as it protects you from potential financial loss. If you are a driver with a good claims history, you can negotiate significant discounts/no claim bonus benefits on the standard premium. Your insurance broker will assist you in obtaining quotations from different insurers.”
J. Retnakumar, CEO Insurance Services Centre, said: “More people may be opting for third party insurance due to the economic conditions to save upfront costs but it may prove to be bad as they will have to pay for own damage if anything goes wrong.”
Insurance agents say that the current economic slowdown has hit the insurance sector in Oman.“Not many people are buying new vehicles.
Earlier, the growth of the motor industry on a yearly basis was in double digit numbers, but now it has reduced to a single digit numbers.If there are no new vehicles coming in, the growth of the vehicle insurance is also affected,” he added.
New commercial and private vehicles registered in the Sultanate witnessed a significant drop in 2017.
While the number of private vehicles dropped by 19.9 percent, number of new commercial vehicles registered in the Sultanate witnessed a drop of 34.8 percent till the end of September 2017, according to data from National Centre for Statistics and Information (NCSI).According to NCSI, only 45,498 new private vehicles were registered during the period from January to September 2017 against 56,782 during the corresponding period last year.
For commercial vehicles only 10,234 new vehicles were registered during the period from January to September 2017 against 15,693 in the first nine months of 2016.
The car rental market is however, growing at more than 20 per cent.
According to NCSI, 3,271 new rental vehicles registered during the period from January to September 2017 against 2,716 during the corresponding period last year.