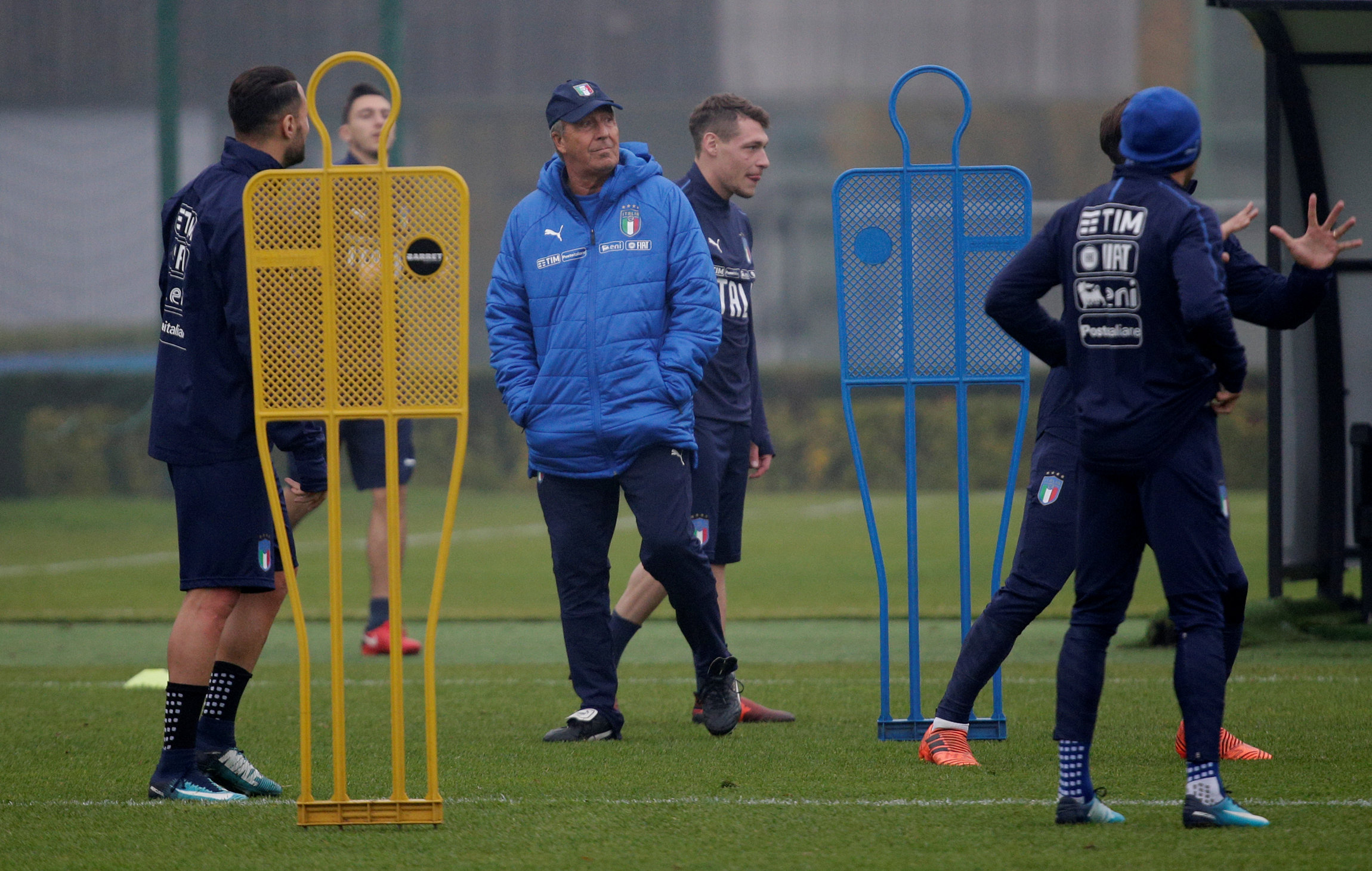 Milan: Beleaguered Italy coach Gian Piero Ventura said his team would try to qualify for the World Cup by "playing football” after their ill-tempered playoff first leg against Sweden.
The 69-year-old Ventura - the oldest-ever coach in Italy’s history -- said it would take him months to listen to all the advice he had received as he bids to overturn Friday's 1-0 first leg defeat in Stockholm.
That loss left Italy in danger of missing the World Cup for the first time in 60 years and the tension ahead of Monday's return at the San Siro is palpable.
Italy complained of rough play by Sweden in the first leg, including a challenge which left Leonardo Bouncci with a broken nose, while Sweden were unhappy at their rivals' alleged gamesmanship.
Italy have said that defender Bouncci will play on Monday with a face mask.
"We are Italy and, if we qualify, I would like to be able to say that we did it by playing football," Ventura told reporters. "I don't know what sort of game it will be but I hope it will be played in the correct spirit."
Ventura's tactics and team selection have been the subject of heated debate.
He ditched his preferred 4-2-4 formation for a 3-5-2 in Friday's match and Italians are eager to see what he will come up with on Monday and who will replace suspended midfielder Marco Verratti.
"I've received so much advice in the last few days that, if I tried to listen to it all, it would take months," said Ventura.
"I know that's how it works when you are coach of the national team although I didn't expect it to be quite like this.”
"I can assure you that coaches listen to advice and analyse it, but it is us who decide."
Goalkeeper Gianluigi Buffon said the team were in a state of "high tension".
"It's an important match for us and our history," said the 39-year-old. "It's important for football in our country that we qualify for the World Cup."
"I am approaching this like the eve of any important event. I'm tense, but it's the right amount of tension."