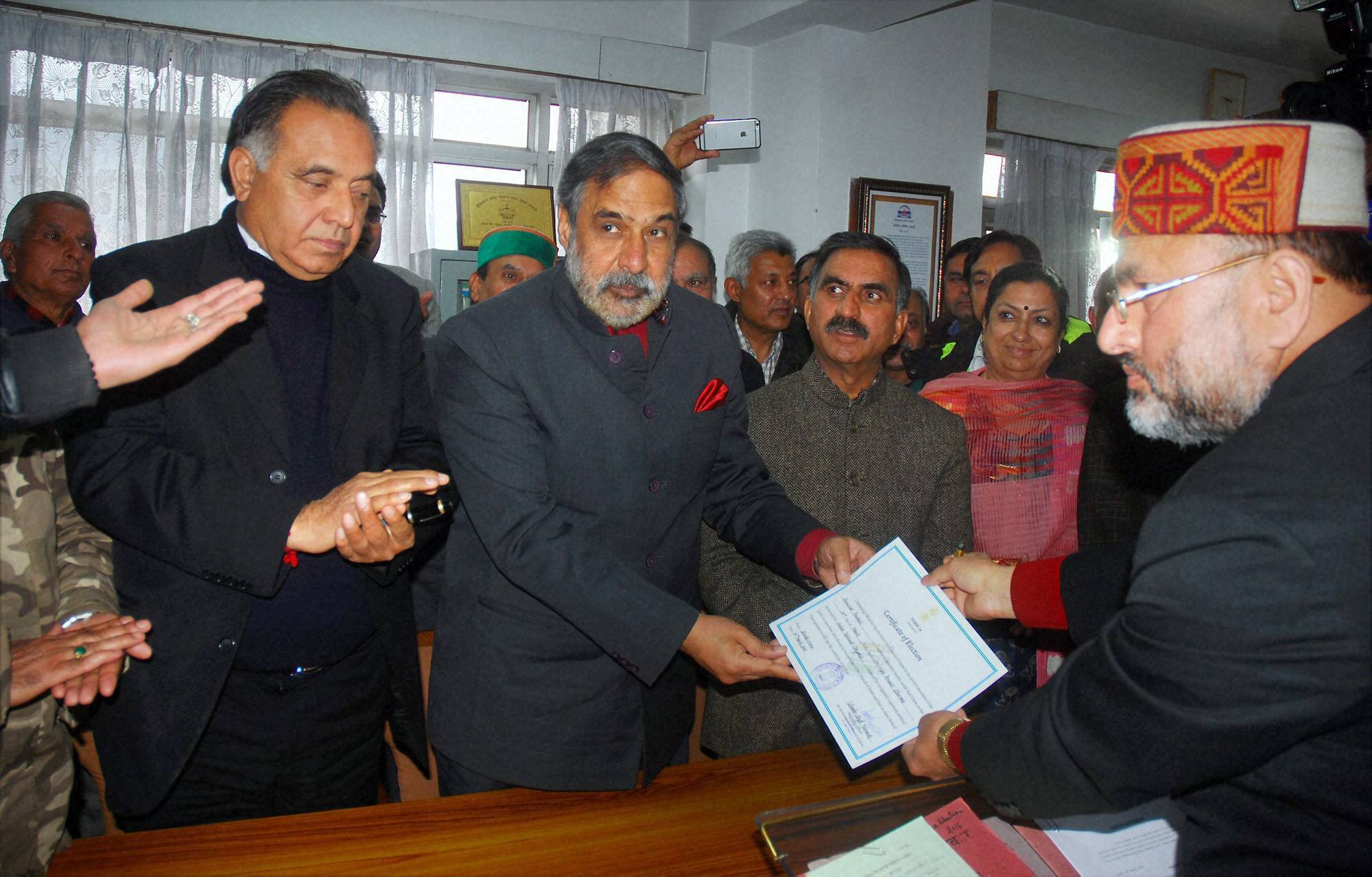 Shimla: Senior Congress leader Anand Sharma was on Monday elected unopposed to the Rajya Sabha from Himachal Pradesh.
The only candidate for the lone Rajya Sabha seat from the state, which fell vacant on the expiry of BJP member Bimla Kashyap's term, Sharma was declared elected by the Returning Officer and Secretary of Vidhan Sabha after the last date for withdrawal was over.
This would be fourth Rajya Sabha term of Sharma who was elected to the upper house twice from Himachal Pradesh in 1984 and 2004.
In 2010, he was elected from Rajasthan.
Talking to mediapersons after his election, he said he was happy to return to the state and would raise all the issues concerning it at the Centre.
"The issue of special category state, share in various projects, release of grants, discrimination against the state by the Centre, connectivity and other issues will be taken up," he said, adding Himachal Pradesh being a hilly state deserves special treatment.