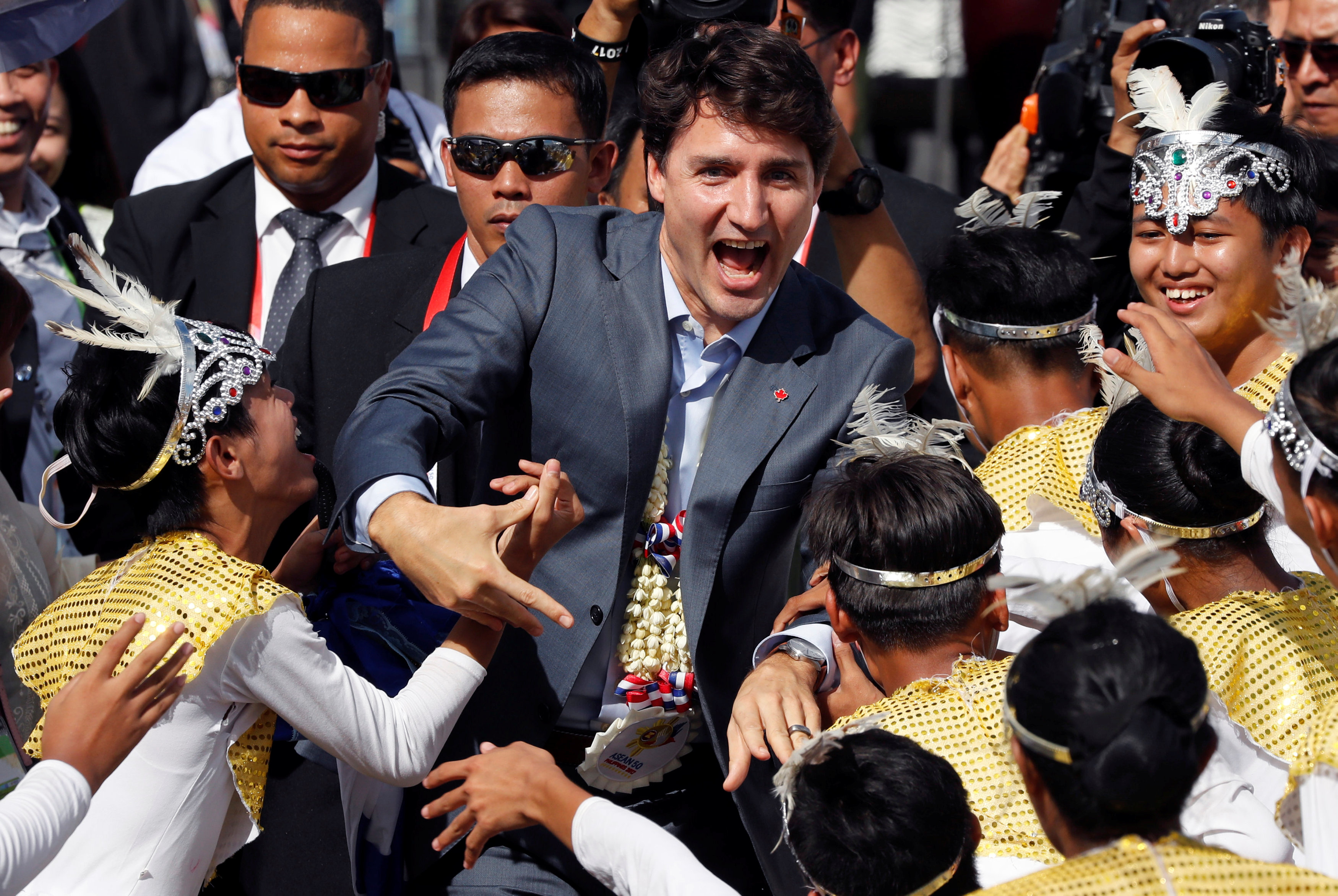 Manila: Canadian Prime Minister Justin Trudeau hopped from one table to the next, chatted with people and posed for selfies on Sunday at a fastfood chain store in Manila, charming residents of the Philippines capital for the second time in two years.
Trudeau, in Manila for a summit of regional leaders, dropped in at an outlet of fastfood giant Jollibee Foods Corp after a visit to a nearby women's clinic that advocates family planning, a touchy subject in the Catholic-majority Philippines.
He greeted nearly everyone in the store, shaking hands and exchanging hugs with fans after ordering fried chicken and a strawberry float.
"Can I get it to go? I'll eat it in the car," Trudeau said, before going behind the counter for a photograph with Jollibee staff.
Earlier, when he landed at Clark airport, a smiling Trudeau waded into a crowd of children gathered to greet dignitaries arriving for the summit, exchanging high fives and waving to others.
During his last visit to Manila, Trudeau won a Twitter poll with the hashtag #APEChottie that asked people to vote for the most attractive leader at the Asia Pacific Economic Cooperation summit in 2015.
"He's so handsome! And he's very nice," said 29-year-old Rina Aparicio, among the customers at the fastfood outlet. "I asked for a selfie and he said yes right away."
Outside the store, hundreds of people screamed and shouted as Trudeau got into his car, waving what appeared to be hastily written placards saying "Welcome to the Philippines!" Trudeau visited the first Jollibee store in Winnipeg, Canada in January, a country with hundreds of thousands of Filipino immigrants.
Jollibee, a $5 billion company that has been dubbed the McDonald's of the Philippines, is looking to go global with primary targets including China and the United States.
The company, which also serves burgers and sweet spaghetti, is opening another outlet in Winnipeg this month and plans are to increase that to 30 in five to 10 years, said Jose Minana, a Jollibee executive.
Minana said the company did not seek out Trudeau for the visit, and said it was requested by Canadian officials. "We're very humbled by him taking time from his obviously busy schedule to give us a slice of his time," said Minana.
"I'd like to also think that he enjoys the food."