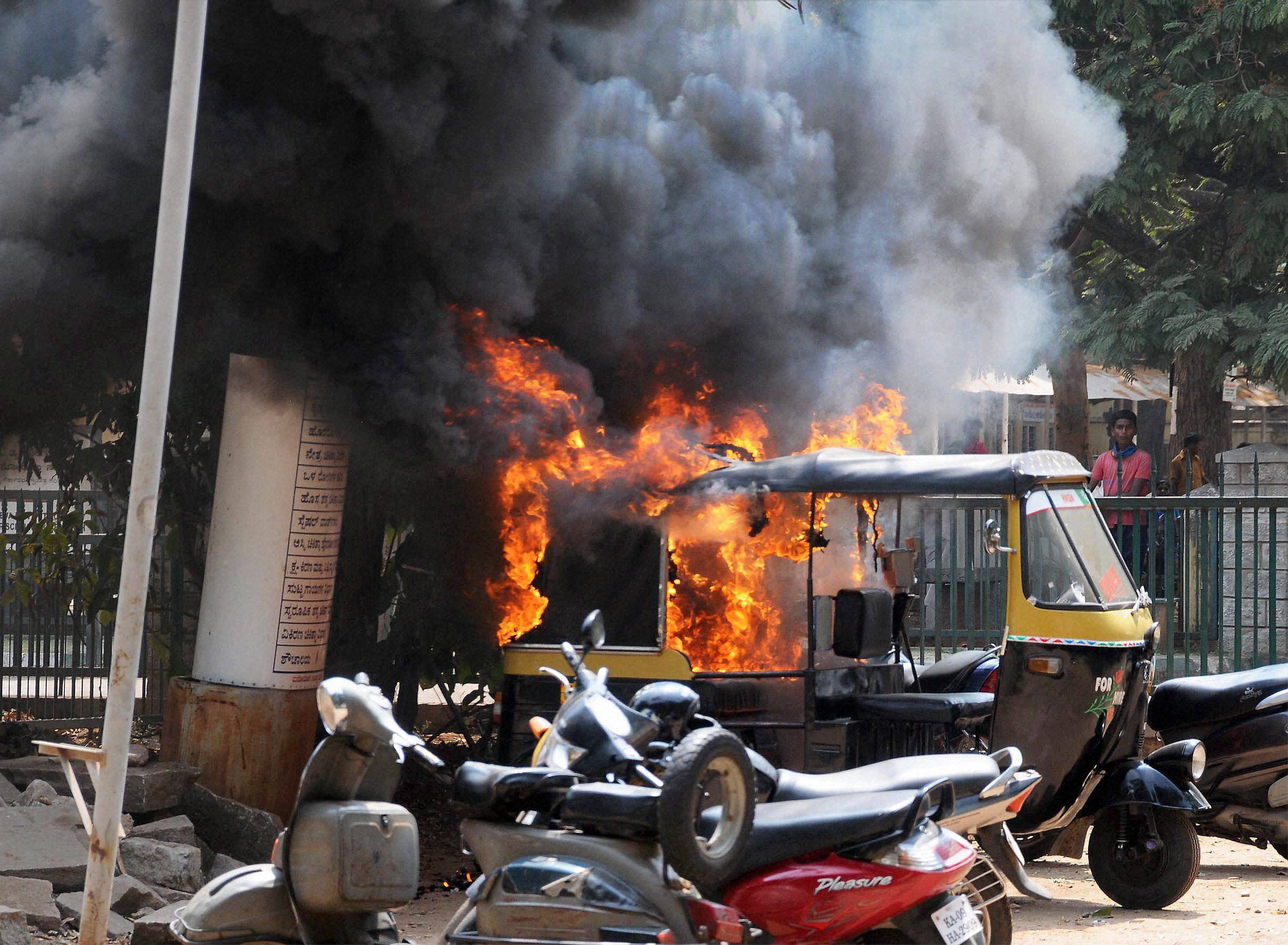 Mysuru: A BJP worker was hacked to death by unidentified assailants with the incident leading to a bandh marked by stray violence in the city on Monday.
Angry protesters set fire to an autorikshaw and stoned a police jeep and several buses, besides forcing closure of shops, a day after 30-year old Raju was murdered in front of a tea shop, police said.
Raju was attacked with machetes and other lethal weapons when he was drinking tea in a roadside stall with his friend and was declared brought dead at the K. R. Hospital, police said.
Tension simmered in the city after the murder on Sunday evening, with BJP calling for a Mysuru bandh on Monday, demanding immediate arrest of the culprits.
The protesters ransacked several shops in Devaraja Market and deflated tyres of buses during the bandh. Police laticharged at two places to disperse the protesters.
Prohibitory orders are in force in the city. Home Minister G Parameshwara said in Mangaluru that steps had been taken to arrest the assailants soon and no political colour should be given to the incident.
State DGP Om Prakash said additional police force, including Karnataka State Reserve Police, had been deployed to maintain law and order and appealed for communal harmony.