Research on emotional impact of breast cancer in Oman 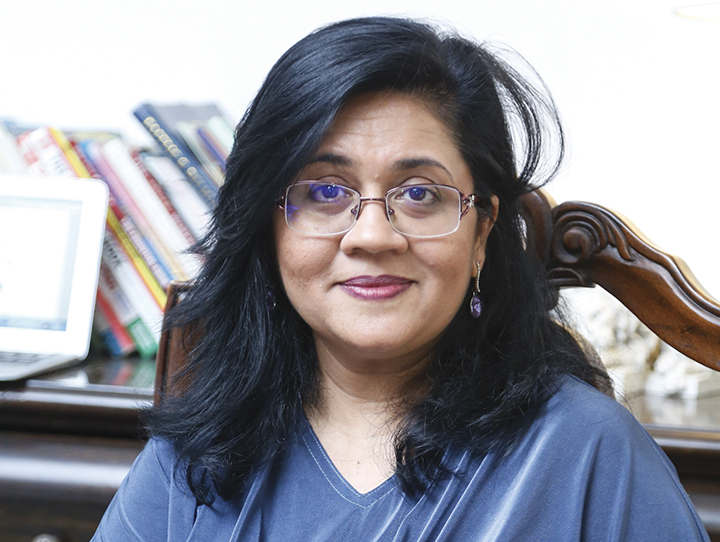 Breast cancer is not just a physical illness. Apart from dealing with the different side effects while undergoing treatment it often brings up a wide range of emotional upheavals too. Be it something as simple as an angry emotional outburst to something as serious as depression or loneliness, women go through many changes and challenges in this journey. Highlighting on this pertinent issue Dr Nishat Shams from Ministry of Health says that emotional support to individuals diagnosed with breast cancer is as important as early diagnosis and treatment. Dr Nishat, who is currently doing a research on the psychological intervention of breast cancer along with few doctors at Sultan Qaboos University, feels a lot of awareness is needed when it comes to the psychological aspect of the illness. The research conducted in Oman is on those who have a confirmed diagnosis of breast cancer. “We are talking about Omani women between the age of 20-65 who are residents of Oman, can speak Arabic language and has a confirmed diagnosis,” said Dr Nishat Shams while sharing details of her ongoing research study.
Breast cancer is considered to be the most common cancer among women and the numbers of cases are rising,” said Dr Nishat. “The incidence of breast cancer increases in mid 20s and there is a sharp increase in late 40s. Despite the advancement in treatment and services provided, the findings suggest that majority of the women are diagnosed at a later stage of the disease like at the stage of 3 and 4,” she added.
Talking about the delay in early detection and the rising cases of breast cancer in younger population Dr Nishat feels that a lot is to be attributed to the hereditary factor. “It has been recently found that there is a particular type of genetic presentation of breast cancer in Arab population which plays a substantial role in the rise. These findings suggest that the Arab population present with different genetic susceptibility pattern compared to others” she added. She said that the research also plans to focus on consanguinity that is marriages between the family members. But the study tells that the main reason for the delay in presentation is lack of knowledge regarding breast cancer.
Interpretation of breast cancer is based on a woman’s pre existing knowledge, her previous experiences, self education, and observation. “Failure to identify and label the initial symptoms influences a woman’s decision to seek medical help. Sadly women in the Arab world often consider the early symptoms of breast cancer as harmless and that is one big reason for the delay,” she said. Lack of knowledge of self examination or not undergoing mammogram too delays the treatment process.
“There was a study conducted in Turkey, Saudi Arabia, and Iran and they found that the majority of the participants said that they did not practise breast self examination. Some also said that they did not follow the self examination consistently,” said Dr Nishat.
Raising serious concerns on this Dr Nishat said that during her research work she realised that most women lacked education on breast cancer. Many doctors whom she spoke to for her research had said that they faced refusal from patients when they wanted to teach them about self examination. “Probably it is the fear of diagnosis and staying in denial or embarrassment regarding the screening activity. Women whom I spoke to said that they did not share the news with anyone in the family except their husbands. Accessibility for breast cancer screening is also another reason for late detection. Many of the private clinics do not have the mammogram facility which delays the process,” she said.
Dr Nishat feels that the psychological disorder in patients suffering from breast cancer has for long been ignored. Most breast cancer patients suffer from clinically psychological distress. Emotional disorders include loss of roles in personal and professional life.
“When chemotherapy starts resulting in loss of hair, mastectomy or removal of breast, they cause immense psychological pain and anxiety in women thus generating a feeling of hopelessness. Moreover the burden of financial pressure if a woman chooses to go outside Oman for treatment is also an added factor,” said Dr Nishat. Among all the psychological distresses Dr Nishat mainly targeted depression and anxiety in her research. The level ranges from mild to severe distress and it could lead to more disastrous effects. “This could be in the form of anger, lack of sleep, poor appetite and lack of concentration which can cause decline in the quality of life. The concern of illness and fear of death are the main factors.
Talking about religion and faith Dr Nishat feels that here it is a strong point. “Most women have strong faith in God and hence they take these challenges in a stronger way,” she said.
—[email protected]