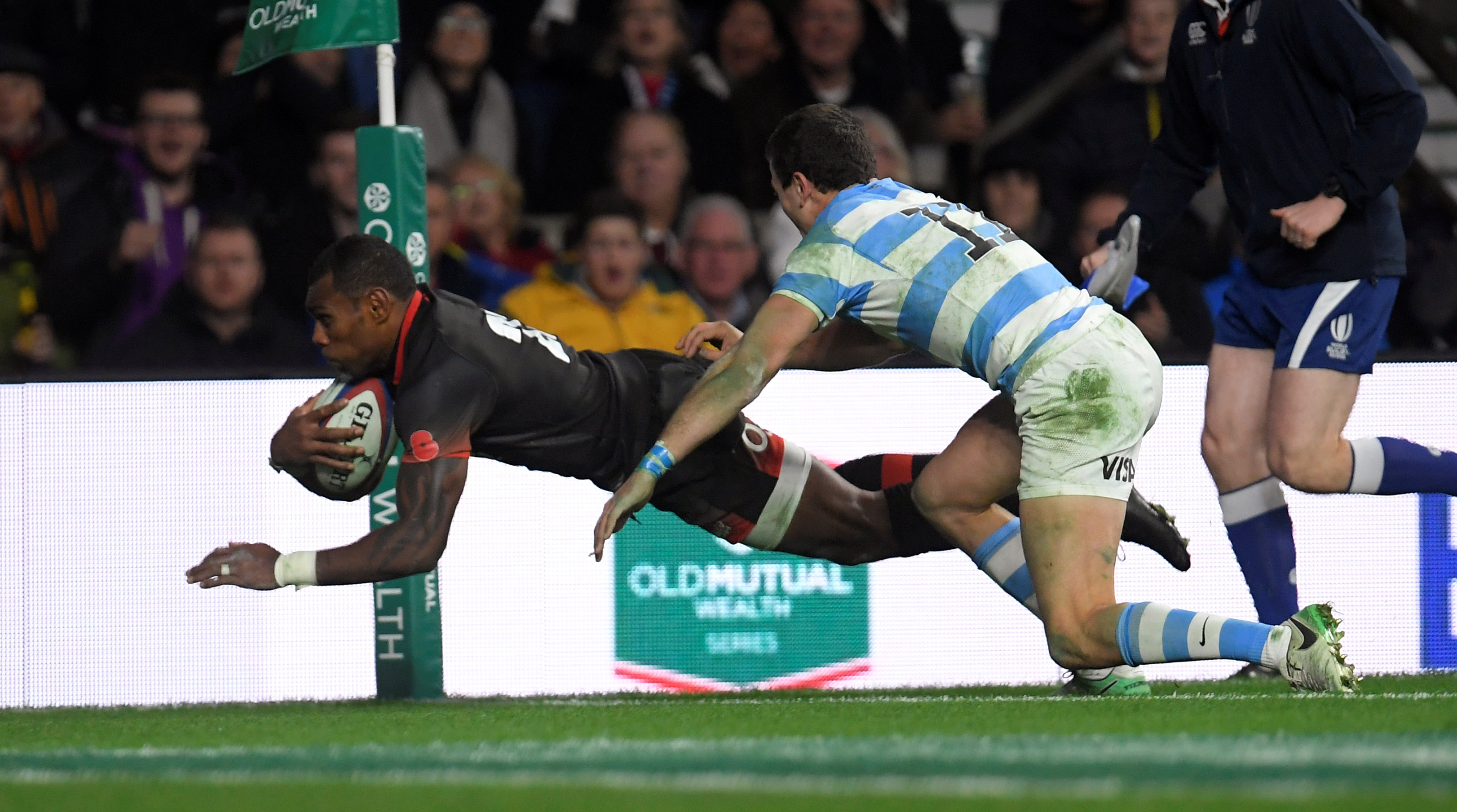 London:England got their November international series off to a victorious but hardly glorious start on Saturday when they forced their way past Argentina 21-8 at Twickenham in a stuttering game with barely any flowing rugby.
Argentina came into the match having won only one game all year - against Georgia - and, not helped by missing five of six goalkicks, they never looked remotely like avoiding a fourth loss in 13 months to England, who they will meet again in the pool stage of the 2019 World Cup.
England led 14-3 at the break with a try by number eight Nathan Hughes and, though Semesa Rokoduguni added a second after 67 minutes, instead of a late flurry of home points, Argentina finished on top and scored their only try through Nicolas Sanchez.
Argentina had won only five games in the 24 since reaching the 2015 Rugby World Cup semi-finals and for the first time they lost all six Rugby Championship games and did not even muster a bonus point.
So England, with 19 wins out of 20 under Eddie Jones, expected a straightforward win to warm up for next week's perceived stiffer challenge against Australia.
However, they were slow out of the blocks and struggled to gain any real momentum in a first half punctuated by penalties, including a harsh red card for Puma fullback Joaquin Tuculet.
His accidental mid-air collision with Mike Brown ended his opposite number’s day after 22 minutes, giving Jones a fortuitous chance to have a look at Anthony Watson at 15.
He failed to shine there though, as did Henry Slade at 13, with only tough-tackling openside Sam Underhill really advancing his cause on his second appearance.
The only try of the first half was created by a flashing George Ford pass that sent Hughes over the line.
Ford, taking the kicks in the absence of the rested Owen Farrell, missed two of his five, while Juan Martin Hernandez also missed two as England led 14-3 at the break.
The stop-start nature of the game continued in the second half, with precious little to lift the crowd with no addition to the scoreboard as the clocked ticked past the hour and Jones was seen smashing his desk in frustration.
Slade’s long pass eventually sent Rokoduguni over in the corner and the crowd settled back for the traditional late surge.
However, unlike in many of their games in the Rugby Championship, Argentina did not fade and instead enjoyed their longest period of sustained pressure, which was rewarded when Sanchez nipped over in the corner.