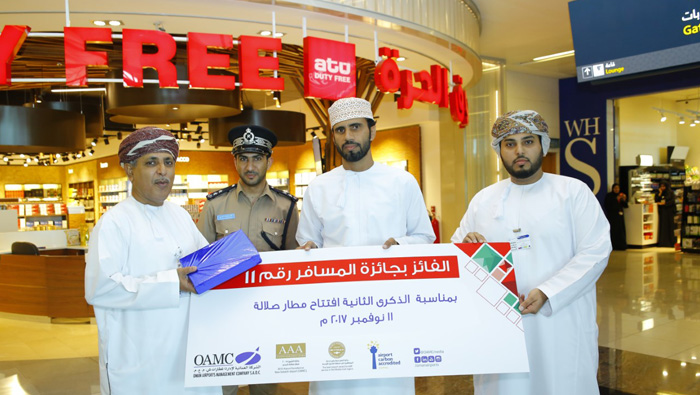 Salalah: Salalah Airport celebrated the second anniversary of its official opening on Saturday.
An official reception was organised on the occasion for two planes of Oman Air and SalamAir which landed at the airport coinciding with the date of official operation of the airport on 11 November 2015.
The officials of the Salalah Airport honoured passengers travelling on seats 11 and 47 onboard the two planes, on the occasion of the celebrations of the 47th Glorious National Day and the Blessed Renaissance led by His Majesty Sultan Qaboos bin Said.
The establishment of the new Salalah Airport comes within a comprehensive strategic plan for the development of Dhofar Governorate.
The total area of the airport is 65,000 square metres with the annual capacity of two million passengers which is expected to grow to six million in the future.
The airport has a main runway of six kilometres in length and a width of 75 meters.