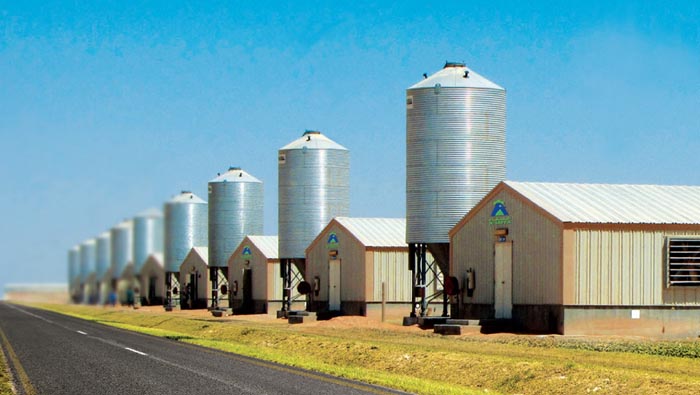 Muscat: A’Saffa Foods plans to complete a massive expansion programme to double its chicken meat production capacity by the end of 2018. The expansion programme, with a capital expenditure of OMR45 million will double the company’s production capacity to 40 million birds per annum, from 20 million birds per year now, said Rafique Chaudhary, chief financial officer of A’Saffa Foods.The expansion programme will include an addition of 10 farms with 90 poultry houses, a hatchery, a feed mill, a processing plant, and other utilities. “Major machinery and equipment have been finalised. The tender document for civil and ancillary work is in progress,” added Chaudhary. The total cost of the expansion will be OMR45 million, which will be partly funded by way of a term loan of OMR31.5 million. The company’s board has approved an expansion plan to raise chicken meat production capacity and continue in their endeavour to foster and support food security, self-sufficiency and increased employment opportunities in the Sultanate.” Chaudhary further said the expansion is planned with addition of high technology-intensive and most modern machinery from Europe or the United States. “A’Saffa always want to lead in producing high quality products and therefore, consistently upgrade its machinery and equipment. A most modern slaughter house, feed mills, hatchery, poultry equipment of superior technology and full automation have been finalised for the expansion.” Being the Sultanate’s largest fully-integrated poultry producer, A'Saffa has successfully made inroads into international markets as well. The company’s export markets include the United Arab Emirates, Qatar, Bahrain, Kuwait, Saudi Arabia, Yemen, Iraq, Lebanon, Egypt, Vietnam and China. “Exports will certainly increase after expansion. We now also have huge demand from the export market. However, our preference is to serve the local market and then export to other countries. Currently, we are selling more than 80 per cent in Oman,” added Chaudhary. He said consumer demand for protein, especially chicken, is increasing so the company is investing in projects that build on its strengths, core competencies and expertise, expand its capabilities, increase capacity and help scale-up operations. “Being market leaders in the Sultanate, A’Saffa Foods has always been committed to proactively improving its performance year-on-year. Given our robust expansion plans, we will continue to focus on production and operational excellence, brand variation and overall growth and development; while creating long-term value for our stakeholders, and ensuring sustainability in all our operations.”