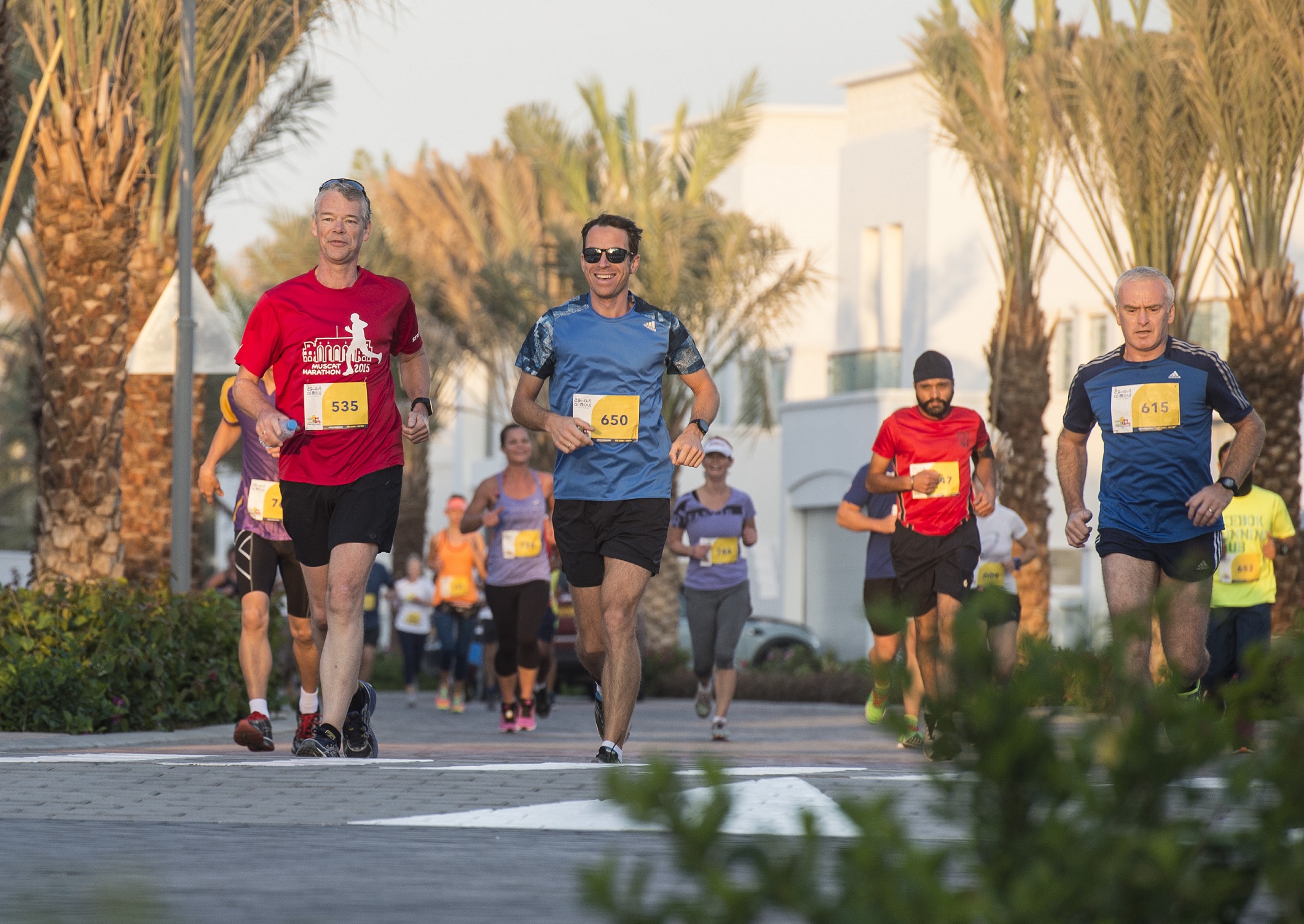 Muscat: Al Mouj Muscat Marathon has partnered with the Ministry of Health and Oman Diabetes Association (ODA) to hold a Charity Fun Run on the second day of the newly expanded event planned to take place from January 18-19, 2018.
Joining the national efforts to fight the increasing levels of diabetes in Oman, this charity category will offer running enthusiasts the chance to have fun, get fit and raise funds for a worthwhile cause.
Diabetes afflicts more than 380 million people globally. The World Health Organisation estimates that by 2030, the number of people suffering from the disease will more than double. In Oman, over 14% of the population is currently living with diabetes. Playing a key role in the country’s action to fight the disease, the Ministry of Health and ODA work together to actively improve the lives of those who are impacted by it. They both endeavour to avert the onset of type 2 Diabetes, which is common in Oman and links closely to factors such as poor nutritional choices and insufficient physical activity.
“The Charity Fun Run is a fantastic opportunity to get fitter, have some fun with family and friends as well as make an impactful contribution to the cause we share with the Ministry of Health and ODA,” said Salma Al Hashmi, Chief Marketing Officer at Oman Sail.
“We are delighted to welcome the ministry and ODA as our charity partners in what is going to be a wonderful two-day international celebration of running in all its forms.
“Along with our sponsors Al Mouj Muscat, all the organisations involved share a belief in a healthy lifestyle which is a key component in all that we do.”
Oman has a high and increasing incidence of the disease with over 14 per cent of the population living with Type 1 or Type 2 diabetes. In addition, many more people are thought to be unaware they have Type 2 diabetes, which is closely linked to poor nutritional choices and insufficient physical activity.
“The Oman Diabetes Association is playing a key role in the fight against diabetes and our partnership with the Al Mouj Muscat Marathon provides us with a high-profile platform to get our message out there,” said Dr Sayyida Noor Al Busaidi, ODA Chairperson and Director of National Diabetes and Endocrine Centre.
“Encouraging people to adopt a healthier lifestyle, which includes a more balanced diet and greater physical activity, is easier said than done, but our mission to spread awareness and education about this often avoidable disease will greatly benefit from our involvement in the festival of running around the marathon in general, and the Charity Fun Run in particular.”
The Charity Fun Run will be held on Friday, January 19, 2018 the same day as the main marathon event. It will be held over a 5Km course, with a minimum age limit of 10. The seventh edition of the Al Mouj Muscat Marathon will also include a Kids Run, on Thursday, January 18, as well as the established 42 Km Marathon, Half-marathon, 10km race and a Marathon Relay team category on January 19.
After a record entry in 2017 the 2018 event will again benefit from the established sport event management expertise of co-organisers Oman Sail.