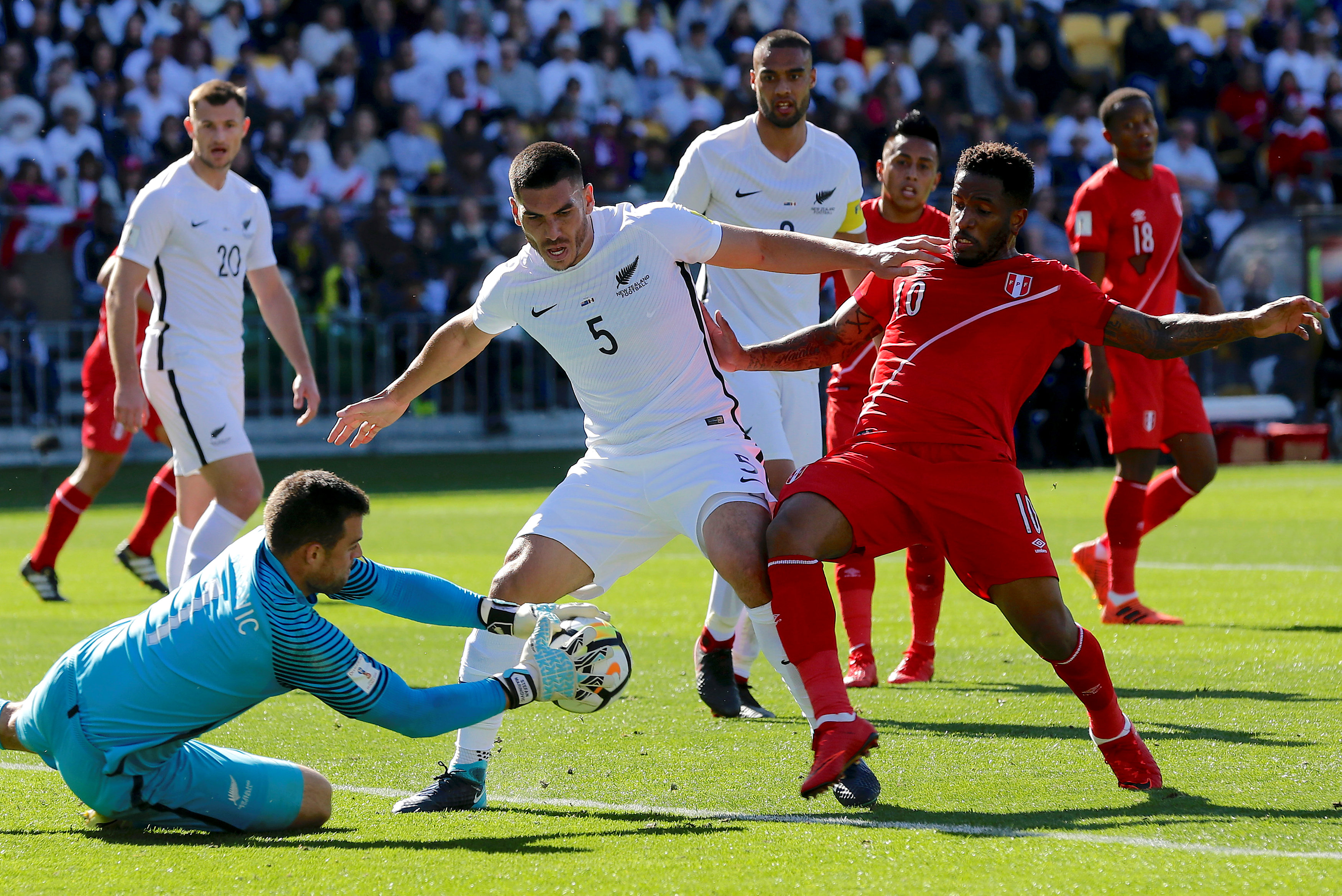 Wellington: New Zealand weathered a lack of possession and territory to hold Peru to a 0-0 draw in the first leg of their 2018 World Cup finals intercontinental playoff at Wellington Regional Stadium on Saturday.
The South Americans, ranked 10th in the world, are heavily favoured to advance and were expected to swamp the All Whites, but they had only two real chances to score a crucial away goal as New Zealand captain Winston Reid marshalled his side's defence.
New Zealand goalkeeper Stefan Marinovic produced a goal-line save after a mixup in defence and then tipped over a header from Aldo Corzo in the second half as the home side held their shape and Reid mopped up any attacks.
All Whites midfielder Ryan Thomas had arguably the best chance of the match when his 85th-minute shot flashed just centimetres wide of the right-hand post to ensure both sides remained deadlocked for the second leg in Lima next Wednesday.
New Zealand's chances were hurt after Burnley striker Chris Wood had to be relegated to the bench after coming into the camp with a hamstring injury but he did make a substitute appearance with 16 minutes remaining as the All Whites looked for a goal.
The Peruvians are under immense pressure to advance to next year's finals for the first time since 1982 and they dominated the first half with midfielder Christian Cueva and forward Jefferson Farfan causing problems for the hosts' defence.
Despite their superior possession, Peru had only one real chance in the first spell when Marinovic pawed the ball away centimetres from the line after a defensive mix-up with Reid.
The goalkeeper, who plays for MLS side Vancouver Whitecaps, was also called into action in the 63rd minute when he pushed a powerful Corzo header from a corner over the bar.
Wood's first touch produced the only real save that Pedro Gallese had to make.
Thomas had the opportunity to send the majority of the 37,034-strong crowd into delirium when a loose ball fell to him on the edge of the box but his shot flashed just wide.