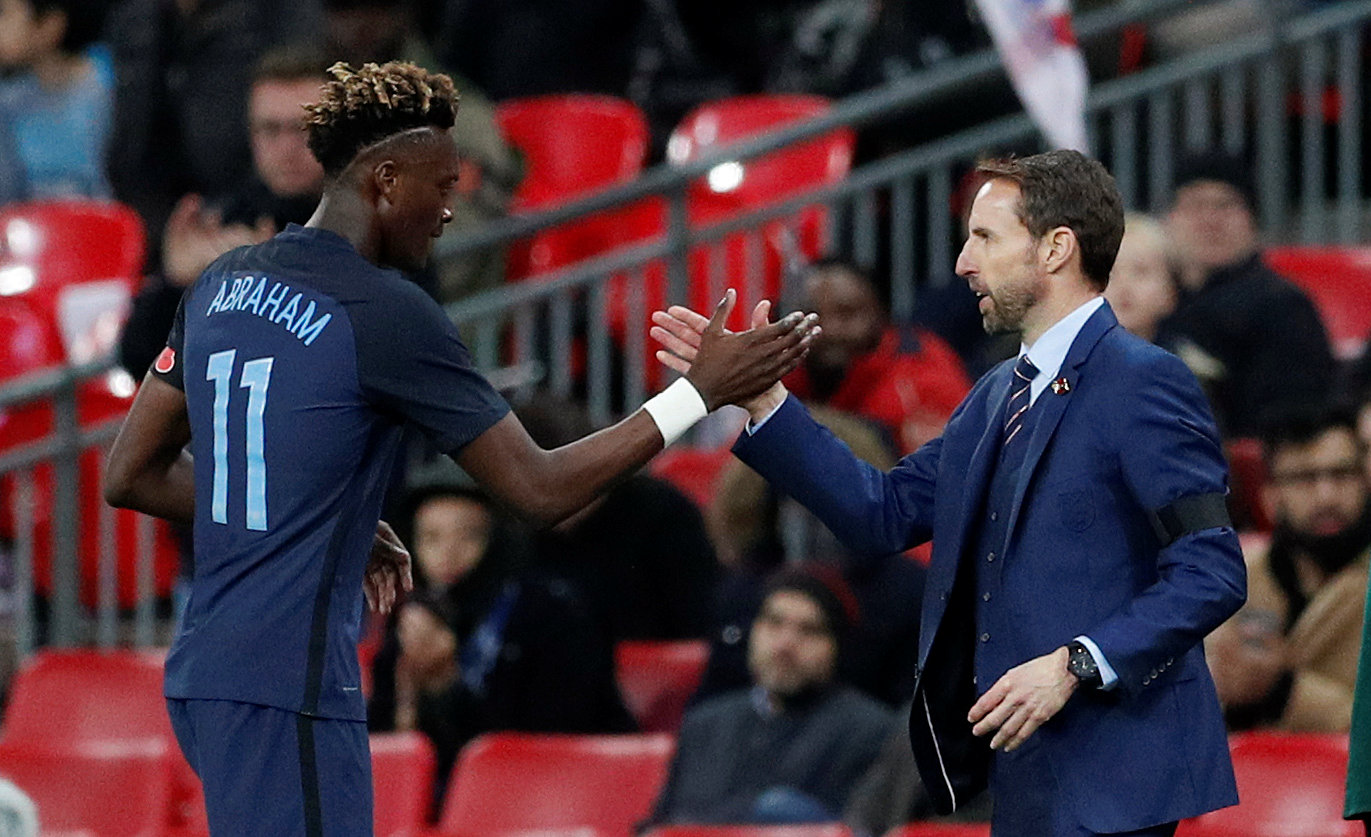 London: England coach Gareth Southgate was delighted with the composure and intelligence shown by his fresh-faced team on Friday as a side that eventually saw five debuts settled down to go toe-to-toe with world champions Germany in a 0-0 friendly draw.
England were on the back foot for much of the first half but found a way to stop the flow of attacks and had good chances of their own as a Wembley crowd finally got some entertainment after sterile performances in the World Cup qualifying campaign.
"It was a proper game tonight. Against top players you have to be switched on and tactically right and I thought there were a lot of positives,” Southgate told reporters on a night when England's team boasted fewer than 80 caps for much of the match.
"There were a few shaky moments early on and their system caused us some problems but actually ours caused them some problems too. We showed real composure with the ball and were tactically better without the ball in the second half.
"This is a young group but they’re switched on. We’re asking them not to just go and play with their hearts and then press in the wrong place but to think about it, and one of the most pleasing things is that this group are responding to that.”
Jordan Pickford made some excellent saves to keep England in the game in the first half but it was fellow debutant Ruben Loftus-Cheek who most caught the eye of the 82,000 crowd.
The big midfielder took the calm, almost casual approach that Chelsea did not consider good enough to give him more than occasional opportunities, on to the international stage.
Top attributes
"I’ve watched him do that since he was 16 but despite his size and talent he’s not hugely confident at times and it took him 10 minutes tonight to realise 'I'm alright here'," Southgate said of the 21-year-old who is on loan at Crystal Palace.
"He has so many top attributes, maybe the wider public are not so aware of him but we believe in him and in the others and I’m really not surprised at what they’ve done.”
Germany coach Joachim Loew was also using the match to look at some new and inexperienced faces and pronounced himself very pleased with debutant fullback Marcel Halstenberg.
"It was a real test - England have improved since 2014 and have some dynamic young players," Loew said after extending his unbeaten run to 20 matches since the Euro 2016 semifinals.
"We were very good in the first half and made some good chances but in the second we could have broken forward a bit better and switched it around a bit more.
"Sometimes in qualifying teams park the bus so this was a different challenge and we need to spend time working on how to break through and have a look at different players and how they perform against the top teams."
Germany host France on Tuesday, when England play Brazil at Wembley, and Loew said he planned more changes to keep his side fresh but also to ease the load on his experienced players with an eye on their defence of the World Cup next year in Russia.
"There is a lot of pressure on these players," he said. "We want them healthy and at a top level at the end of the season."