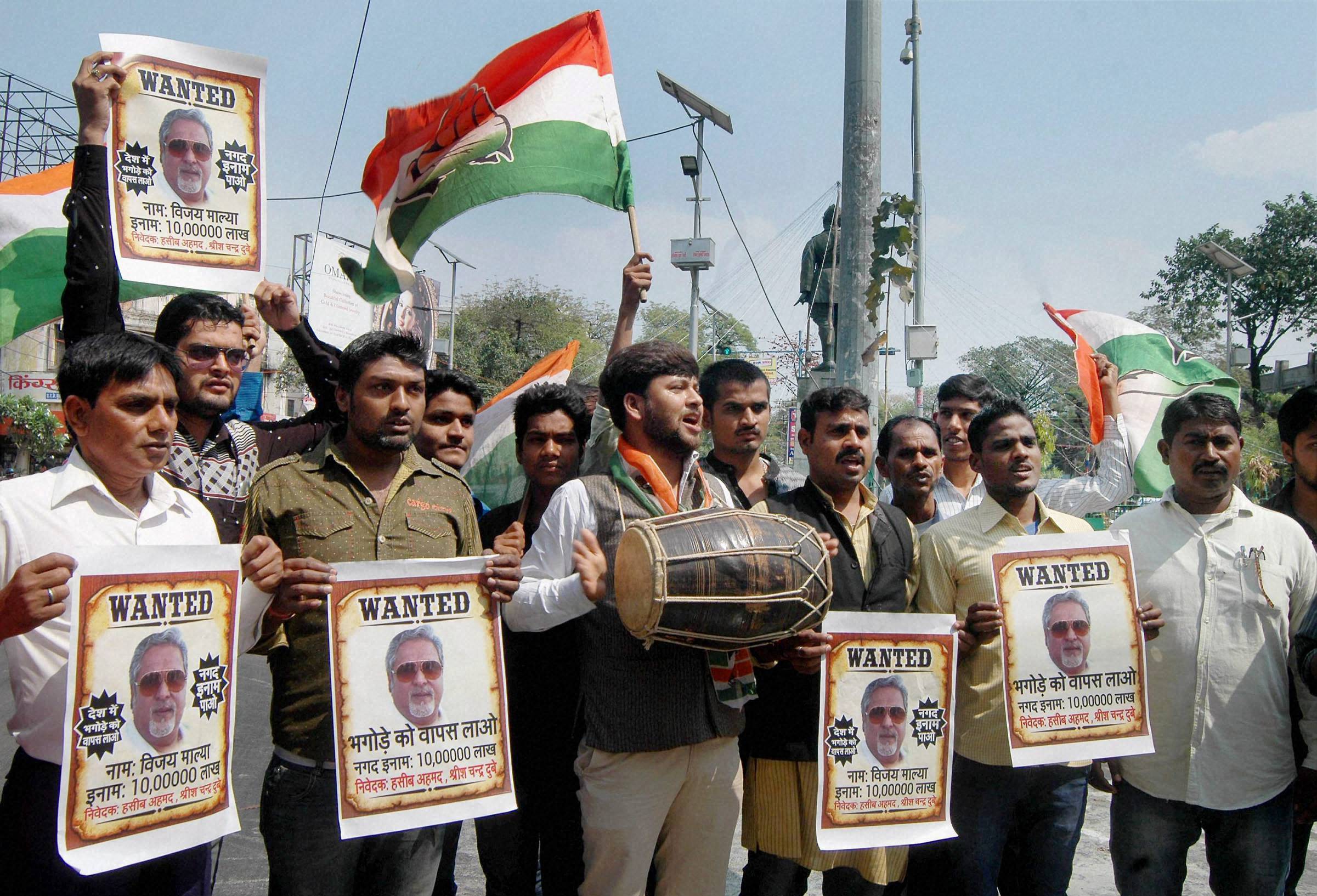 New Delhi: The Ethics Committee of Rajya Sabha headed by Congress veteran Karan Singh on Monday took cognizance of the issue of Vijay Mallya, who has allegedly defaulted on over Rs9,000 crore bank loans.
Acting on the notices given by Opposition members, the Chairman of the Upper House Hamid Ansari earlier referred the matter to the panel.
"The question regarding Mallya was earlier raised in the House in the morning. The Chairman referred the matter to the Ethics Committee. Our meeting was decided earlier. There were two more issues. Now we have taken up this third issue as well. "We have taken its cognizance. Now we will proceed on it as per our rules," Singh told reporters after the panel meeting.
When asked about the next meeting of the panel, the Congress leader said that a date has not been fixed as yet. "But meetings will happen," he said.
To a query as to whether the matter was discussed by members in the panel meeting on Monday, Singh said,"the issue was not discussed. We only took cognizance of the case."
To a specific question as to what will happen in the matter, Singh quipped, "Ask any fortune-teller, what will happen. Why do you ask me?"
The 10-member committee headed by Singh comprises Satish Chandra Misra (BSP), Avinash Rai Khanna (BJP), Sharad Yadav (JDU), Sitaram Yechury (CPI-M), Mukul Roy (Trinamool Congress), Neeraj Shekhar (Samajwadi Party), A. Navaneethakrishnan (AIADMK) and Devender Goud T. (TDP).There is one vacancy.
With numbers in the panel favouring Opposition, the issue is likely to generate political heat in the coming days.
Leader of Opposition Ghulam Nabi Azad, Congress MP Pramod Tiwari and JD-U President Sharad Yadav were among the members who had given notice against Mallya to the Chairman.
Congress members in Rajya Sabha on Monday again raised the Mallya issue, and demanded that the industrialist be brought back to India, along with former IPL chief Lalit Modi.
Congress members trooped in the Well and raised slogans half way through the Zero Hour after its member Pramod Tiwari brought up the issue.
The party had raised the issue last week also. Tiwari contended that the liquor baron was elected to the Rajya Sabha with BJP support.
Hitting back at Congress for questioning whether the Centre would seek Vijay Mallya's deportation, BJP, however, said the industrialist was a "Congress' baby" and accused the previous UPA dispensation of helping him by forcing a bank to provide a loan of Rs3,100 crore despite his company's poor finances.
Meanwhile, the Enforcement Directorate (ED) has written to 17 banks and a clutch of probe agencies with an aim to prepare a water tight case against Mallya who is being probed for money laundering charges in the IDBI bank alleged loan fraud case.
The agency is also understood to be mulling to take "legal action" in case Mallya does not present himself or produce valid reasons for absenting before agency investigators as scheduled on March 18 in Mumbai.
Official sources said the agency has written to the 17 banks who lent money to the grounded Kingfisher Airlines and later went to the Debt Recovery Tribunal(DRT) for recovery of these dues.
It has also sent official requests seeking details of the probe conducted by the Income Tax and Service Tax departments and the Special Frauds Investigation Office(SFIO) against the airline in the past.
"The exercise of contacting all the stakeholders concerned in this case is with an aim to obtain more information. The agency's probe is under criminal provisions of the Prevention of Money Laundering Act and there has to be a proper corroboration of facts and solid evidence," they said.
They said the agency is also looking for details of overseas and domestic assets of Mallya and his company officials, in coordination with central security agencies and the CBI.
ED has already questioned two senior officials in the money laundering case, former chief financial officer of the airlines A. Raghunathan and former United Breweries chief financial officer Ravi Nedungadi.
They said the investigators are awaiting a response from Mallya on their summons, sent both through post and email, to him to join investigations in person later this week and in case the businessman does not turn up or give valid reasons for absence, it would look to initiate legal action of probably getting his passport revoked.
Sources said as the post of regional chief of the agency is vacant at present in Mumbai, ED Director Karnal Singh will be personally monitoring the overall investigation in the case.
The agency had ealier issued summons to over half a dozen officials of the IDBI bank and Mallya-owned Kingfisher Airlines under PMLA in the case.
The ED recently registered a money laundering case against Mallya and others based on a CBI FIR registered last year.
The agency is also investigating the overall financial structure of Kingfisher Airlines and will look into any payment of kickbacks.
The CBI had booked Mallya, director of Kingfisher Airlines, the company, Raghunathan and unknown officials of IDBI Bank in its FIR alleging that the loan was sanctioned in violation of norms regarding credit limits.
The ED is looking into the "proceeds of crime" that would have been generated using the slush funds of the alleged loan fraud and it is also probing if some of this amount was sent abroad illegally, they said.