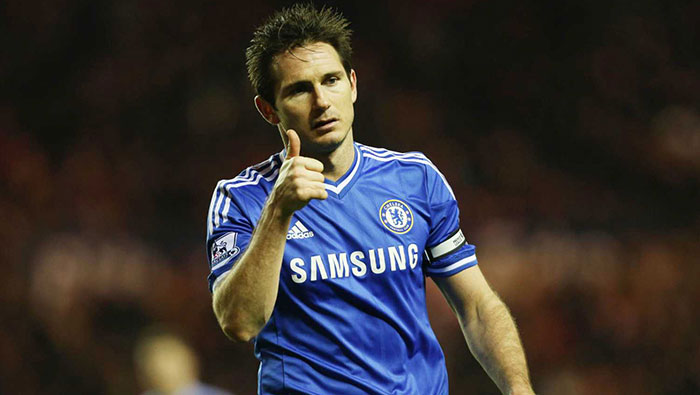 Tokyo: Former England midfielder Frank Lampard backed the video assistant referee (VAR) technology but wants opinion of the match officials to prevail in 'grey' situations.
FIFA has said it would like to use VAR at the 2018 World Cup, and football's law-making body International Football Association Board is expected to decide next March whether to make them part of the game on a permanent basis.
VAR involves assistant referees watching the action remotely and then drawing the match referee's attention to officiating mistakes or missed serious incidents and England's FA will trial it when the national side host world champions Germany in a friendly at Wembley on Friday.
"Moving forward, I think we have to be very careful how we, how much we let go to technology," Lampard said at a soccer event in the Japanese capital.
"I think it's important that we experiment... But for me, before we start putting it in the major tournaments, we have to make sure that we are not trying to video every moment of the game, and try and make video decisions on opinions."
Matches between England and Germany have seen several controversial decisions in the past including Lampard's disallowed goal in the 2010 World Cup and Geoff Hurst's goal in the 1966 World Cup final.
"Sometimes, the referee will have a different opinion, about whether something is a red card or a yellow card and I think some very black and white issues in the game that go along technology, video technology is a must," said Lampard, who was capped 106 times for England.
"Things that are not black and white — things that are grey, things that are opinions — we need to leave that to the referee. But we'll see as we practise with it more and more."
Lampard, who started his career at West Ham United, established himself as one of Europe's finest midfield players during a 13-year spell at Chelsea.
He is Chelsea's all-time top goalscorer with 211 goals in over 400 appearances in all competitions and won three Premier League titles, four FA Cups and the Champions League during a trophy-laden spell at Stamford Bridge.
Lampard said his desire was to manage Chelsea.
"I need to learn, having played for 20 years doesn't necessarily make you a great manager, so I have to learn the ropes, but I would love to be able to put my experiences as a player," the 39-year-old said.
"Of course, having been in Chelsea for so long, that would be the club, that would be my dream, but that's not an easy path."