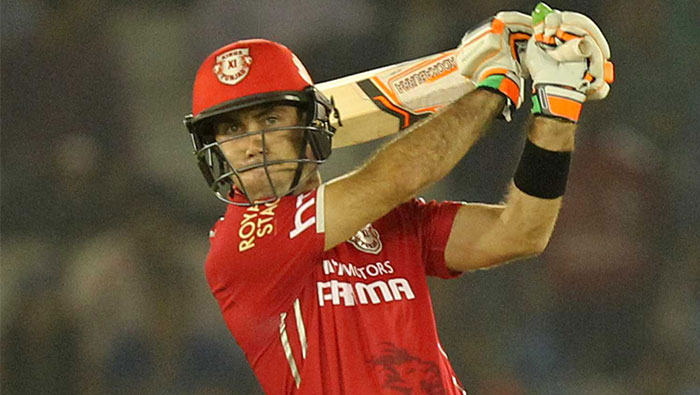 Melbourne: Glenn Maxwell is tired of people harking back to his explosive power hitting in limited overs cricket and says he wants to be recognised for his more measured form as he fights to secure Australia's number six batting spot for the Ashes series.
The 29-year-old off-spinning all-rounder scored two half centuries in Victoria's recent Sheffield Shield match against South Australia and while he was annoyed at failing to convert them to centuries he was happy with his approach.
"I think (selectors) made it pretty clear that they wanted the top six batters in the country and I want to put my hand up and be one of them," Maxwell told reporters in Melbourne.
"I feel like I'm starting ahead of the pack because I played the last test and I think I was undefeated.
"Even if it was in a different country, I feel like I batted quite well and I showed some really good signs."
Maxwell scored a fine century at number six against India in March and with selectors keen to have a part-time bowler able to provide relief for the pacemen over the course of a long campaign, his ability to soak up some overs with his off-spin would be valuable.
However, until his twin half centuries at the MCG, he had not passed 50 since his maiden test century in Ranchi and had been seen as locked in competition for the troublesome spot with the likes of Marcus Stoinis and Hilton Cartwright.
While former Australia leg-spinner Shane Warne said in September he would select Maxwell for the first test against England in Brisbane starting on Nov. 23 because he had the 'X-factor', Maxwell did not want to be viewed as unpredictable.
"I'm not talking about the word 'X-factor' again," Maxwell said.
"I have ability to score quickly at stages but I think the way I've been playing recently, I've been more concentrating on just playing good cricket shots and making sure that I'm there for a longer period of time.
"Hopefully that holds me in good stead."