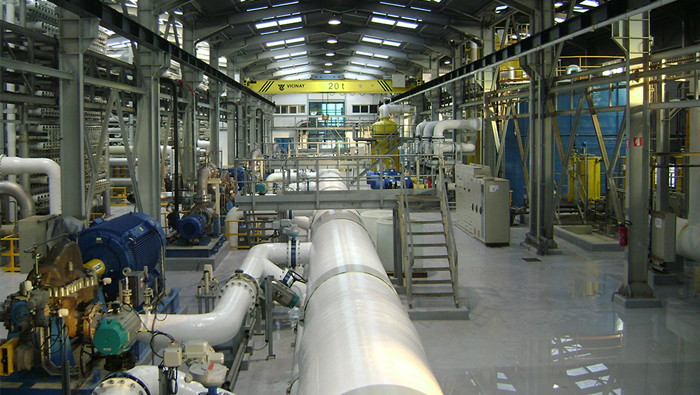 Muscat: Spanish firm Valoriza Agua-led consortium has won a contract for developing a 250,000 cubic metres water per day desalination plant in Sohar.
The contract was awarded by Oman Power and Water Procurement Company to a consortium comprising Valoriza Water (51 per cent), Oman Brunei Investment Company (25 per cent) and Sogex Oman (24 per cent), said a company release.
Earlier this month, the OPWP has signed an agreement with a consortium led by Itochu Corporation to build the Sultanate’s biggest desalination plant in Barka.
The contract is for design, construction, ownership, financing, maintenance and operation, and the purchase of drinking water produced by the project under a water purchase agreement with a term of 20 years. The desalination plant with reverse osmosis technology will have a capacity of 55 million imperial gallons per day, and will have a capacity of desalinated water of 250,000 cubic metres per day. The plant will begin operation in 2018.
This project is one of the largest investments in desalination of seawater in Oman.
This contract consolidates the group's strategy and strengthens its presence in the Middle East through the water desalination projects where Valoriza Agua has designed and built more than 100 plants with a total production of 1.7 million cubic meters day; desalted water that is supplied to more than 11 million people a day. Its experience and innovation have made Valoriza Agua the sixth largest company in the world in terms of contracted capacity of desalinated water for the period 2006-2013, the first Spanish company in this ranking.