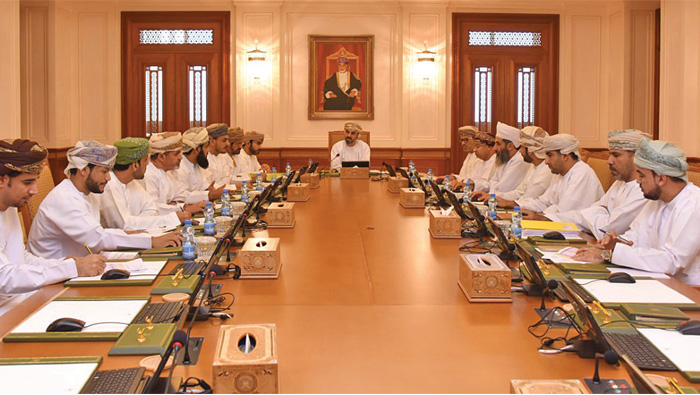 Muscat: A number of responses received from ministries on enquiries presented by members of Majlis Al Shura were discussed during the 25th regular meeting of the second annual sitting (2016/2017) of the eighth term of the Majlis Al Shura Office.
The meeting was chaired by Khalid bin Hilal Al Ma’awali, Chairman of Majlis Al Shura in the presence of the two deputies of the Chairman, the members of Majlis Al Shura Office and Sheikh Ali bin Nasser Al Mahrouqi, Secretary General of Majlis Al Shura.
Majlis Al Shura Office discussed the plans of standing committees for the 3rd session which includes different legislative and oversight issues.
It also discussed approving the minutes of the 1st regular session of the third annual sitting (2017/2018) of the 8th term (2015/2019) and looked into the letter of the Economic and Financial Committee about hosting the chairman of the Special Economic Zone Authority in Duqm (SEZAD).
It also reviewed the report of the Secretariat general of the Arab Parliamentary Union on the 137th meeting of the general assembly and the 201st session of the Governing Council and the permanent Committees of the International Parliamentary Union (Saint Petersburg/ Federal Russia, which was held in October 2017.