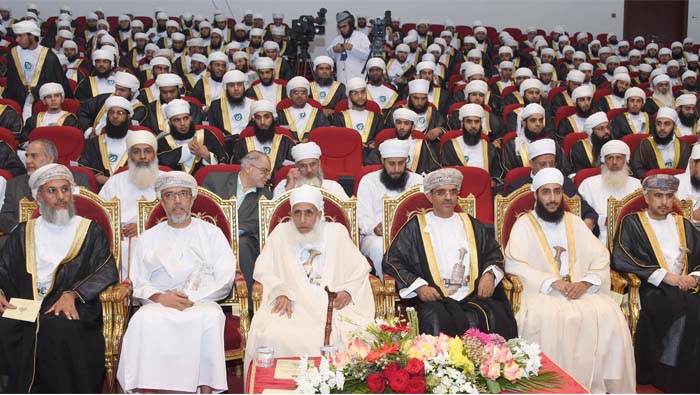 Muscat: Graduation of the 29th and 30th batches of bachelor degree holders was celebrated by the College of Sharia Sciences under the patronage of Dr. Abdullah bin Mohammed Al Sarmi, Undersecretary of the Ministry of Higher Education.
Three hundred students will graduate from the disciplines of “Jurisprudence and its Principles” with 175 graduates, “Jurisprudence and Da’wah” with 43 graduates, and “Fundamentals of Religion”, with 23 graduates.
The ceremony was attended by His Eminence Sheikh Ahmed bin Hamad Al Khalili, Grand Mufti of the Sultanate, Honorary President of the College. Habib bin Mohammed Al Riyami, Secretary General of the Sultan Qaboos Higher Centre for Culture and Science, Board Member of the College, Issa bin Hamad Al Azri, Undersecretary of the Ministry of Justice and Sheikh Dr. Kahlan bin Nabhan Al Kharousi, Grand Mufti Assistant and a member of the Board of Trustees, and a number of invitees.
The College of Sharia Sciences will continue to celebrate its graduates next week, where Dr. Zuhair bint Abdullah Al Khunjariyah, honourable member of the State Council, will sponsor the graduation ceremonies for the tenth and eleventh batches of the College’s students.