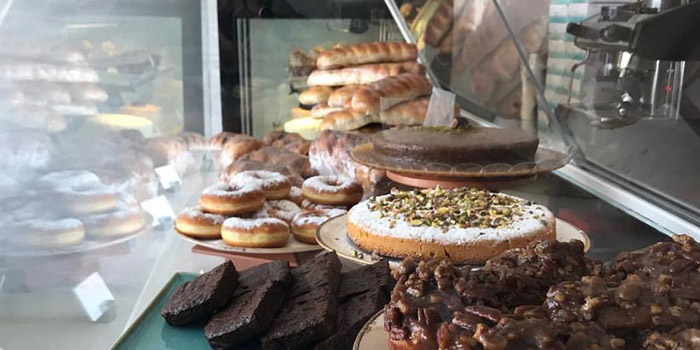 Muscat: To most people, giving up your full-time job to pursue your passions might be a pie-in-the-sky idea.
For Safiya Al Habsi, though, her pies were always firmly on earth, behind glass shelves, for everyone to purchase. She is the founder and owner of Slice Bakery, Oman’s newest – and tastiest – bakery, which opened its doors to customers about six months ago.
“What inspired me was that it was difficult to find good cakes that tasted homemade in retail outlets, because everything tasted too commercial, so I decided to bake cakes and sell them to a wider audience,” said Safiya.
**media[768439]**
“I took a risk with this. Instead of taking a loan to buy land, like everyone else, I decided to invest in a business,” she added.
“At the time, I was working full-time and I realised that it was difficult to do two jobs at once, so I left my job and decided to focus on my business.”
The 30-year-old quit her job at a leading bank in Oman to pursue her dreams, and has not regretted it, even once.
Her hand-made doughnuts, rich chocolate brownies, traditional American-influenced cinnamon babka and signature pecan buns are now the talk of the town, with her custom made-to-order cakes, also turning customers’ heads.
Risk and return
“In business, the bigger the risk, the bigger the return. I was a corporate banker for five years, so I got a few ideas about how to set up businesses, but my passion was in baking,” she said.
“My family and friends were very supportive, but my parents’ generation are not really risk takers, and they were not keen, and they didn’t know how people would react to it.
“They told me not to leave my day job, but I told them it was difficult to do two things at once, especially given that I am a mother, as well,” added Safiya.
“My husband has also been very supportive, and he is my business partner, having invested in this.”
But Safiya’s dreams of owning her own business required patience and perseverance on her part. Securing a loan took time, and she was worried she wouldn’t be able to find a good shop space. “Getting a loan wasn’t easy, to be honest, not at all,” she admitted.
“In general, my problems were with the process itself, because it’s quite lengthy and you don’t get your loan immediately.
“I was worried that I would not be able to book the shop space, and I felt like I was running out of time. But in the end it all came through. Getting good decent retail spots in Muscat is quite hard, to be honest, because businesses begin booking spaces even before a building is up. As soon as they see a construction project going on, people start making enquiries.”
With the current generation of Omanis being more willing to take risks, though, Safiya is confident there will be many more people who pursue their passions in the future. “Times have changed now, and the markets are not the same as they were before,” she said.
“Our parents had more of an opportunity to grow, wherever they worked previously, because the population wasn’t as big and not as many people were as educated as they are today. Today, there is a lot of competition, and not just among the nationals, but with expats, as well.
“The environment is quite difficult to receive promotions in, so instead of investing years of my time and waiting to grow, I thought instead of setting up my own business, because you can control many more aspects,” added Safiya.
“Every risk has to be calculated, but it has to be within reason. The market is quite small, and there is a buying power here. But there is a limit to how much people want to spend, so you have to market your products quite cleverly.”