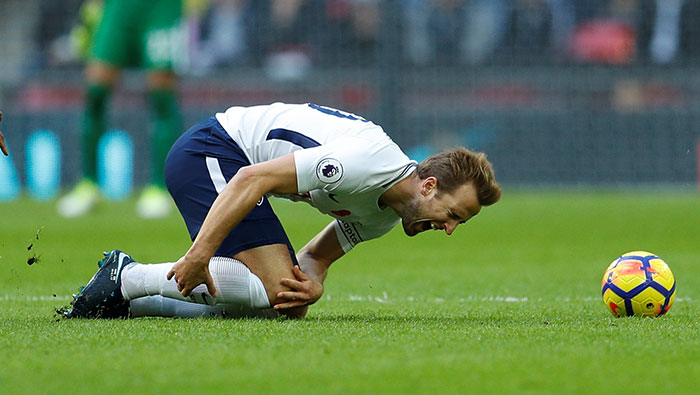 London: England have lost the services of Tottenham Hotspur trio Harry Kane, Dele Alli and Harry Winks for the friendlies against Germany and Brazil, the FA announced on Monday.
Striker Kane (knee) and midfielder Winks (ankle) had treatment during Tottenham's win over Crystal Palace in the Premier League on Sunday. Alli sustained a hamstring injury in last week's Champions League victory over Real Madrid.
West Bromwich Albion midfielder Jake Livermore and Everton defender Michael Keane have been called into the squad, while Chelsea defender Gary Cahill will have a late fitness test.
"Jake Livermore has been added to the England squad following the withdrawal of Harry Kane and Harry Winks through injury," the FA said after earlier calling up Keane.
The 24-year-old Keane has a chance to earn his fifth cap after returning from a leg infection in Everton's exciting comeback win over Watford on Saturday. Midfielder Jordan Henderson missed Liverpool's win at West Ham United on Saturday with a thigh injury but is due to join up with the England squad later in the week.
England host Germany on Friday and meet Brazil four days later.
Kane has been in electrical form for London outfit Spurs this season, who have shaken off the teething troubles they encountered on moving to their temporary home at Wembley, the stadium of England's national football team.
The 24-year-old has already scored 18 goals for club and country this season, having found the net eight times in the Premier League, and a further five in the Champions League. He is currently tied at the top of this season's Premier League goalscoring charts with Manchester City's Argentine hitman Sergio Aguero.
Dele Alli has also been a revelation since joining Spurs from MK Dons in 2015. His first full season at Spurs saw him being awarded the Professional Footballers' Association's Young Player of the Year Award in April 2017, and he was also inducted into the PFA Team of the Year.
Harry Winks is another player who is slated for big things, and recently received plaudits for the manner in which the 21-year-old held his own against Real Madrid midfielders Toni Kroos and Luka Modric in Spurs' 3-1 win over the current Champions League holders, at Wembley Stadium.
With inputs from Reuters.