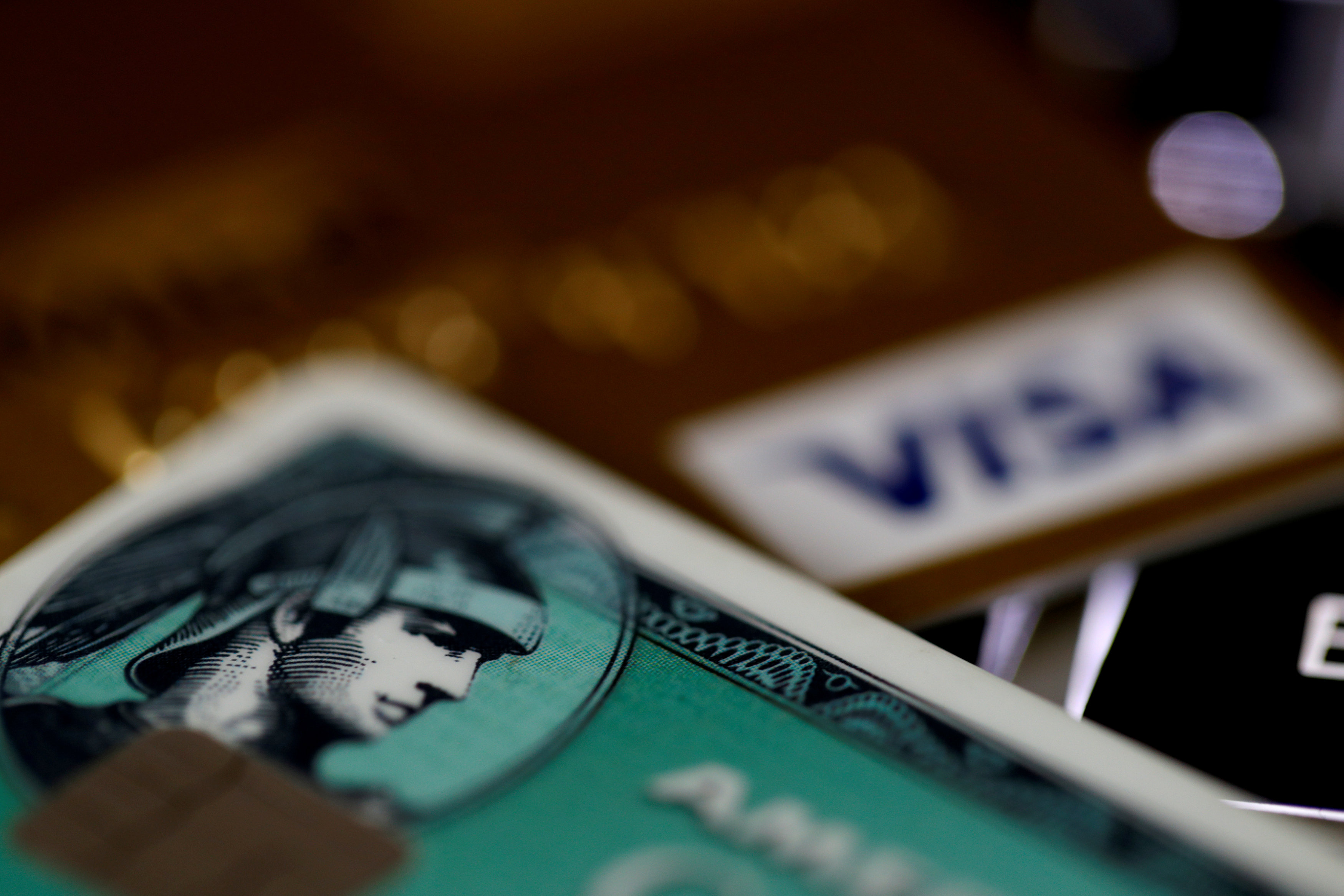 Hong Kong/Beijing: China is pressing foreign payment card companies to form local joint ventures for onshore operations, said three people familiar with the matter, a move that would counter a pledge on market access Beijing made to US President Donald Trump. The push to get foreign card issuers to enter into equity tie-ups with Chinese companies, instead of running fully-owned units, comes ahead of Trump's visit to China this week, and could further delay access to China's rapidly-growing market for foreign card companies like MasterCard and Visa.
The Trump administration has been a fierce critic of what it sees as China's mercantilist policies. In September, Robert Lighthizer, the US Trade Representative, criticised China for forcing companies into joint ventures.
Trump also called the US trade deficit with China "horrible" ahead of a trip to Asia that started on Friday and includes visits to five countries, including China. Foreign card companies have been lobbying for more than a decade for direct access to China, which is set to become the world's No.1 bank card market by 2020, according to GlobalData, a research company.
In 2012, the World Trade Organisation ruled that China was discriminating against foreign card companies. In May, Beijing and Washington agreed on a deadline for China to issue guidelines for the launch of local operations by US payment network operators, leading to "full and prompt market access."
Some of the foreign card issuers, who were looking to set up their wholly-owned operations in China, have "informally" been told by the authorities to enter into equity joint ventures with local companies, said the three people, who have been briefed on the discussions with the central bank. It was not immediately clear whether the foreigners would be allowed to own majority stakes in the joint ventures, the people said. In most other financial services businesses, foreign companies are allowed to own minority holdings.
"While this is in line with how they treat foreign investments in other financial services, expectations were building up for wholly-owned operations because foreign firms can never be a big competitor to UnionPay," said one of the people. The person was referring to the near monopoly of the state-backed China UnionPay Co Ltd in the domestic bank card market.
Visa, the world's largest payments network operator, was the first to submit its application for a license in July, after the People's Bank of China (PBOC), the central bank, issued the guidelines on June 30.
Visa's application, however, has been put on hold, and the company has been asked informally to firm up its local equity partnership before resubmitting the application, said two people familiar with the matter.
All the people who spoke to Reuters declined to be named due to the sensitivity of the issue.
The PBOC did not respond to a faxed request for comment. A spokesman for American Express said the company had submitted an application for a payment clearing and settlement license in China.
"We continue to consult with the PBOC and will seek their guidance as we progress," he said, without elaborating. A Visa spokeswoman said the company had put in an application with the Chinese central bank and that it expected the PBOC would consider that "in line with the publicly released measures and guidelines." Mastercard did not respond to request for comment.
The latest development in the long wait for US card companies to access China's yuan-denominated onshore settlement market would also add to foreign investors' complaints over discriminatory Chinese policies and market access restrictions. While the foreign companies have been waiting to offer yuan-denominated cards since the WTO ruling in 2012, UnionPay has expanded well beyond China with a presence in over 160 countries including the United States, and many countries in Europe.
It had a 55 per cent share in the global debit card market in 2015, according to Euromonitor. Some industry insiders have privately expressed concerns about whether China would provide a level-playing field for foreign companies.
Limiting the ownership of the global card companies in the local operations could have an impact on their operational control and dealings with overseas parents - a normal course of doing business for them elsewhere, they said.
Even after getting a local equity partner, foreign bank card companies would have to subject themselves to unspecified national security reviews and agree to set up data systems within China.
Some US payment card companies however, could see benefits from forming joint ventures with large, local companies with an existing customer database and access to networks across China, two of the people said.