Imported a second-hand car? It may not be safe for our roads: Royal Oman Police 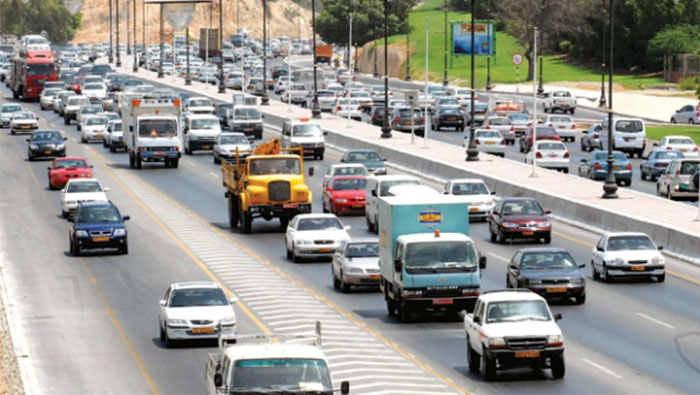 Muscat: Buying a second hand car outside Oman and driving it here could leave you with a huge bill - and no car, Royal Oman Police (ROP) has warned.
While the thought of bagging a bargain by importing a used car may be tempting to many residents, police say many new owners are duped into buying vehicles that have been in accidents, floods or fires. And they urged residents to check the vehicle with an independent dealer before parting with their hard earned cash.
All new owners must report to an inspection unit with their cars within two days of driving the vehicle across the border, police say.
And they warned that if the new dream car doesn’t pass Oman’s stringent road safety tests – it will not be licenced. The ROP has called on used vehicle owners to visit their nearest traffic department within two days after importing the vehicles.
Last week, Oman’s Shura Council examined the cost of buying a vehicle in Oman, compared to other GCC states, and met with representatives of the auto industry here. Colonel Said Mohammed Al Zarafi, Director of Traffic Operations at ROP, said: “Just after importing the vehicle, a buyer of a second-hand vehicle should visit the nearest directorate of traffic for conducting the technical check-up and receive a detailed report about the imported vehicle.
“We encounter cases with defects in the chassis of vehicles due to accidents, and therefore, it is not possible for such vehicles to be registered due to the lack of safety measures.”
Colonel Said Al Zarafi also advised buyers of second hand vehicles to search for and approach accredited vehicle workshops in the countries from where they import. “One must not only depend purely on the place he or she bought the vehicle from, instead, they need to verify the validity of the vehicle they are buying,” Al Zarafi added.
The Director of Traffic Operations at ROP also stressed that everyone who imports used vehicles must check the safety of the imported vehicle and that it has not been involved in serious accidents, floods or fire, which may lead to the rejection of the registration in the Sultanate.
“People of Oman can import vehicles to Oman based on the decision issued by the Minister of Commerce and Industry.
“There are now service centres (for technical check-up) in every wilayat with more than 33 service centres opened in various parts of Oman based on the directives of the (ROP) command and under the direct supervision of the Inspector General of Police and Customs where people can get their vehicle checked.”
Import of private vehicles older than seven years from the date of manufacture is banned in Oman and all imported vehicles have to conform to the specifications. A growing number of residents in Oman have bought used cars from other GCC countries. One said: “Used cars are cheaper in other GCC countries compared to Oman, especially when brand-new models are costly.”
Prices of vehicles in the Sultanate compared to other GCC States were recently discussed by the Majlis Al Shura Economic and Financial Committee, under the chair of Dr Saleh bin Said bin Salim Musan, Chairman of the Committee.
The aim of the Majlis Al Shura meeting was to focus on two main themes - the rising cost of vehicles here compared to neighbouring countries and the effect of this difference in prices on the performance of the Omani economy, especially as many consumers prefer to buy vehicles from outside Oman.
During the Majlis Al Shura meeting, auto agencies’ representatives explained some factors that make them raise prices of certain vehicles, such as strong local demand, purchasing power, operational costs, and the high cost of shipping to Omani ports.