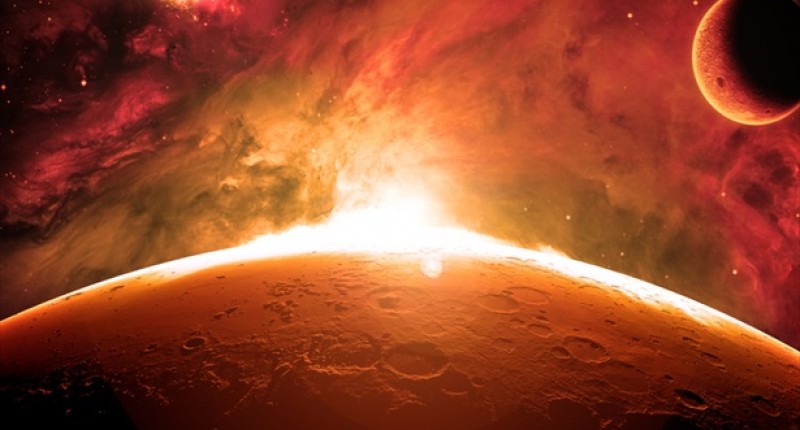 Muscat: Two students from Umm Al Khayr School have built a device to detect water on Mars.
The students, Mazoon Al Tubi and Maram Al Dawoudiya, won first place in the Sultanate in the Mars Simulation Competition organised by the Omani Astronomical Society, where they presented the idea for their device.
**media[767665]**
“The idea of the project was inspired by the “Opportunity” spacecraft discovery of evidence of water on Mars, which was not followed up by other space flights to investigate the exact location of this water,” said Mazoon Al Tubi.
“The device has a Bluetooth sensor, which emits ultrasonic waves using geophone technology that goes deep into Mars. When the water is found, the information will be sent to a programme on the computer that analyses the data,”Maram Al Dawoudi added.
Wisam Al Busaidi, vice-president of the Oman Astronomical Society, noted, “The idea for the project was approved by the Austrian Space Forum to be a part of their research in Mars Simulation Experiments. Currently the project is being developed, in cooperation with Sultan Qaboos University and the Oman Petroleum Company.”
A Mars research mission, being organised by the Austrian Space Forum, has been scheduled for February 2018.
The tiny Dhofar town of Marmul, with a population in the low thousands, will host the expedition, and could provide a launchpad for Oman’s space research ambitions.
Researchers believe Marmul - better than anywhere else on earth - resembles Mars, the Red Planet, and more plans could soon be developed, experts agree.
There are some 19 experiments that will take place in February, and one of these belongs to the Omani students.