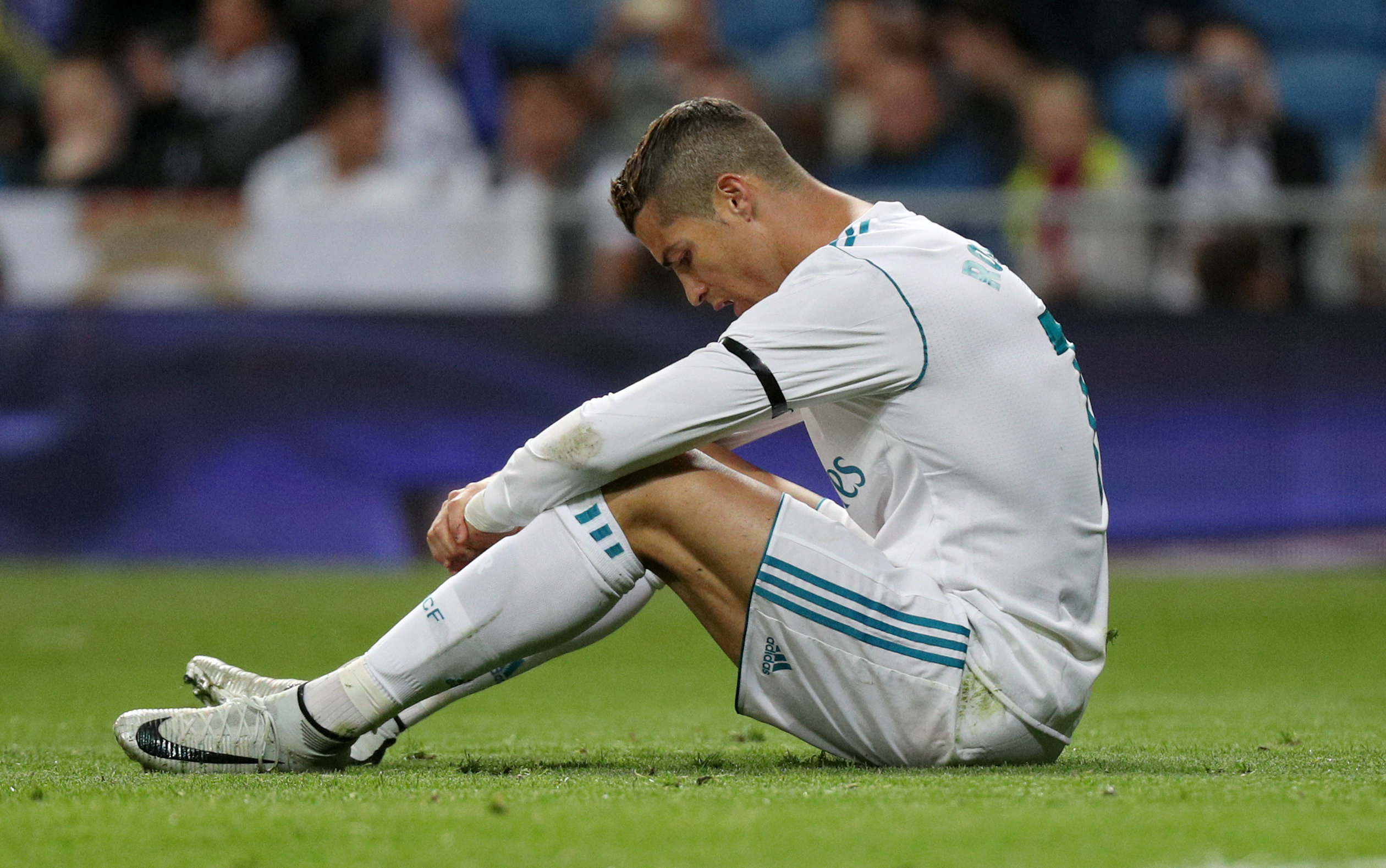 Madrid: Just six months after Cristiano Ronaldo racked up 25 league goals to propel Real Madrid to La Liga title, the Portuguese hitman seems to have lost his scoring touch.
While the champions eased to a 3-0 victory over Las Palmas on Sunday, the fact that neither Ronaldo or Karim Benzema found the back of the net is starting to cause concern in certain sections of the Bernabeu.
The duo have not scored in La Liga since hitting a goal apiece as Real laboured to a 2-1 victory over Getafe three weeks ago. Those strikes remain their only league goals this campaign.
The club’s top scorers are midfielders Marco Asensio and Isco, with four each. It is a far cry from Lionel Messi’s 12 goals for Barcelona.
"Cristiano and Benzema do things well on the pitch. Isco scores from Ronaldo’s cross, for example,” manager Zinedine Zidane said when quizzed about their goal droughts.
"They’re setting them up at the moment - but runs change.”
While fans are hoping the lean spell will end soon, patience is wearing thin where Benzema is concerned.
There were audible groans when he missed a one-on-one in the opening exchanges and he was booed off the pitch when he was substituted after making little impact in yet another match.
When former Barcelona striker Gary Lineker recently tweeted that Benzema was "overrated”, the Frenchman reacted by accusing the Englishman of spreading "hatred".
Unfortunately for Benzema, the numbers do not add up.
Apart from the strike against Getafe, he has found the net only once more this season, during the Spanish Super Cup second leg win over Barcelona. It is a poor return in 11 appearances in all competitions this season.
More surprisingly, Ronaldo has the same number of league goals, although he did have to serve a five-game suspension at the start of the season and has netted six times in the Champions League.
Nevertheless, not for the first time this season, the Portuguese cut a frustrated figure during the game.
"Their goals will come. Karim is more generous in that sense. Cristiano goes home annoyed when he doesn’t score, but we’re not worried,” said captain Sergio Ramos.
"They make the difference and the most important thing is to win. They’ll start scoring.”
However, with the champions trailing league leaders Barcelona by eight points and a trip to Atletico Madrid coming up after the international break, Real need their misfiring duo to find their shooting boots quickly.