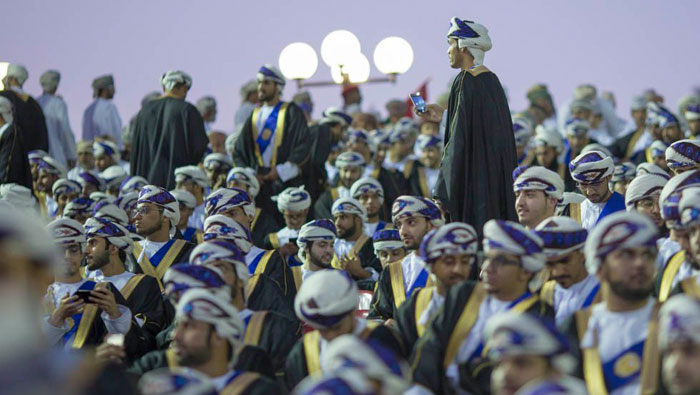 Muscat: More than 1,800 graduates from the science colleges of the Sultan Qaboos University (SQU) received their certificates on Sunday.
The first phase of the 28th graduation ceremony of the University was held at the SQU Amphitheatre under the patronage of Sheikh Mohammed bin Abdullah Al Hinai, State Advisor.
The ceremony marks the graduation of the 9th batch of PhD graduates, the 22th batch of master’s degree holders, and the 28th batch of bachelor’s degree holders.
As many as 3,227 students from different colleges at the university will receive their certificates this year.
A total of 1,818 graduates from the science colleges at the university received certificates at the first ceremony on Sunday. The number of graduates from each college is as follows: the College of Agricultural & Marine Sciences (256); the College of Engineering (408); the College of Medicine and Health Sciences (173); the College of Nursing(100); the College of Science (422); and the College of Economics and Political Science (459).
Speaking on the occasion, Dr. Ali bin Saud Al Bimani, the Vice Chancellor of SQU, outlined the major achievements of the university’s science colleges, staff and students during the previous academic year.
“A group of students from the College of Engineering won second place in the GCC Gulf Robotics Challenge in its second edition at Qatar University. Students from the Department of Civil & Architectural Engineering received first place at the 9th annual Wooden Bridges Competition, which is held annually at the American University in Dubai. A team from the Department of Computer Science, College of Science won the fourth place in the Gulf Programming Competition, which was held in Kuwait”, he said.
Touching upon staff achievements, the Dr. Al Bimani said that Prof. Nicholas Woodhouse, Professor at the College of Medicine & Health Sciences, and Dr. Omeyma Taha Elshafie, Senior Consultant at SQU Hospital, won an award from the American Association of Clinical Endocrinologists for the best scientific paper for describing a Euthyroid athyroxinemia, a novel endocrine syndrome.
Dr.Omeyma Taha also won the Ibn Sina Distinguished Service Award instituted by the American Association of Clinical Endocrinologists.
Dr. Maha bint Mubarak Al-Khaduri, Assistant Dean for Training and Community Services, College of Medicine & Health Sciences, won Al Mar’a Excellence Award in 2016 for health and education from Women’s Foundation in the Sultanate.
Dr. Mahmoud Ibrahim Masoud, Assistant Professor in the Department of Electrical & Computer Engineering, received the best research award in engineering education from among 403 papers presented at the International Conference on Engineering Education in Athens.
Dr. Ali bin Masoud Al Harthi was appointed as an external evaluator at the Accreditation Board for Engineering and Technology (ABET) in the United States of America. Prof. Salma Mohammed Al Kindy, Dean of the College of Science, and Professor in the Department of Chemistry at Sultan Qaboos University, received “Lifetime achievement award in Chemistry” by the Venus International Foundation (VIF), India.
Dr. Nasser bin Said Al-Salti, from the College of Science has been selected as the Young Affiliate for 2017-2021 by The World Academy of Sciences Arab Regional Office (TWAS-ARO).
The American National Academy of Sciences, Engineering and Medicine chose Dr. Majid bin Salem Al Ruqaishi from the Department of Physics at the College of Science, representing the University and the Sultanate to participate in the Fifth Arab- American Symposium, to be held in Rabat, Morocco at Mohammed V University.
In addition, he received a research fellowship from the American National Academy of Sciences (NAS), which qualifies him to conduct advanced research in nanotechnology at the University of Illinois.
Dr. Al Bimani listed the patents received by the University during the previous academic year. A research team from the College of Engineering received a patent for the invention of a multi-port portable wireless charger.
A student team from the Department of Mechanical and Industrial Engineering, College of Engineering received a patent for the invention of convertible wheel chair for persons with special needs.
A research team from the College of Science got a patent for the application of nanostructured zinc oxide membranes for separating oil from water.
A research team from the College of Agricultural & Marine Sciences received patent for the production of value added date syrup through the crystallisation of sugar (date honey).
Reeling out the progress of SQU in term of research and academic accreditation of programs, the Vice Chancellor said that two research centers has been established: the Sustainable Energy Research Center and Nanotechnology Research Center taking the total number of research centers at the university to 12.
The Research Centers conduct research and build capacity in areas that are of great importance to the Sultanate.
The Department of Computer Science, College of Science received the academic accreditation from ABET for six years without any deficiency, weakness or concern. In addition, self-study report of the department has been chosen among the best 50 well-written Self-Study reports in 2016.
Dr. Al Bimani further said that the university is working on implementing its strategic plan 2040.
“Each year, we feed all vital sectors at the Sultanate with qualified and high level of knowledge of the national cadre to be part of the system that drives the process of building on the Renaissance”, he said.
He said that SQU has initiated the process to establish a club for the graduates of the University, which will serve as a communication channel between the graduates and the university.
The student Ghassan bin Abdul Malik Al Mazroui from the College of Engineering delivered the graduation speech, in which he expressed gratitude towards the university and its staff for all the support they received during their academic life at SQU 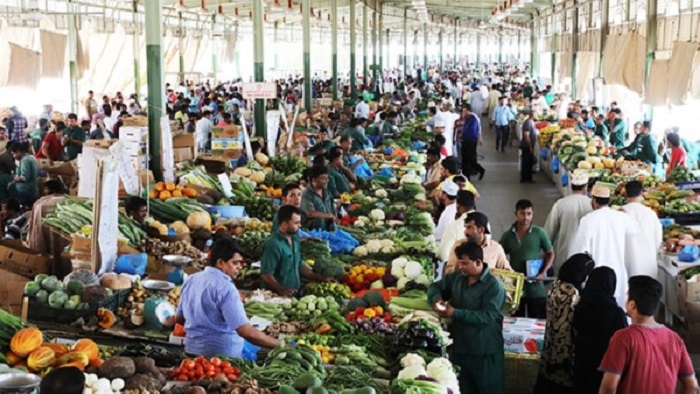 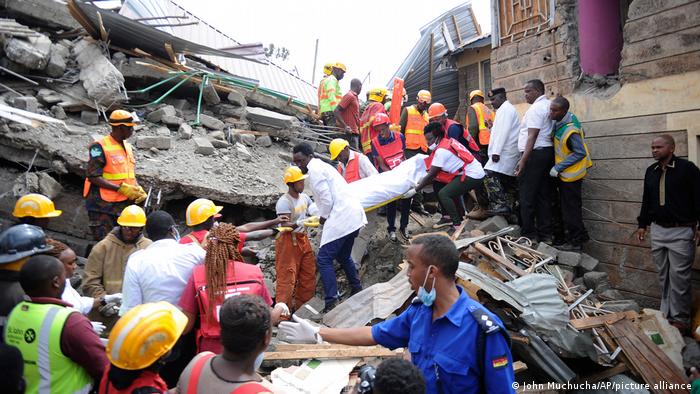