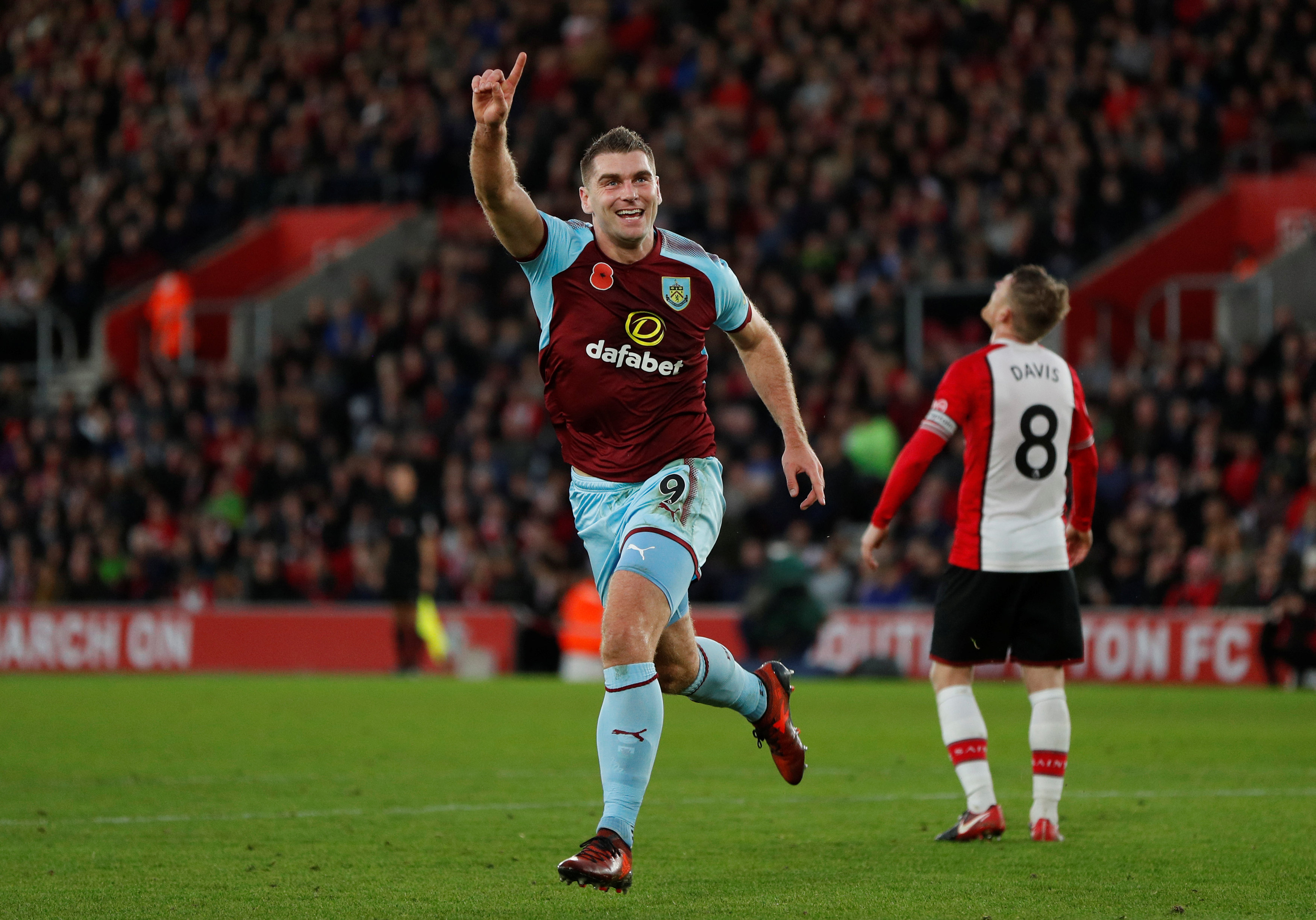 London: Burnley's impressive start to the season continued when they earned a 1-0 win at Southampton in the Premier League on Saturday.
The St Mary's crowd have not had much to cheer of late as their side had won only twice in 11 games prior to the visit of Burnley.
It looked like Saints were about to better that record but they found Burnley goalkeeper Nick Pope in fine form before substitute Sam Vokes brilliantly headed in the winner in the 81st minute with his side's only shot on target in the match.
The result sees Burnley climb above Liverpool into sixth, temporarily at least, while Southampton stay in 13th.
The first half was a cagey affair where it took until the 35th minute for either goalkeeper to be forced into a save. Pope was the first to be tested, beating away Sofiane Boufal’s effort.
Pope then had to make an even better save to palm Nathan Redmond’s drilled effort around the post just before half time.
After the break, Pope continued to thwart Saints, with his best save of the match reserved for Maya Yoshida's strike from the edge of the box as he acrobatically tipped the ball over the crossbar.
Redmond then played a fine one-two with Manolo Gabbiadini to work a chance for himself but sliced his strike wide from a good position.
Burnley started to create some problems after manager Sean Dyche made a positive double change, bringing on Ashley Barnes and Vokes to go with two strikers up front, and the pressure told as they scored what proved to be the winning goal nine minutes from time.
"The two lads coming off the bench changed the game,” Dyche said. "They were terrific. We have found a way to operate that suits us."
Johann Berg Gudmundsson whipped a cross on to the head of Vokes, who was facing away from goal with plenty still to do to even get the ball on target, but he managed to arch his back and power the header beyond the reach of Fraser Forster in the Saints’ goal.
The hosts pressed but could not muster an equaliser as Dyche’s stock increased yet further after another win on the road, while the pressure mounts on Southampton boss Mauricio Pellegrino.