Football: Crouch comes off the bench to snatch a point for Stoke against Leicester 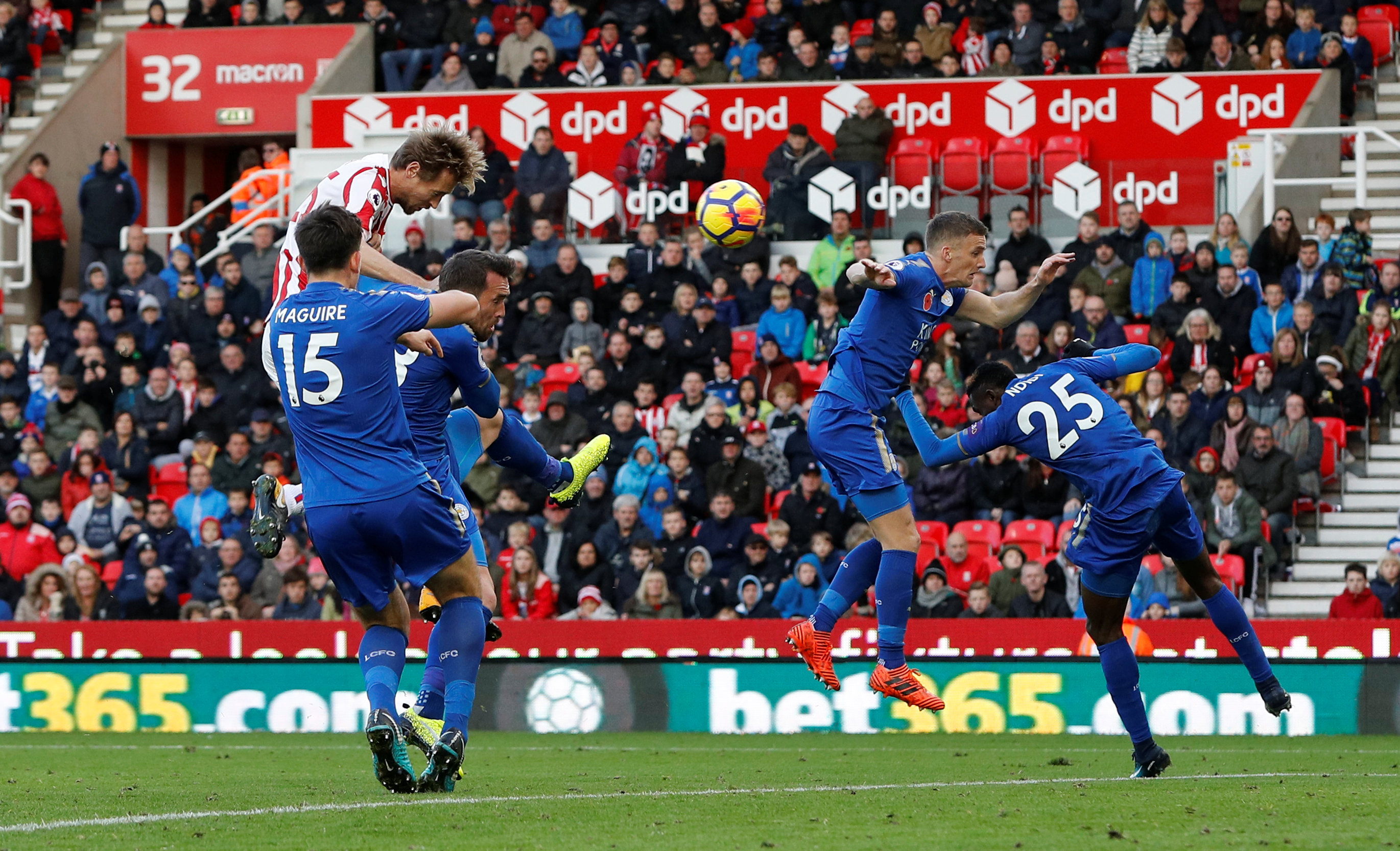 London: Peter Crouch came off the bench to deny new Leicester City manager Claude Puel a second win in a week as Stoke twice came from behind to draw 2-2 with his club in the Premier League on Saturday. Leicester took the lead in the 33rd minute when Vincente Iborra swept home the ball from a corner to register his first goal in English football. The visitors had chances to immediately double their lead but it was Stoke who found the net six minutes after falling behind, with Xherdan Shaqiri racing on to a Maxim Choupo-Moting flick to equalise. On the hour, the visitors got their second goal when Riyad Mahrez fired into the bottom corner but Crouch -- who equalled the record for the most Premier League substitute appearances after replacing Ramadan Sobhi -- had the final say, heading home Shaqiri's cross to snatch a point for the home side. The visitors started brightly, and were almost in front 11 minutes in, but Ryan Shawcross did well to block Jamie Vardy’s close-range effort. However, the pressure told as Iborra powered home the ball to break the deadlock after Harry Maguire had knocked a corner down into his path. Leicester should have quickly doubled their advantage but Jack Butland was equal to a Shinji Okazaki effort, before Iborra headed over from a good position. "We had a lot of chances today,” Puel said. "It's a pity (Leicester didn’t win) but it is encouraging for the future. We are confident with our play and with the quality of our strikers." Such profligacy proved costly as Stoke levelled on the counter attack. The move was swift -- Choupo-Moting flicked the ball through first time for Shaqiri, who opened his body up before slotting into the bottom corner. Mahrez then showed neat footwork to work space for the shot but saw his fizzing strike fly just wide, before Kasper Schmeichel again got down well to keep out a header from Shawcross. Moments later, though, Mahrez did find the net. The change of pace saw him skip past Erik Pieters and he cut inside before powering a strike underneath the despairing dive of Butland. However, Leicester were denied a second win in a week by a familiar face as Crouch got up highest to meet Shaqiri’s corner and earn his side a share of the spoils.