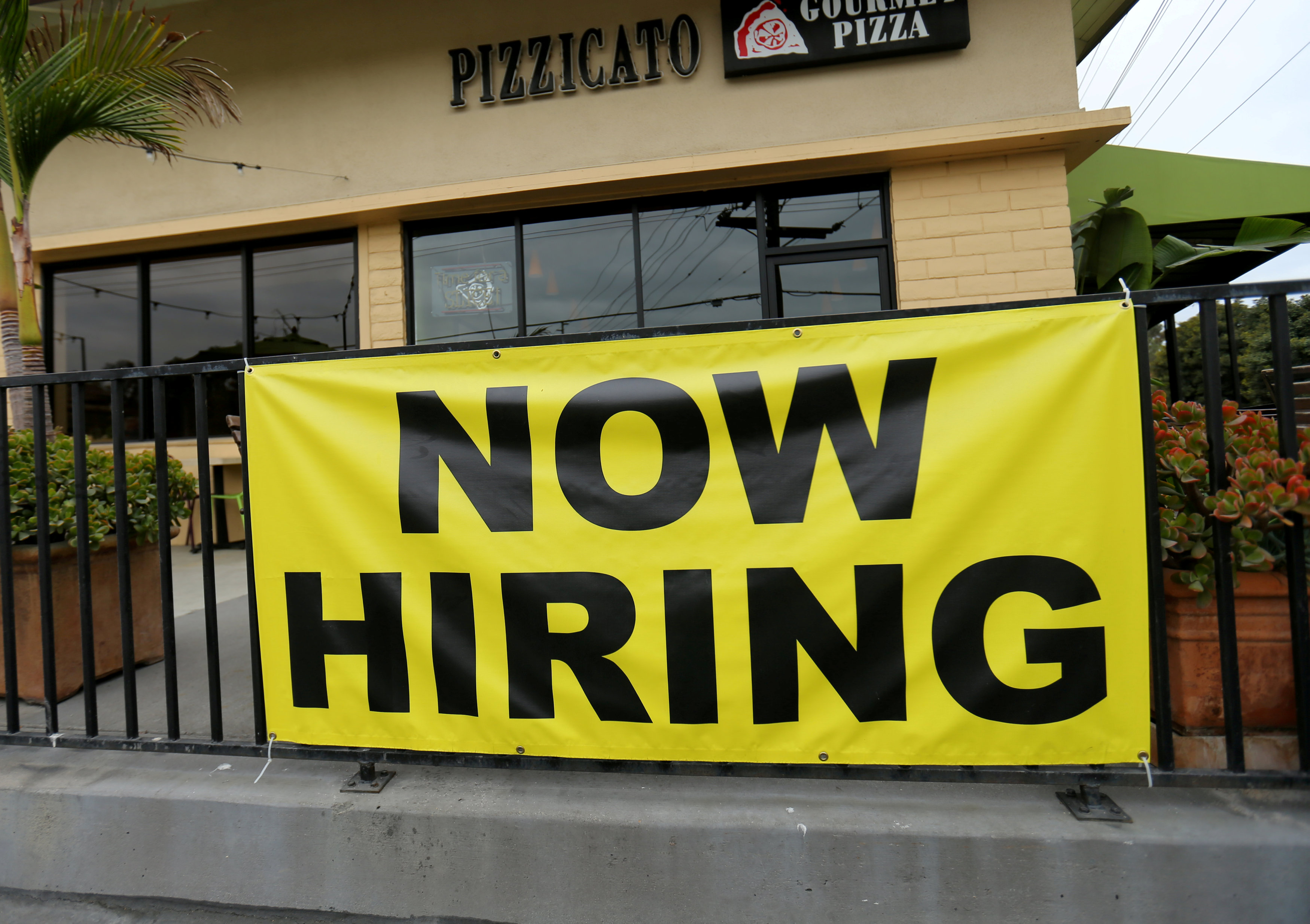 Washington: US job growth accelerated in October after hurricane-related disruptions in the prior month, but wages grew at their slowest annual pace in more than one-and-a-half years in a sign that inflation probably will remain benign.
Non-farm payrolls increased by 261,000 last month as 106,000 leisure and hospitality workers returned to work, the Labor Department said in its closely watched employment report on Friday. That was the largest gain since July 2016 but below economists' expectations for a jump of 310,000 jobs. Data for September was revised to show a gain of 18,000 jobs instead of a decline of 33,000 as previously reported.
The White House, which is pushing a Republican-backed package of tax cuts to boost economic growth and employment, trumpeted the payrolls gains. "Jobs, Jobs, Jobs!" President Donald Trump tweeted after the release of the report.
But Nancy Pelosi, the Democratic leader in the US House of Representatives, said in a statement that the report showed Americans were continuing to be denied bigger paychecks by Republicans' "billionaires-first agenda."
Average hourly earnings slipped one cent in October, leaving them unchanged in percentage terms, in part due to the return of the lower-paid leisure and hospitality workers. Wages shot up 0.5 per cent in September. They were up 2.4 per cent on a year-on-year basis last month, the smallest gain since February 2016, after a 2.8 per cent advance in the prior month.
October's job growth acceleration reinforced the Federal Reserve's assessment on Wednesday that "the labor market has continued to strengthen," and the sluggish wage data did little to change expectations it will raise interest rates in December. The US central bank has increased rates twice this year.
"The weakness in wages will not go unnoticed at the Fed, particularly for members that remained more concerned over the inflation outlook," said Michael Hanson, chief US economist at TD Securities in New York. "Overall, sustained job growth and labor market slack at pre-crisis lows keeps December in play."
Tepid wage growth supports the view that inflation will continue to undershoot the Fed's 2 per cent target. Should wage growth remain sluggish, economists say it would be hard for central bank policymakers to hike rates three times next year as they currently anticipate.
Although the unemployment rate fell to near a 17-year low of 4.1 per cent in October, from 4.2 per cent in the prior month, it was because the labor force dropped by 765,000 after a surprise rise of 575,000 in September.
The labour force participation rate, or the proportion of working-age Americans who have a job or are looking for one, fell four-tenths of a percentage point to 62.7 per cent.
The sharp moderation in job growth in September was blamed on Hurricanes Harvey and Irma, which devastated parts of Texas and Florida in late August and early September and left workers, mostly in lower-paying industries such as leisure and hospitality, temporarily unemployed.
Prices of longer-dated US Treasuries were trading higher as were US stocks. The dollar gained against a basket of currencies.
Labour market tightening
Economists, however, remain optimistic that wage growth will accelerate with the labor market near full employment. The unemployment rate, which has declined by 0.7 percentage point since January, is now at its lowest level since December 2000 and below the Fed's median forecast for 2017.
A broader measure of unemployment, which includes people who want to work but have given up searching and those working part-time because they cannot find full-time employment, dropped to 7.9 per cent last month. That was the lowest level since December 2006 and was down from 8.3 per cent in September.
The lack of wage growth despite a rapidly tightening labour could raise concerns about consumer spending, which appears to have been largely supported by savings this year. "You cannot get strong growth when spending power is increasing so modestly," said Joel Naroff, chief economist at Naroff Economic Advisors in Holland, Pennsylvania.
The economy grew at a 3.0 per cent annualised rate in the third quarter. A separate report from the Commerce Department on Friday showed the US trade deficit increased 1.7 per cent to $43.5 billion in September as rising exports were offset by a surge in imports.
Other economic reports showed a jump in business spending on capital in September and a measure of services sector activity racing to more than a 12-year high in October. Economic growth has remained strong even as Trump and the Republican-led Congress have struggled to enact their economic programme. House Republicans on Thursday unveiled a bill that would slash the corporate tax rate to 20 per cent from 35 per cent, cut tax rates on individuals and families and end certain tax breaks. Small businesses, realtors and homebuilders have opposed the current proposal.
Monthly job growth has averaged 162,000 over the past three months, below the 187,000 average in 2016. The economy needs to create 75,000 to 100,000 jobs per month to keep up with growth in the working-age population.
The slowing job growth trend largely reflects employers' difficulties in finding qualified workers. Some economists believe the impact of the hurricanes was still holding back employment growth.
Private payrolls surged by 219,000 jobs in October after falling by 3,000 in September. Manufacturing employment increased by 24,000 jobs last month while the retail sector lost 8,300 jobs.
Construction payrolls were up 11,000 in October, likely boosted by hiring related to the clean-up and rebuilding efforts in the wake of the hurricanes. Professional and business services payrolls rose as did healthcare employment.