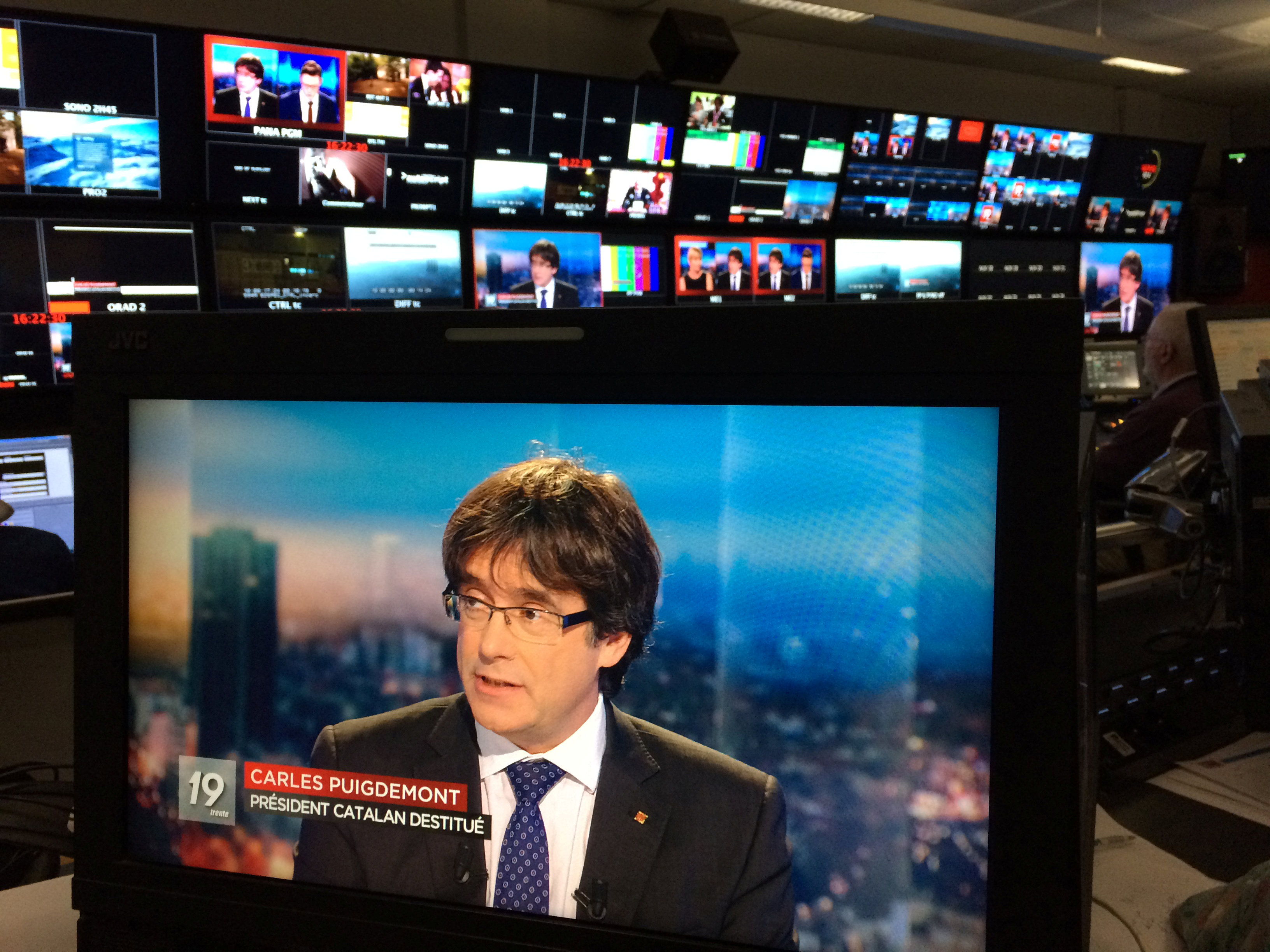 Madrid/Barcelona: Ousted Catalan leader Carles Puigdemont called on Saturday for a united political front in the December 21 election to continue the drive for independence from Spain and to protest the imprisonment of former members of the regional government.
Puigdemont, who went to Belgium after his government was fired following a unilateral declaration of independence, said on Friday he was considering standing in the election from Brussels.
In Spain's gravest political crisis since the return of democracy in the late 1970s, Prime Minister Mariano Rajoy called the snap election after taking control of Catalonia a week ago.
Political parties that wish to run on a common platform have until Tuesday to register any potential coalition and until November 18 to put forward their candidates.
"It is time for all democrats to join together. For Catalonia, for the freedom of political prisoners and for the republic," Puigdemont said in a tweet that included the hashtag llistaunitaria.cat, a site calling for parties to unite against the Spanish government at the ballot box.
Signatures on the website rose to over 27,000 from just 2,000 within a couple of hours of Puigdemont's tweet on Saturday morning.
In a poll published on Tuesday, the pro-independence coalition Junts pel Si (Together for Yes) was seen winning in December with 35.2 per cent if the vote was held immediately.
That would return a parliamentary majority to independence supporters if the group stuck with its current pact with far-left party CUP.
The wealthy northeastern region continues to be evenly split between those that support leaving Spain and those that wish to remain part of the country, according to polls taken since the declaration of independence.
If pro-independence parties run on different tickets, it may be difficult for them to win a parliamentary majority, though the imprisonment of former government members may help unite an electorate already wary of Madrid's tactics, seen by many as heavy handed.
Pro-Spain candidates including Rajoy's People's Party (PP), the Socialists and market-friendly Ciudadanos were out canvassing on Saturday with modest rallies in the region calling for the so-called silent majority to vote en masse in December.
On Thursday, nine members of Puigdemont's sacked cabinet were ordered by Spain's High Court to be held on remand pending an investigation and potential trial. One member of the dismissed cabinet, Santi Vila, was released after paying bail of 50,000 euros ($58,000) on Friday. The other eight could remain in custody for up to four years.
On Friday, Spain issued an arrest warrant for Puigdemont and four associates to answer charges of rebellion, sedition, misuse of public funds, disobedience and breach of trust relating to their secessionist campaign.
Catalan civic groups Asamblea Nacional Catalana and Omnium Cultural - whose leaders were imprisoned last month on sedition charges - have called for a general strike on Nov. 8 and a mass demonstration on November 11 to protest the detentions.
Puigdemont has said he would not return to Spain until he has been given unspecified "guarantees" by the Spanish government
Following the warrant, any extradition process could take up to 45 days according to the Belgium Federal Public Prosecutor's Office.
"To pick someone up and arrest them is not politics. Politics is talking, discussing, to arrest some it seems to me a little bit like a fascist government," Barcelona resident Cristiano Gonzalez, 34, said.