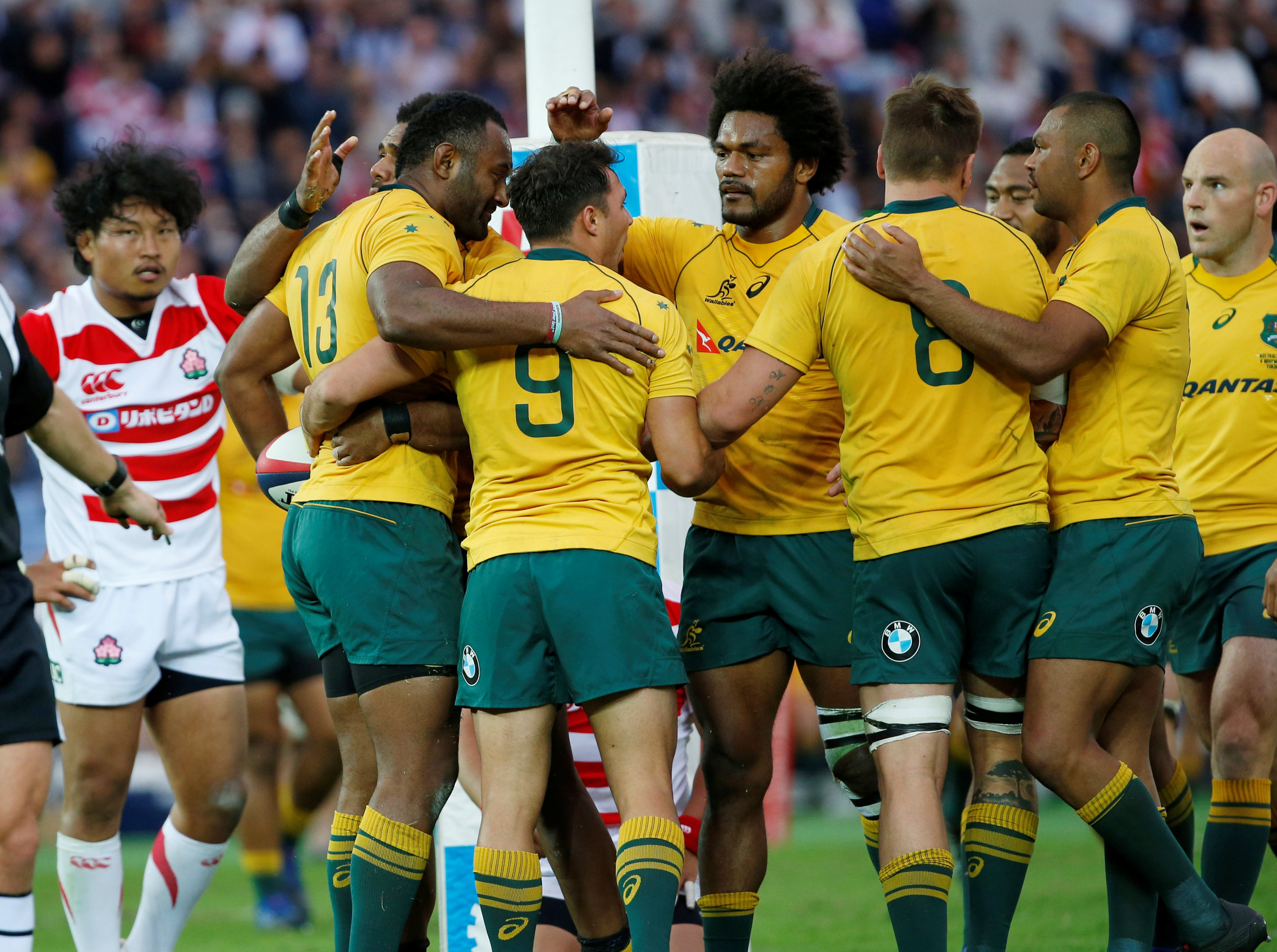 Yokohama: Australia were devastating in attack as they brushed aside Japan 63-30 in Yokohama on Saturday, adding momentum as they head to Europe to face stiffer opposition in Wales, England and Scotland later this month. The Wallabies scored five unanswered tries in the first half at the venue for the 2019 World Cup final to put the game beyond Japan's reach before crossing for four more after the break. The match, held at Yokohama's Nissan Stadium, drew more than 43,000 fans, reflecting the growing interest towards the World Cup. Japan were left to rue their lack of discipline as Australia's first three tries resulted from the visitors opting to kick for touch and successfully crossing the line from the subsequent lineouts. Japan coach Jamie Joseph said his backs were at a disadvantage playing against their opponents who were bigger, more powerful and equally fast. Tevita Kuridrani ran in a hat-trick with his powerful runs and his centre partner Samu Kerevi grabbed two tries for Australia, who were playing their first Test against the hosts on Japanese soil. Wing Henry Speight, hooker Tatafu Polota Nau, lock Rob Simmons and scrumhalf Nick Phipps also scored for the Wallabies as they extended their unbeaten run to six matches. "We're really happy with probably about sixty minutes of our game, some players had really good games," said Australia captain Michael Hooper. Reece Hodge, playing his first Test at flyhalf after Bernard Foley fell ill during the week, proved accurate with the boot, converting all nine conversions. The 23-year old received a stamp of approval from Australia coach Michael Cheika, who told reporters that the utility back did a 'fantastic job'. Locks Wimpie van der Walt and Kazuki Himeno, making their Test debuts, and number eight Amanaki Mafi each touched down for Jamie Joseph's side, who are still struggling to find consistency with two years to go until they host the World Cup. It was a third straight loss to a tier one nation on home soil after they went down in both of their meetings with Ireland in June. Flyhalf Rikiya Matsuda converted four out of five kicks at goal, including three penalty conversions. Replacement back Yu Tamura converted two of Japan's tries in the second half. While Japan's tries came in too late to change the course of the match, the amount of points the Wallabies conceded would be a potential point of worry as they head for Europe. "Japan put thirty points on us, we've got to be better than that but congratulations to them. It was wonderful to play here," Hooper added. The last time the two sides met in a Test was at the 2007 World Cup, when Australia prevailed 91-3 over Japan in Lyon.