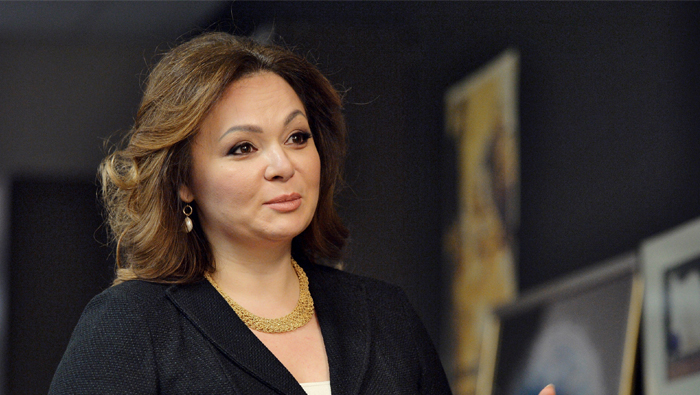 Washington: Russian lawyer Natalia Veselnitskaya, who met with Donald Trump Jr. during the 2016 U.S. presidential campaign, wants permission to return to the United States to defend a claim by prosecutors that her client's company has failed to pay a $6 million settlement in an international money laundering case.
Veselnitskaya represented Prevezon Holdings Ltd, a Russian-controlled company, which in May this year agreed to pay nearly $6 million to the U.S. government to settle a $230 million Russian tax fraud case related to Hermitage Capital, an American fund that invested in Russia.
In a court filing in federal court in Manhattan on Monday U.S. prosecutors said the settlement payment was due on October 31, but in a letter on Tuesday filed in federal court in Manhattan lawyers for Prevezon disagreed.
About half of the settlement money was supposed to come from 3 million euros owed to Prevezon that the U.S. government had asked the Netherlands to freeze.
The Netherlands lifted the hold on the money on October 10, but the same day imposed a new freeze on the account based on a complaint by William Browder, chief executive of Hermitage Capital Management, the Prevezon letter said.
In Monday's court filing, U.S. prosecutors said the $6 million payment was due regardless of the new freeze on the funds and they intended to file a motion to enforce the settlement.
In its letter, Prevezon asked the court to help obtain temporary U.S. immigration status for Veselnitskaya and its owner, Denis Katsyv, so she could attend upcoming hearings about the dispute.
Veselnitskaya met Donald Trump Jr in New York last year while she was in the United States to represent Prevezon in the money laundering case.
Trump Jr. said in a statement at the time that he and Veselnitskaya "primarily discussed a programme about the adoption of Russian children" after Russia in 2012 banned adoptions of Russian children by Americans in retaliation for sanctions imposed under the U.S. Magnitsky Act.
The Magnitsky Act was passed by Congress after Hermitage Capital's Browder claimed that the tax fraud scheme involving Prevezon was uncovered by Sergei Magnitsky, an auditor for Hermitage Capital, who died in a Russian prison.
Trump Jr. has released emails related to the meeting during last year's election that described Veselnitskaya as a Russian government attorney who could provide information that would "incriminate Hillary and her dealings with Russia and would be very useful to your father."