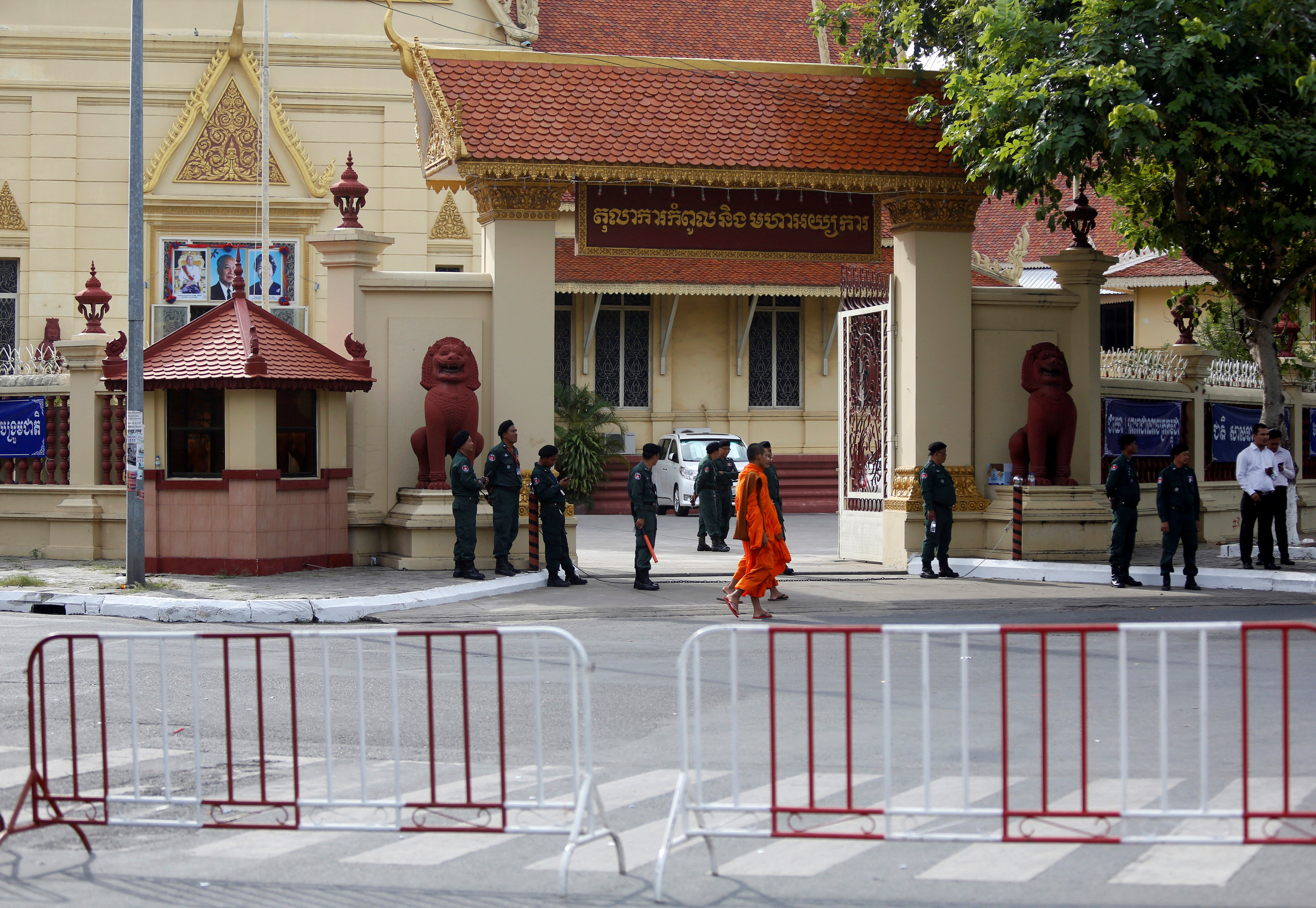 Phnom Penh: A European Parliament delegation warned on Tuesday that Cambodia could face EU action over aid and vital trade preferences if the human rights situation worsened further.
The delegation's statement was the strongest threat of action from representatives of any Western donors since the arrest of opposition leader Kem Sokha in September and steps by Prime Minister Hun Sen's government to dissolve his Cambodia National Rescue Party (CNRP).
The ASEAN (Association of Southeast Asian Nations) Delegation of the European Parliament called for the release of Kem Sokha and an end to the process of dissolving his party.
"The government of Cambodia should be aware that the European Parliament is a co-legislator for budgetary and trade issues," said the delegation's chairman, Werner Langen, a member of German Chancellor Angela Merkel's Christian Democrats party.
"A serious deterioration of the human rights situation might have implications for development assistance programmes and trade preferences," he said after a two-day visit.
Huy Vannak, undersecretary of state at Cambodia's Interior Ministry, said the European Parliament should keep trade and politics separate.
"Some members of the European Parliament should distinguish between political agenda and trade for the interests of the people. We need to create many choices rather than make the interests of the people a hostage of a political agenda," Huy Vannak told Reuters.
"Without economic prosperity, democracy will just be an illusion," he said.
European Union countries accounted for around 40 per cent of Cambodia's exports in 2016. Its exports, mostly of clothing, get fully duty free access under a scheme to help the world's poorest countries.
Western diplomats say in private it would be difficult to secure EU agreement for limiting trade preferences because of the harm it could do to some 700,000 low-wage garment workers employed in Cambodian factories.
The European Union and its member states also gave Cambodia nearly $170 million in development aid last year, according to Cambodian government figures.
That was still well short of the $265 million it got from China, which is now by far the biggest donor and investor and voiced support for Hun Sen's government after the arrest of Kem Sokha.
The government has intensified a crackdown against political opponents, independent media and human rights groups in recent months ahead of an election next July in which Hun Sen's rule of more than 32 years will be at stake.
Cambodia's Supreme Court rejected an appeal to free Kem Sokha on Tuesday, saying his release could be a public risk as the threat of dissolution looms over his party.
Lawyers for Kem Sokha had asked the Supreme Court to rule that his detention was illegal and said he should be granted parliamentary immunity from prosecution.
The Supreme Court is due to rule on Nov. 16 whether to dissolve the CNRP after the government last month filed a lawsuit asking to dissolve it on grounds it was involved in a plot to topple the government.
Kem Sokha was not brought to the court hearing on Tuesday.
"The hearing seems fake," Hem Socheat, a lawyer for Kem Sokha, told the court.
Hun Sen has said his rival was getting help from the United States. The U.S. Embassy in Phnom Penh has rejected any suggestion of interference in politics.