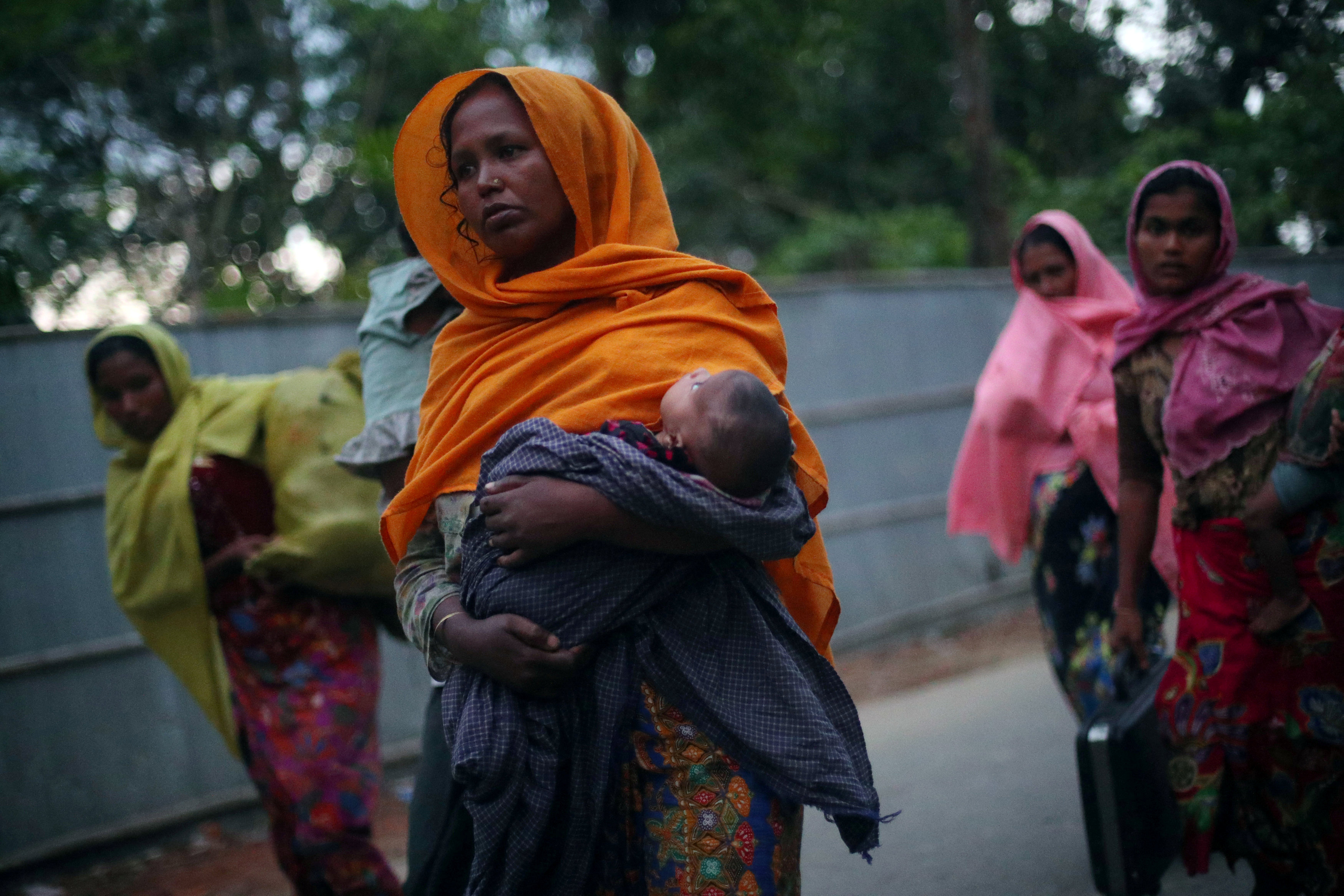 Yangon: Myanmar has blamed Bangladesh for delaying the start of a repatriation process for hundreds of thousands of Rohingya Muslim refugees, saying it feared Dhaka could be stalling until it receives multi-million dollars of international aid money.
More than 600,000 Rohingya have fled predominantly Buddhist Myanmar to neighbouring Bangladesh since late August to escape ethnic violence that accompanied a brutal military counter-insurgency operation after Rohingya militant attacks on security posts in Myanmar's Rakhine State.
Zaw Htay, a spokesman for Myanmar's de facto leader, Aung San Suu Kyi, said Myanmar was ready to begin the repatriation process any time, based along the lines of an agreement that covered returns of Rohingya to Myanmar in the early 1990s.
He said Bangladesh had yet to accept those terms.
"We are ready to start, but the other side did not accept yet, and the process was delayed. This is the number one fact," Zaw Htay, Director-General of the Ministry of the State Counsellor's Office, told journalists on Tuesday.
A memorandum of understanding on border liaison posts was signed with Bangladesh Home Minister Asaduzzaman Khan following talks in the Myanmar capital, Naypyitaw, last week, but there was no progress on reviving the old agreement.
Zaw Htay linked the delay by Bangladesh to the money raised so far by the international community to help build gigantic refugee camps for the Rohingya.
"Currently they have got $400 million. Over their receipt of this amount, we are now afraid of delaying the programme of deporting the refugees," he said in comments carried in a front-page article in the state-run Global New Light of Myanmar newspaper on Wednesday.
"They have got international subsidies. We are now afraid they would have another consideration as to repatriation," he said.
The Bangladesh government issued a statement last Thursday saying that Myanmar had not agreed to 10 points put forward by its minister at last week's talks, including the full implementation of the recommendations of an Advisory Commission on Rakhine State, chaired by former U.N. Secretary General Kofi Annan, for a sustainable return of Rohingya.
Khan told Bangladesh media last Friday that the two sides were unable to form a joint working group but said it should be set up by the time Foreign Minister Abul Hassan Mahmood Ali goes to Myanmar for talks on November 30.
The Myanmar government has said it would accept the Rohingya once it was established that they had lived in Myanmar.
Zaw Htay said Myanmar was awaiting a list of Rohingya refugees from the Bangladesh side.
The United Nation's new interim resident coordinator for Myanmar began his new job on Wednesday.
Knut Ostby, a Norwegian, has taken over the humanitarian and diplomatic role at a time of growing strains with the Myanmar government over the handling of the Rohingya crisis.
Meantime, while Myanmar and Bangladesh work out how Rohingya can eventually go home, the grim exodus from Myanmar continues.
Seven Rohingya, including three babies and two children, drowned trying to make the perilous sea crossing up the coast from Myanmar to Bangladesh earlier this week.
Given the horrors endured by many Rohingya now living in refugee camps it would be unsurprising if they were in no hurry to return to their old homes back in Myanmar.
U.N. investigators interviewing Rohingya living in refugee camps in Bangladesh said on Friday they had gathered testimony pointing to a "consistent, methodical pattern" of killings, torture, rape and arson.
A foremost concern for Myanmar as it prepares to scrutinise any returnees is the risk of Islamist militants sneaking into the country.
The group behind the August 25 attack on around 30 security posts in Rakhine State was the Arakhan Rohingya Salvation Army, but other militant groups have jumped on the plight of the Rohingya to issue a call to arms.
Last week the media arm of Al Qaeda in the Indian Subcontinent (AQIS) released a video to deliver a message from the group's leader, Abu Syed Al Ansari Abu Syed Al Ansari, repeating calls for a war to fight for the Rohingya.
Reuters