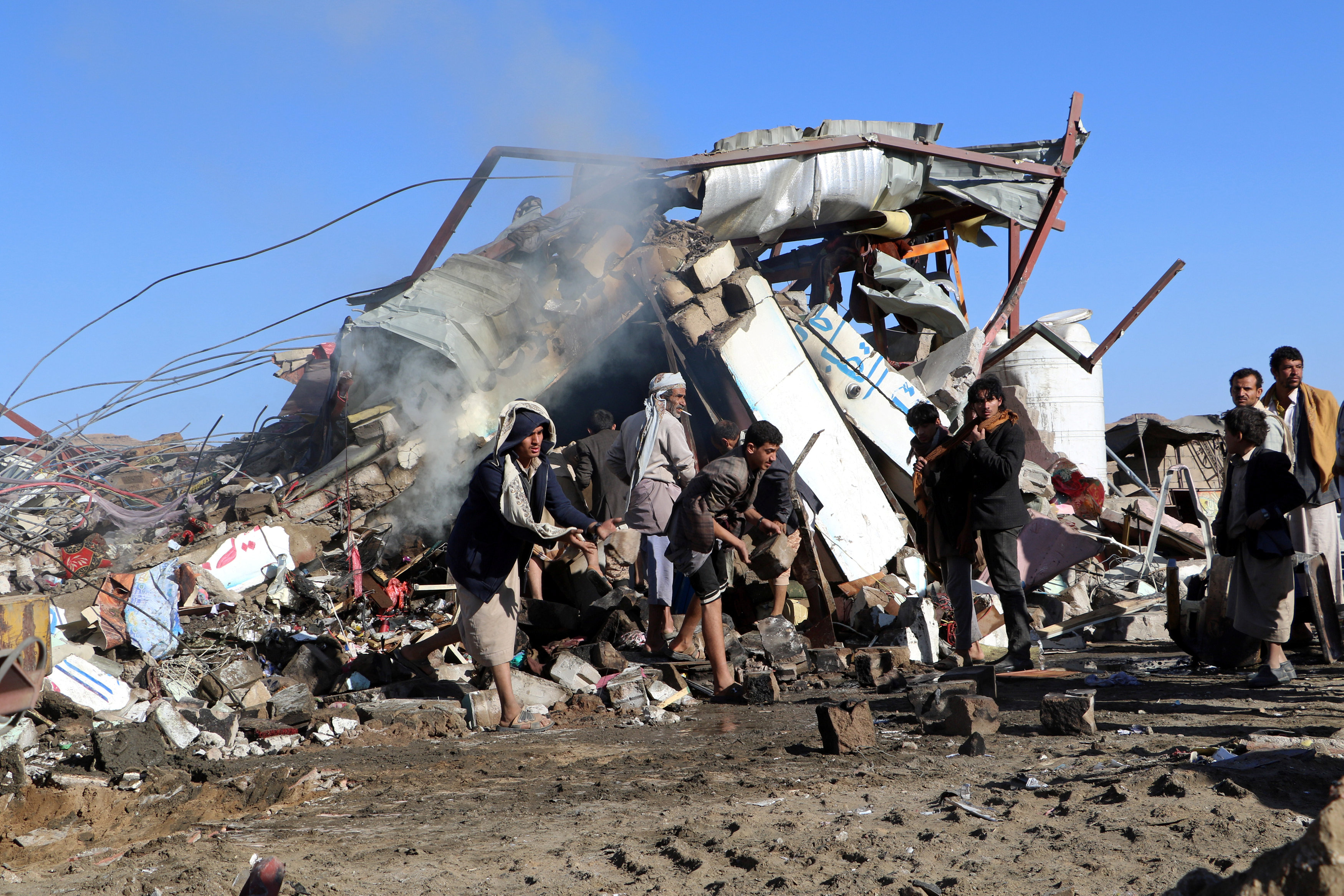 Dubai: An air strike by a Saudi-led military coalition killed 26 people at a hotel and an adjoining market in Yemen's northern Saadah province on Wednesday, according to medics and a Reuters witness at the scene.
The attack which struck the Sahar district of the vast territory, on the border with Saudi Arabia, demolished the budget hotel and reduced market stalls outside to a heap of twisted sheet metal.
Medics gathered corpses and laid them in a group.
A military alliance led by Saudi Arabia has launched thousands of air strikes against Yemen's armed Houthi movement, which hails from Saadah and now controls much of the country.
The 2-1/2 year war effort has yet to achieve its goal of restoring to power the internationally recognised government, but the conflict has unleashed one of the world's worst humanitarian crises and killed at least 10,000 people.