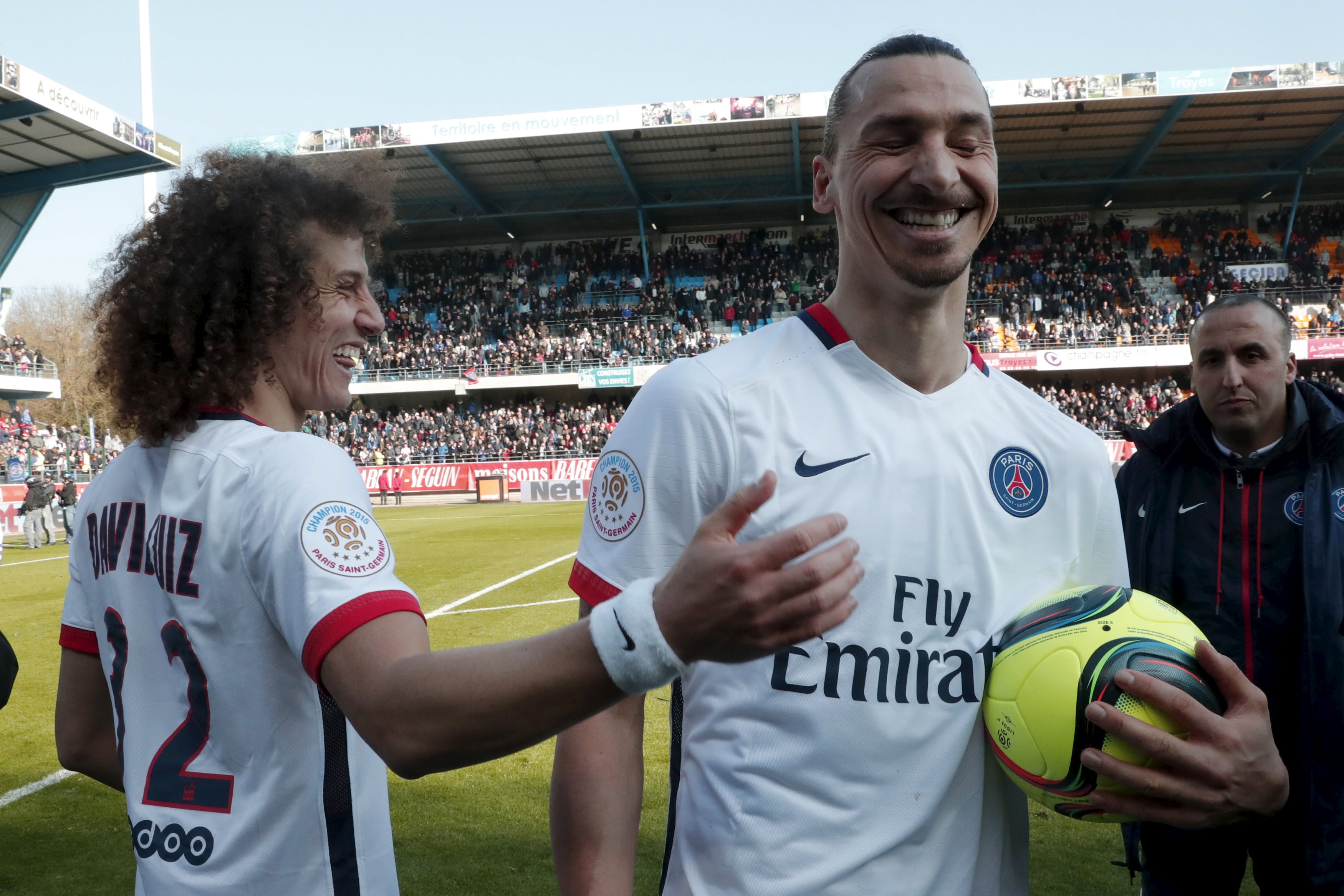 Paris: Four goals from Zlatan Ibrahimovic spurred Paris St Germain to their fourth successive Ligue 1 title with a 9-0 rout of Troyes, becoming the first team to win the championship after 30 matches.
Ibrahimovic's sensational nine-minute hat-trick at the start of the second half followed goals from Edinson Cavani, Javier Pastore and Adrien Rabiot. Matthieu Saunier's own goal and further strikes by Cavani and Ibrahimovic boosted the total.
PSG moved up to 77 points, 25 clear of second-place Monaco, winning the league with eight games still to play.
The championship is the sixth in the club's history and the fastest-ever Ligue 1 victory, breaking the record set by Gerard Houllier's Olympique Lyonnais in 2007, who won the title after 33 matches.
PSG knew that victory over Troyes would secure a historic league triumph following Monaco's 2-2 draw at home to Reims on Friday, leaving them 22 points behind the leaders having played a game more.
The home side started brightly, but Cavani pounced on a wayward pass from Saunier to open the scoring in the 13th minute, his 13th league goal of the season.
Pastore added a second in the 17th minute after receiving a delicious back-heel from Ibrahimovic, evading the attentions of two defenders and finishing calmly over Matthieu Dreyer.
It was 3-0 inside 20 minutes when Cavani's effort was saved by Dreyer and Rabiot slammed home the rebound to take the contest firmly beyond shambolic Troyes.
Ligue 1 top scorer Ibrahimovic made it 4-0 in the 46th minute after fine interplay with Cavani, then added his 25th of the season and 100th goal in Ligue 1 moments later by burying Angel Di Maria's excellent cross.
Ibrahimovic completed his sublime hat-trick three minutes later after fine work from Layvin Kurzawa, with Saunier's own goal in the 58th minute securing PSG's 24th league win of the season.
Troyes substitute Lossemy Karaboue was sent off for denying Cavani a goalscoring opportunity only 10 minutes after coming on and the Uruguayan added the eighth goal from the rebound after Dreyer saved his penalty.
Ibrahimovic took his league tally to 27 at the death following a devastating counter attack as PSG completed a magnificent afternoon.
Having won a domestic quadruple last season, the Qatari-owned side remain on course to better that haul.
They have already won the Trophy of Champions and are still in the running for the French Cup, the League Cup and the Champions League, having eliminated Chelsea in the round of 16 on Wednesday.