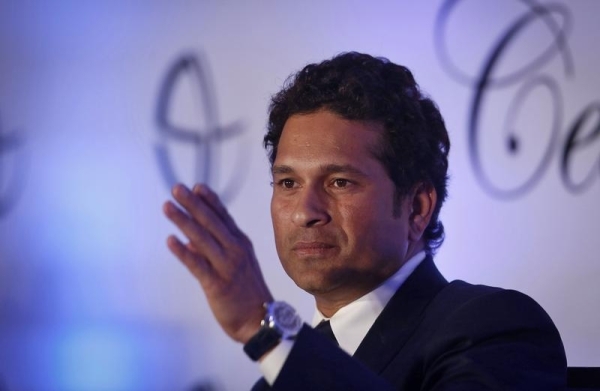 New Delhi: Sachin Tendulkar says the "sound" that came off skipper Mahendra Singh Dhoni's bat during the recent Asia Cup was a reflection of his positive mindset and it was good news for already "favourites" India in the World Twenty20.
Dhoni's well-earned tag of world's best finisher was under scrutiny following a prolonged poor run but the Indian captain sort of redeemed himself with some fantastic cameos during the Asia Cup.
"No player in the world has ever been in good form throughout his life as he is not a machine. When I heard the sound of the ball meeting Dhoni's bat, I felt that it was a different sound. That was the sound that tells you that the batsman is in different mindset," Tendulkar told Aaj Tak news channel on Sunday.
"The biggest asset of Dhoni is his ability to absorb the pressure which has made him a good captain. He has matured over the years. He does not show even when he is tense which is also a good sign. Often a captain who is short-tempered or nervous can create panic among ranks which is not the case with Dhoni," Tendulkar explained.
Yuvraj, who has been Tendulkar's protege, has also shown signs of being back in his elements and it has not escaped the legend's attention.
"During Asia Cup, I found his mindset changing, which is good for India. Again, like Dhoni, that feel of the bat hitting the ball was important for me but the most important thing has been Yuvi's footwork. As far as the 'Game Changer' is concerned, I feel Jasprit Bumrah can be that man for India in the World T20. He has a deceptive action and may look slow but hits the bat harder than you can think," said the 42-year-old.
For the owner of 100 international hundreds, the best part about Indian team is its flexibility.
"The biggest strength in our team is that there is no predictable pattern in our team strategy. We have seen Yuvraj and Dhoni being shuffled in the batting order. Similarly, Ashwin has opened the bowling for India. The balance in our side is fantastic. So I feel, in terms of celebrations, April 3, 2016 in Kolkata will not be different from April 2, 2011," Tendulkar said.
For Tendulkar, England, Australia, India and South Africa are likely to make the semifinal line-up and England is a team that can trouble India the most.