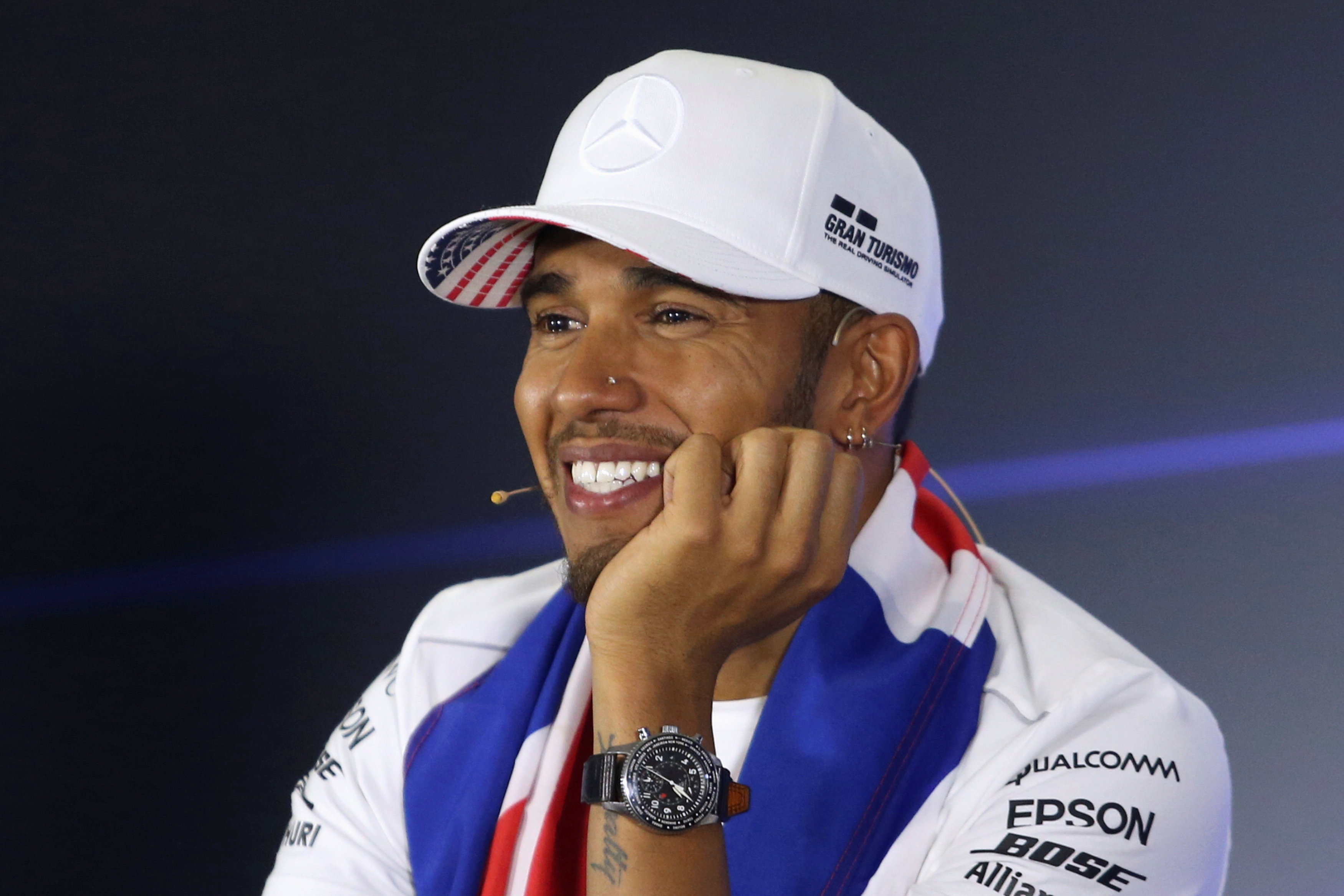 Mexico City: Lewis Hamilton says he plans to go out at the top but is not about to "do the easy thing" like former Mercedes teammate Nico Rosberg who quit days after winning last year's Formula One world championship.
Hamilton clinched his fourth title in Mexico with two races to spare on Sunday, becoming the most successful British driver of all time, but he reassured reporters that he was far from done.
"Four is a great number. But I want number five now," declared the 32-year-old, who also races with the number 44 on his car.
"I want to go out at the top ... I could do the easy thing, like obviously Nico did, which is just stop and retreat with these four titles. But I think there’s more in me.
"I think there’s more to come, more of a challenge. There’s harder times ahead and I like that, I love that. That’s challenging and it would be so boring without it."
Rosberg announced last December, days after securing his first title, that he was retiring after a career spent battling Hamilton.
The German, a family man, made clear he had been drained by the 2016 campaign and was not prepared to expend the same amount of physical and mental energy to defend a title that had been so hard to win.
Hamilton, who is developing interests outside of the sport in music, film and fashion, said he too had considered a change of scene but that was still some way down the road.
"I will continue to race while I love it, I’ve enjoyed it this year more than ever," he said.
"I do think about how it would be so nice at some stage just to live in one place, a lot more socialising, walking your dogs every day or surfing.
"But then I’m thinking, there’s a lot of life to live beyond 40. There’s a lot to go."
Next season will see two four times world champions, Hamilton and Ferrari's Sebastian Vettel, duelling on track with Red Bull's 20-year-old Dutch star Max Verstappen -- the winner on Sunday -- leading a new generation.
McLaren's double title-holder Fernando Alonso will also potentially be in a more competitive car.
"It’s kind of cool to be in this battle with him," the Briton, who now has a record 72 pole positions and the second most wins (62) after Michael Schumacher (91), said of his new arch-rival Vettel.
"He got 50 poles yesterday (Saturday) and I’m like ‘Hmm, I don’t want to give him any more poles because he gets closer to me’. So I’ve got to keep on, act as inspiration to keep pushing it. Same with wins, same with championships."
Hamilton, who is expected to agree a contract extension soon, said the fact that Vettel had signed for three more years with Ferrari, keeping him there until 2020, was also a source of motivation.
"I’m like:‘Ferrari are not going to like me for the next couple of years’," he said.
"But it’s OK because we are going to make it as hard as it can possibly be for them to win championships. I really am looking forward to that battle with them."