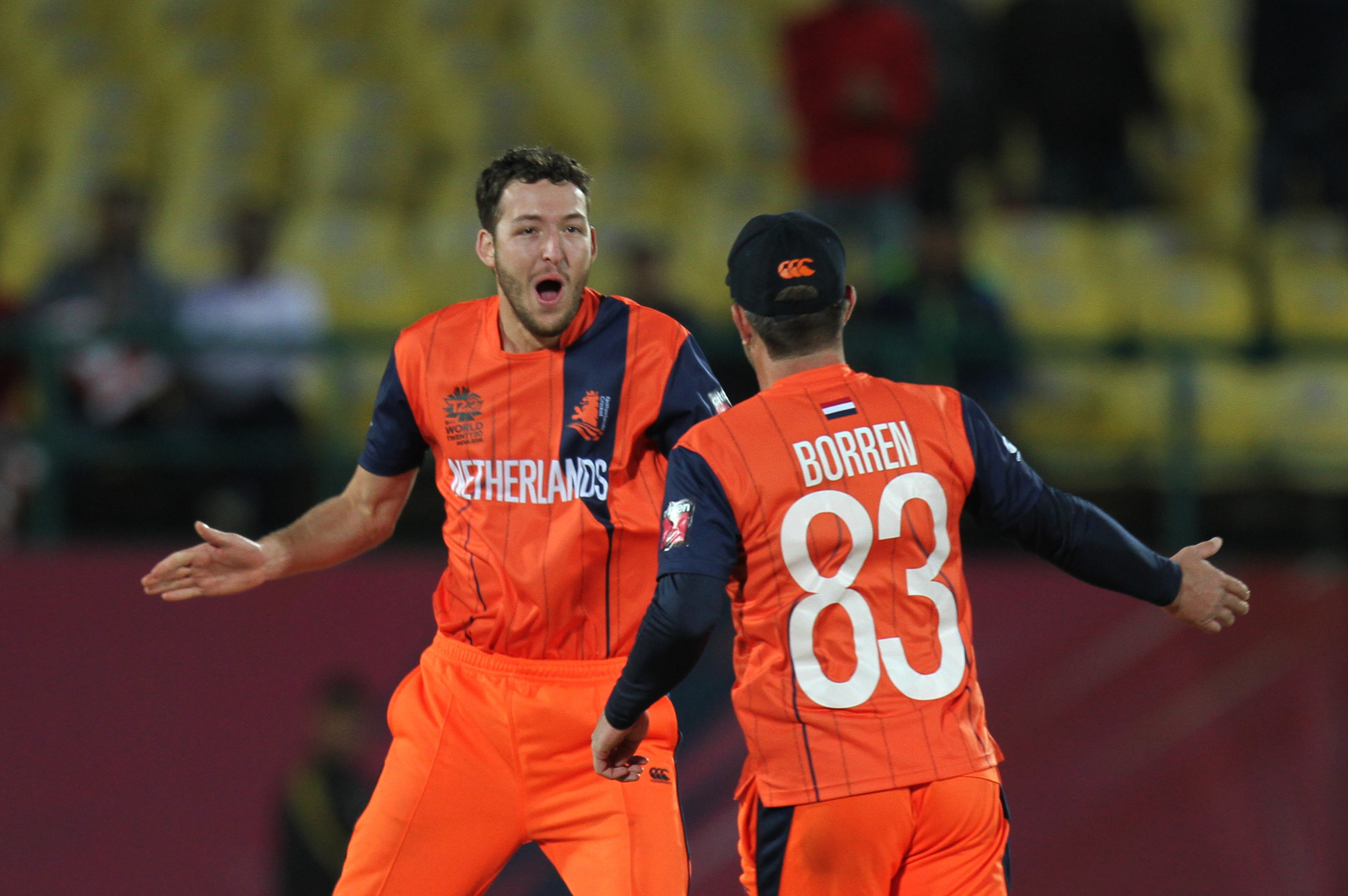 Dharamsala, India: Medium pacer Paul van Meekeren bagged a career-best four wicket haul as the Netherlands picked up an entertaining 12-run win over Ireland in a rain-hit dead rubber of the ICC World T20 qualifier here on Sunday.
The rain reduced the inconsequential game to six over a side contest. Stephan Myburgh (27) helped The Netherlands get 59 for five in six overs before Meekeren provided timely wickets to restrict Ireland to 47 for 7 in six overs.
Both teams were not in the race to qualify for the tournament proper but the Dutch exit the tournament on a high after a consolation win today.
Left-arm spinner Roelof van der Merwe also picked up two important wickets for the Netherlands in what turned out to be an exciting contest after rain played spoilsport for most part of the day.
Amongst Meekeren's scalps was the prized wicket of the dangerous Kevin O' Brien, who was caught in the deep courtesy a spectacular running catch by Pieter Seelar.
Talking about his match winning effort, Meekeren said: "It's special, I'm not sure if it's happened yet. The captain told me to bowl short of length and into the stumps and it was perfect conditions for me so felt great. We had been preparing for this for the last three weeks, maybe six months, and it worked out well. I'd also like to thank the ground-staff, they did an excellent job because it didn't look like we were going to have a match earlier".