All praise for Oman as Committee for International Humanitarian Law formed 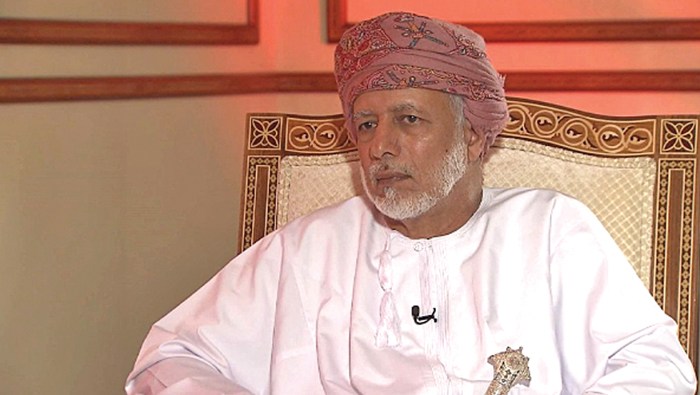 Muscat: Oman has taken another step towards becoming a global champion of helping those in need, by setting up the Omani Committee for International Humanitarian Law.
The decision was finalised by Yousuf bin Alawi bin Abdullah, Minister Responsible for Foreign Affairs, who made it official by signing Ministerial Decision No. 330/2017
The committee will now spearhead Oman’s initiatives in international and humanitarian law, and shall be headed by the representative of the Ministry of Foreign Affairs, who will be appointed to the post of Director General of the committee.
Other government representatives can also be nominated to this post, and others within the committee, with employees from various ministries, the Royal Oman Police, the Public Authority for Civil Defence and Ambulance, Sultan Qaboos University and the Omani Authority for Charitable Organisations, all capable of serving on this committee in some capacity.
The decree was also published in the Sultanate’s Official Gazette, which was issued by the country’s Ministry for Legal Affairs.
“The Committee can seek the assistance of suitable consultants, experts and specialists to attend its sessions, with the aim of being guided by their opinions, without having a vote in the decisions or recommendations of the Committee,” stated the gazette. “The term of office of the Omani Committee for International Humanitarian Law is three years, renewable for a period or for similar periods. The Minister Responsible for Foreign Affairs issues the decision to nominate the president and members of the committee.”
“I do not think that there is currently an effective conflict in Omani law with international laws,” said Said Al Saidi, founder of the Said Saidi Law Firm for Legal Consultations. “Most of the laws in the Arab world are derived from Egyptian law and Egyptian law is derived from French laws.”
Charitable organisations and individuals in Oman were quick to praise the government’s latest diplomatic move.
“I think it is very good that Oman is now looking not just within its own borders, but looking beyond them as well,” said Jane Jaffer, head of Dar Al Atta’a ‘Let’s Read Programme.’
“They are thinking globally now, not just nationally, so that’s an excellent move forward.”
PM Jabir is the cultural welfare secretary of Oman’s Indian Social Club, and has helped many people who have had need for aid in the Sultanate. “This is a very welcome move, because Oman has always tried to positively help others,” he said.
“The country has always been very friendly with migrants, and this will create a more positive atmosphere in the country, because now any concerns they have can be looked after. Oman already has a good international standing, but they don’t boast about it and keep a low profile.”
“In spite of this, Oman is well-known for its humanitarian endeavours,” added Jabir. “Oman is a very good country, and having visited many other Arab countries, I can say that Oman is very helpful towards migrants. We must always remember to help the less fortunate, and those who are in a better position need to help them through approved charity organisations, don’t just give your aid to anyone else.”
Jacinta Machado is another resident who often organises charitable efforts in the country. She too was happy to see such a prominent step taken by the government.
“There are so many places where we’d like to send aid, but there is unfortunately no one we can connect to over there,” she said. “There have been many times when we have had many people come to us, asking us if we’ve been organising aid towards a particular cause, when there has been no connection on the other side, so even if we collect these goods, we cannot give them to anyone. This is a very good thing, because now Oman will have links to all the other countries, and if there is a disaster there, we can reach out to them through official channels.
“As it is, Oman is a peace-loving country and His Majesty is known in international circles as someone who is striving to achieve piece in so many ways,” added Machado. “If it is known that there is now a government body that is promoting humanitarian efforts like this, it will definitely put Oman on the world map as far as this is concerned, because right now, there are still some people who don’t know about this. If you keep doing good the way people in Oman have been doing so far, there is much, much more Oman can do. This will help Oman lend a helping hand to the truly needy people.”
Indra Mani Pandey, India’s ambassador to Oman, urged non-resident Indians in the country to support this endeavour of the government in the best possible manner.
“It is a great initiative and is in line with Oman’s tradition to work with countries and provide assistance, both regionally and globally,” he said. “For the Indian community here, it provides an opportunity for them to contribute to the government’s aid efforts.”